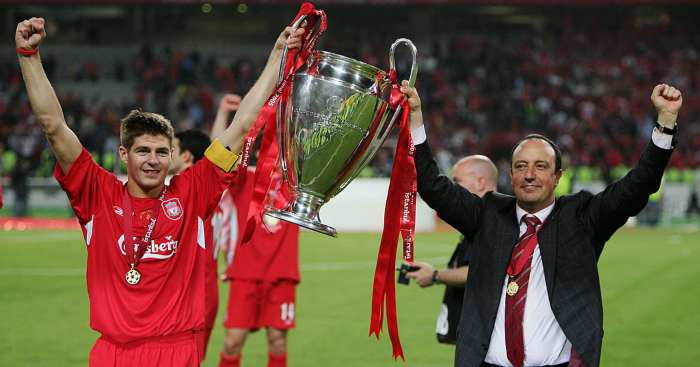 Rafael Benitez didn’t rule out taking over at Everton in the future despite his links to their city rivals Liverpool.

During his time at Anfield, Benitez won an FA Cup, a Community Shield and a UEFA Super Cup, while he will always be fondly remembered by Liverpool fans for their 2004-05 Champions League final triumph in Istanbul.

However, when asked whether he would consider a return to Merseyside but with Everton – who are currently on the lookout for a new manager – Benitez refused to rule a move out in the future.

“I have Liverpool connections, that’s very clear. But at the same time we are involved in the city, we have lots of friends in the city, Evertonians and Liverpudlians,” Benitez, who is currently Dalian Yifang boss, told Sky Sports.

“I don’t have any problem with the fans or the people there. I have a very good connection with the city.

“At the moment, I can’t come back to the Premier League, but we’ll see. In the future, you never know. I’m a professional.

“I know when I said that Liverpool fans were happy and Everton fans unhappy but that’s not what I meant.”