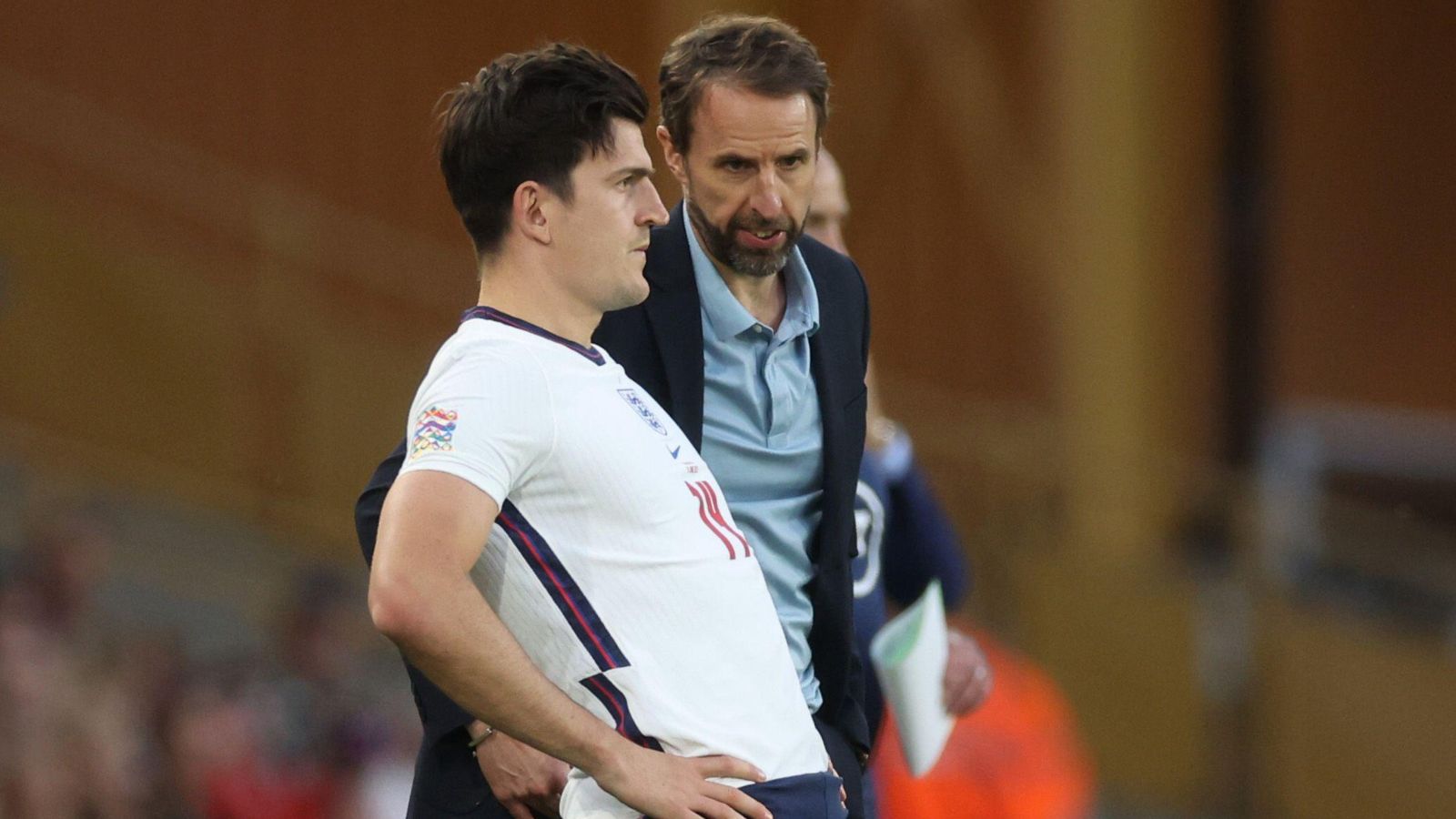 Darren Bent thinks Gareth Southgate should stick to watching international matches if he’s not going to pick the England squad on club form.

There was uproar on social media yesterday when Manchester United captain Harry Maguire was included in Southgate’s expanded 28-man squad to face Italy and Germany in the Nations League later this month.

It will be Southgate’s final opportunity to take a look at his squad before the World Cup in Qatar, which starts on November 20.

With that in mind it comes as little surprise that Southgate selected a number of familiar faces despite the players not getting much game time at their clubs this season.

Maguire, who has been a scapegoat for supporters over the past couple of seasons, has not been at his best for a while now and the Man Utd captain has started just three matches in all competitions so far this campaign.

“It is not ideal, but we feel they have been, and can be, important players for us.

“It is not a perfect situation but there is still a lot of football to be played before Qatar.”

Arsenal defender Ben White has started all six of the Gunners’ Premier League matches so far this season, albeit at right-back, but Bent reckons White should’ve been in the squad over Maguire.

“I don’t understand how White isn’t in the squad,” Bent told talkSPORT. “This is where Southgate frustrates the life out of me.

“He has played every single game for the team who currently sit top of the Premier League table. I know it’s been at right-back, but he is very good at centre-half.

“Maguire, I get it. He’s never let England down, I get that. But if you look at his form last season and the way he started this season, he should be nowhere near the squad.

“He’s started three games this season and he’s lost all three. How is he in the squad? If Southgate wants to pick players on form… why watch club football?

“If you’re not going to pick players on club form, just watch international games then. How can Maguire be in the squad and White is not? Maguire isn’t even playing.”