Home All The News Bent: ‘Over-emotional’ Pickford should be England’s third-choice 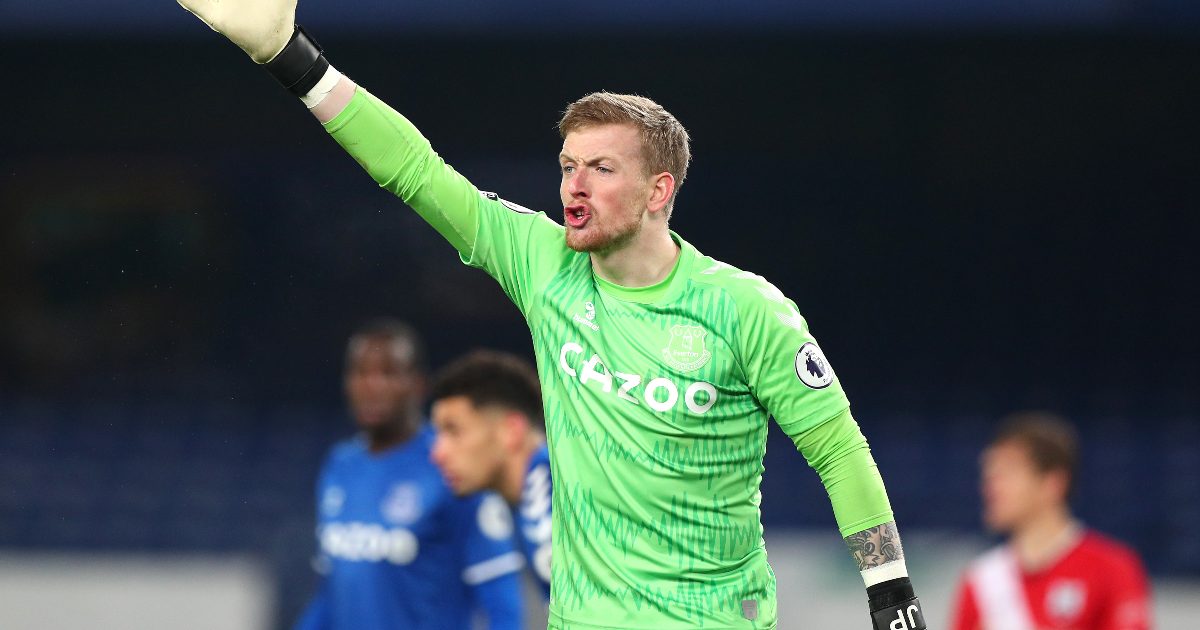 Jordan Pickford should be England’s third-choice goalkeeper this summer behind Dean Henderson and Nick Pope, according to Darren Bent.

The goalkeeper came through the ranks with Sunderland and he made his debut for them during the 2015/16 season.

Pickford went onto establish himself as their number one during the 2016/17 campaign.

It was a difficult season for the Black Cats as they were relegated down to the Championship at the end of the season.

But Pickford shone for his boyhood club in his first full year in the Premier League. He played 32 times that term and he was nominated for the PFA Young Player of the Year award.

His form that year tempted Everton to sign him for an initial fee of around £25m. He immediately established himself as their number one and he has been ever-present in their team since his move.

The Englishman has played 154 times for the Toffees from his three-and-a-half years at the club. His performances for them has earned him a regular place in the England team.

Pickford has been capped 30 times since making his debut in 2017. Most of this time has been spent as their number one and he played every game at the 2018 World Cup.

His form has been up and down in recent years which has fuelled talk that he could lose his England number one jersey. He currently has an abdominal injury that has ruled him out of Gareth Southgate’s squad.

West Brom ‘keeper Sam Johnstone was called up in his absence. Burnley goalkeeper Pope started against San Marino and Albania and he looks set to keep his place against Poland on Wednesday night.

Bent told talkSPORT that he would pick Henderson and Pope over Pickford:

“If I had to put them in order I’d probably go Henderson, Pope, Pickford.

“I do like Pickford but I think he gets a little bit over-emotional. His distribution is second to none though, he can kick the ball far.

“But I think in situations like the World Cup or the Euros you need calm heads. It’s a difficult one because we know he’s [Pickford] never let Gareth Southgate down.”