Home All The News Benteke: Origi tired out Palace defenders 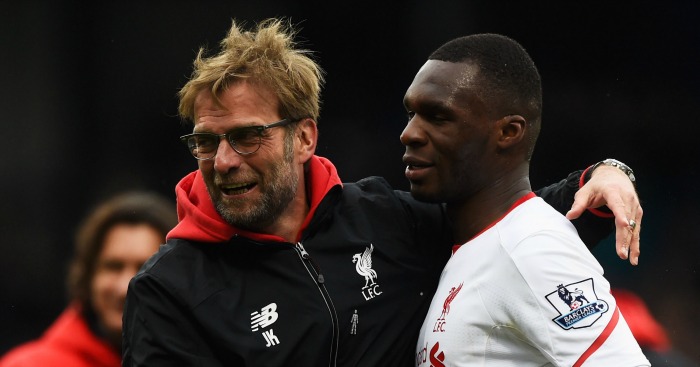 Christian Benteke won and scored the penalty that finally beat Palace 2-1, but it was Origi who had impressed with his energy for the opening 80 minutes. In fact, he impressed so much that our Matt Stead was moved to write something about the lesser-known Belgian.

Palace defender Damien Delaney may have been convinced (wrongly) that it was not a penalty, but Benteke was convinced he would score despite not scoring a Premier League goal since December.

“When the referee pointed to the penalty spot, straight away I said I would take the responsibility. No matter what, I had to take it and in my mind I was sure I was going to score.

“I’m very happy to help the team and I have to say everyone worked really hard, especially Divock [Origi] in attack. It was easier for me at the end because they [Palace defenders] were a bit tired.

“Hopefully I’m going to score a lot of goals between now and the end of the season, but as long we win that is the main thing.

“I’m very happy because we know to play against Palace here is never easy and we can be really proud of ourselves because we won with 10 men and we are really happy.

“It’s back-to-back wins. We can be happy and now we have to focus again. We have a really big game on Thursday against Manchester United and we want to do well in the Europa League as well, so we’re going to just keep going.”