Home All The News ‘Benzema won it’ – Henry says ‘close the votes’, as Fabregas backs Real teammate for Ballon d’Or 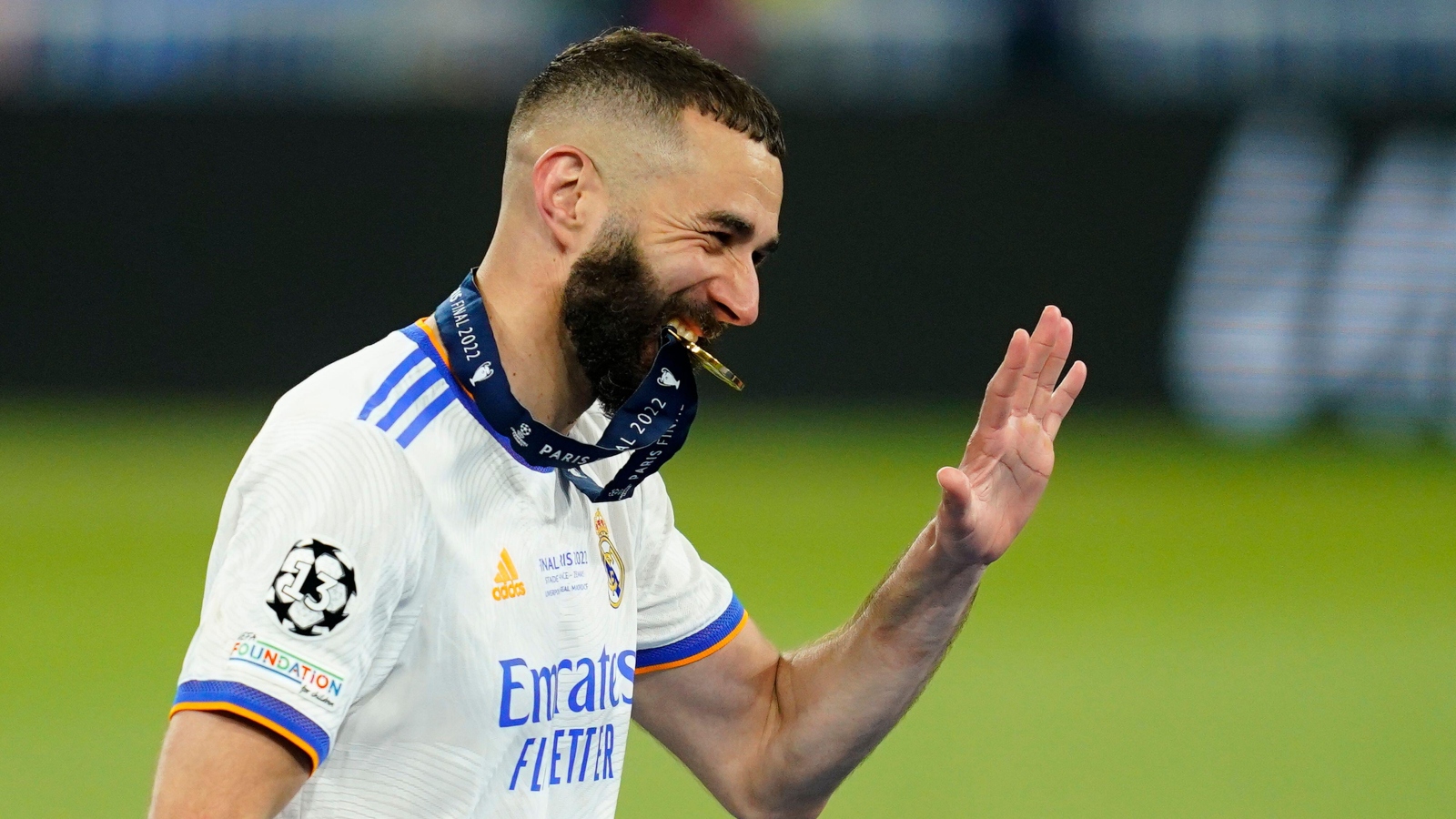 Los Blancos claimed their 14th Champions League title with a 1-0 win against Liverpool on Saturday night.

Ranking the 15 Championship play-off finals at the new Wembley; we’re overdue a classic

Brazilian winger Vinicius Jr scored the only goal of the game but Madrid would not have reached the final if it wasn’t for Benzema.

The Frenchman scored 15 goals in the competition and had a strike controversially ruled out for offside in the final.

He has been the front runner to win this year’s Ballon d’Or for some time, with many believing that his Champions League success makes him a shoo-in for the award.

Speaking after the match, Arsenal legend Thierry Henry said it is time to “close the votes”. He told CBS Sports (quotes via Metro): “I just wanted to say something to France Football or whoever is voting [on the Ballon d’Or]: Close the votes, Benzema won it. Bye.”

However, fellow Arsenal icon Fabregas has said that Courtois deserves the award after he put in a man of the match display against Jurgen Klopp’s side.

Fabregas tweeted before the match: “Not a big fan of individual trophies like that but surely the Ballon d’Or could/should be decided tonight? Mane? Salah? Benzema?”

Afterwards, he threw the Belgian goalkeeper into the equation, writing on Twitter: “I would add and most probably give it to Courtois. Insane season.”

A new trophy that rewards a hard collective and individual work. 🏆
Thanks to all Madridistas, the trophy is also yours ¡ 𝗛𝗔𝗟𝗔 𝗠𝗔𝗗𝗥𝗜𝗗! 🤍

After disagreeing with Michael Owen when the former Liverpool striker said that the Reds are still the “team to beat” in Europe despite their Champions League final defeat, Rio Ferdinand had his say on the Ballon d’Or debate.

He said on BT Sport after the match: “Finally the argument is over for the Ballon d’Or. If Karim Benzema doesn’t get the Ballon d’Or along with this trophy it’ll be a travesty.”