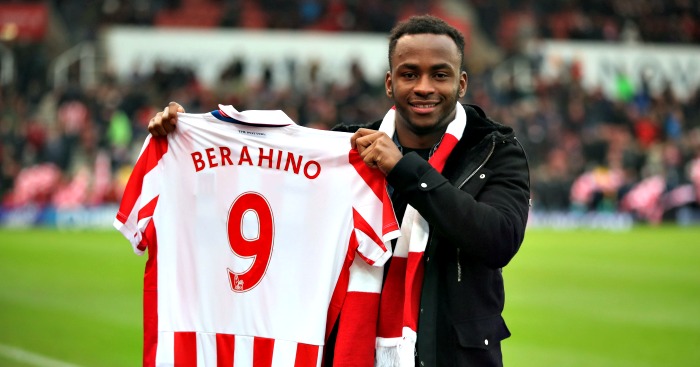 Saido Berahino has claimed he failed a drugs test earlier this season because his drink was spiked in a nightclub.

The Stoke striker missed a number of games for his then club West Brom with what was initially attributed to fitness issues and depression.

But Berahino said in an interview with BBC Football Focus that he failed a drugs test due to circumstances beyond his control.

Berahino told the programme: “To be banned for something you haven’t done is hard to take.

“You go on a night out, you don’t know who you are around and there are people who are out to get you.

“Of course, I was in a nightclub, so I hold my hand up for being irresponsible.

“From then on it all crashed down. To this day, I still cannot understand who would want to do that to me.”

Baggies boss Tony Pulis had repeatedly deflected questions about Berahino’s absence and it was not until his Stoke counterpart Mark Hughes revealed in January that the player had been suspended due to “a Football Association disciplinary matter” that the reason for his absence came to light.

However the England Under-21 international was in no mood to give his credit to his former club, with whom his relationship had become increasingly strained.

Berahino, who joined Albion at the age of 11, turned down three new contract offers and grew increasingly bitter after being denied a number of prospective transfer window moves.

Berahino added: “”No-one protected me at that club.

“”I was depressed. Every morning I walked in the training ground I didn’t want to be there.

“Going from loving something to hating the place that has made you is hard to take. Hate is a strong word but I really didn’t want to be there.

“That is one of the reasons I didn’t sign the contracts they put on the table. It was not about money, it was about my happiness.”