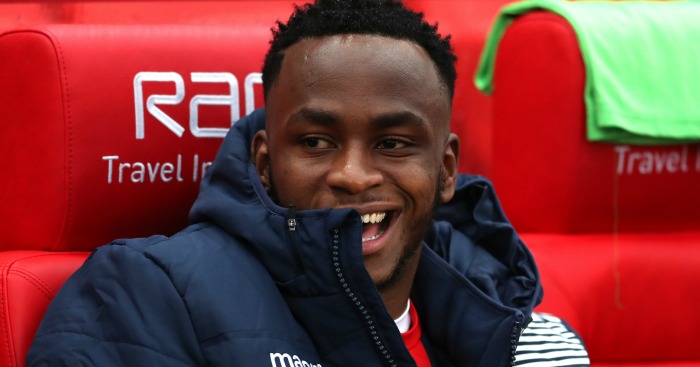 Saido Berahino has laid into The Sun after being pushed to his “breaking point”.

Stoke striker Berahino has been in the news this week with regards to matters in his personal life.

The 24-year-old had enough after a third straight day of photographers hanging around outside his house, however.

“I’ve stayed silent for a long time but I’ve reached my breaking point,” read a message posted on social media, complete with video of paparazzi carrying both a camera and their tail between their legs.

“What I do in my private life has nothing to do with anyone but my family.

“@thesun this unacceptable and we all know why they keep trying to drag me to the ground.

“When GOD is for me no weapon can hold me!!

“Bless my sister, she had to deal with them for hours!!”

Im just a boy from Burundi no one cares about me and stop coming to my house @TheSun @sunnews point period✊🏾✊🏾 pic.twitter.com/CxvnWlHtXN

Saido Berahino doesn’t buy The Sun, and nor should you.