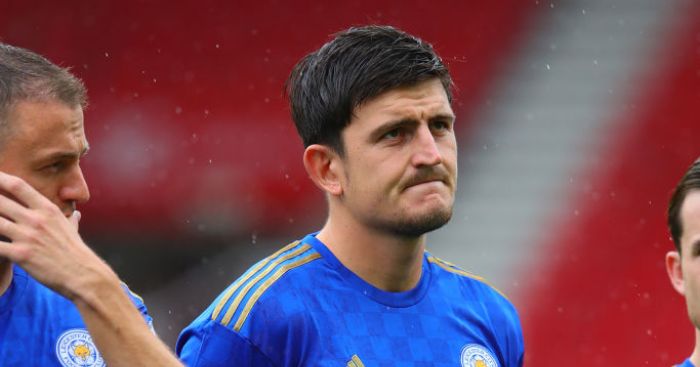 Harry Maguire will find it “sh*t” playing against former club Leicester on Saturday, according to Dimitar Berbatov.

Maguire faces the club that shaped him into the world’s most expensive defender for the first time since leaving at the weekend.

The England international has had an indifferent start at Old Trafford, with the opening-day clean sheet proving a false dawn.

United have since drawn with both Wolves and Southampton, losing to Crystal Palace in a below-par start – although Maguire has been one of their better players.

“United have a tough match against Leicester at Old Trafford on Saturday,” Berbatov told Betfair.

“It could be a particularly difficult one for Harry Maguire who joined them from Leicester in August.

“Playing against your old club is sh*t. It’s very difficult to spend two seasons somewhere – as Maguire did at Leicester and I did at Spurs – showing what you can do then get a big move and have to play against your old teammates with whom you’re probably still in touch.

“As hard as you try to be professional, friendships can sometimes get in the way.

“United’s performance against Southampton last time out was not what I want to see from United. They need a win but that can make for a tense atmosphere and prevent you playing good football.

“It will be interesting to see which United players go looking for the ball on Saturday. I really hope they start as if they’re desperate to win. An early goal would ease the tension but Maguire and his team-mates will need to keep it tight at the back, as they failed to hold on to the lead at Southampton.

“I’m backing United to win a close match and, as they’ve only kept one clean sheet so far, will go with 2-1 as the score.”