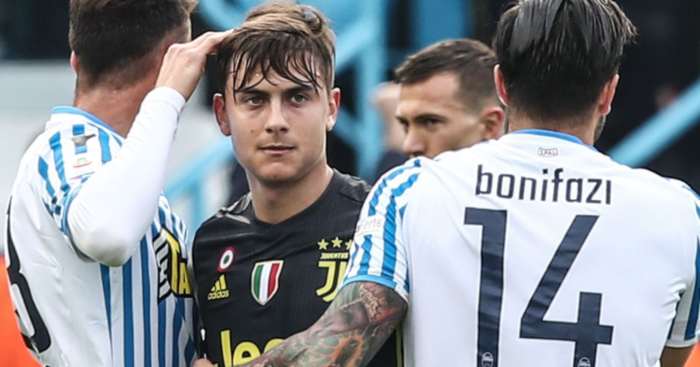 Dimitar Berbatov reckons that Paulo Dybala could find it a struggle at Manchester United if he moves there from Juventus this summer.

Dybala is being strongly tipped to move to Old Trafford before Thursday’s deadline, with Juventus keen to swap the Argentina international with Red Devils frontman Romelu Lukaku.

The reigning Serie A champions view the Belgium international as a player who can thrive alongside Cristiano Ronaldo in attack next season, and help them end their long wait for Champions League success under Maurizio Sarri.

United are still trying to broker a swap deal that will see Dybala and Lukaku exchange places, in what would be one of the biggest transfers of the summer.

“I am a fan of Dybala. You can see his football intelligence. The thinking, his pass, the left-foot, his shots, his free-kicks, I like him a lot,” Berbatov told the Metro.

“The only thing is that he is not tall or big, he’s small. Will he fit into the Premier League where it’s more physical?

“But you look at other players with his stature – David Silva for example – he’s a legend. It’s important for him to look at those types of players if the swap [goes through].”

On the swap deal itself, Berbatov added: “This is down to what the managers want.

“If Maurizio Sarri wants someone like Lukaku and thinks Juventus can benefit and Ole thinks Dybala is someone he needs and that he doesn’t need a traditional number nine then it’s good for everyone.

“Now it’s down to find a solution but what happens if Dybala decides he likes Italy and doesn’t want to go?’

“I am surprised because Juventus have Higuain, Mandzukic, Ronaldo. I like Higuain a lot, he gets unfair criticism. He’s a very intelligent player and I like the way he moves.

“In this case I am very surprised because they have a lot of other strikers.But in football now you have agents. They are a vital point in football and in business.

“They’re so important now because they can even negotiate deals, sometimes deals that you don’t want even want they can persuade you to take them.”