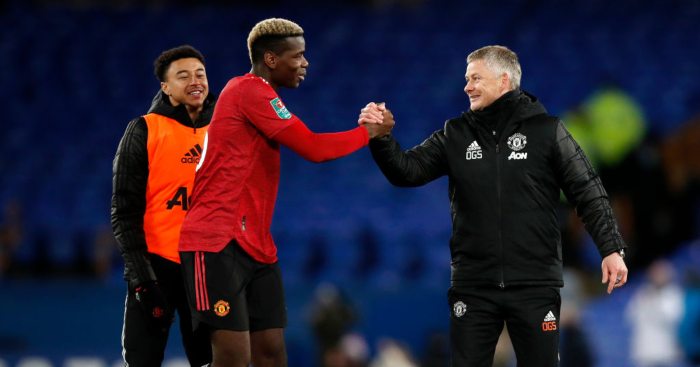 Dimitar Berbatov was impressed with Paul Pogba’s “fighting” performance against Liverpool on Sunday.

Pogba rejoined Manchester United from Juventus in a then world-record fee of around £89.3m plus add-ons.

The Frenchman’s second stint at Man United has been mixed so far. Over the past few years, he has been consistently linked with a move away from the Red Devils.

Man United are now eleven games unbeaten in all competitions. Pogba has played a big part in their up-turn in form.

The 27-year-old has played 90 minutes in Man United’s last four Premier League games. Pogba has made 23 appearances across all competitions this season. He has three goals and four assists.

Berbatov told Stats Perform News, as cited by GOAL, that Pogba was “solid on the pitch again” against Liverpool:

“It’s been a long time since I’ve seen him open on the pitch fighting, intercepting, reading the game.

“In the game against Liverpool, again, he continued on that trend for me. He was solid on the pitch again, trying to read and control the game, defending and intercepting.

“The chance that fell to him was because he was again in the box trying to score, though it didn’t happen this time. Next time, it’s going to happen.

“But as I said many times before, I hope that the TV soap opera over him – whether he’s going or staying – is going to end, and we’re not going to speak about that.

“I would like him to stay because I knew him back in the day, he was coming to train with us when he was still very young. You could see the talent straight away.

“If he’s concentrated 100 per cent for the team, then he’s on a level I think not many players can reach in the way he does.”