Home All The News Berbatov on being misunderstood: ‘People can go f*ck themselves’ 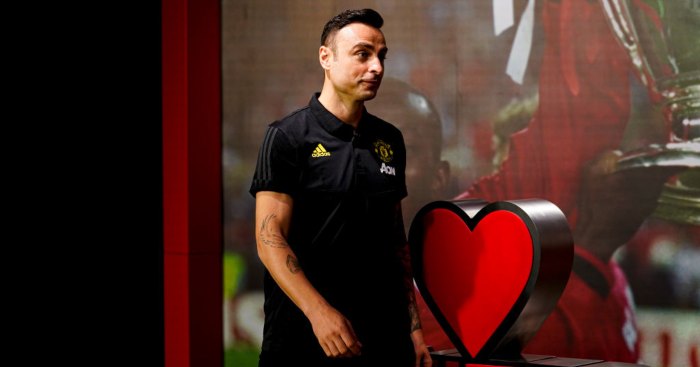 Former Manchester United and Tottenham striker Dimitar Berbatov has told pundits that misunderstood his football artistry to “go f*ck themselves”.

The Bulgarian was often viewed as lazy during his time as a player despite his obvious talent and success in the Premier League.

However, Berbatov is still offended by the opinions of some pundits over his playing style that included lots of flicks and tricks.

“I was an artist on the pitch,” Berbatov told Goal in a wide-ranging interview. “I didn’t realise it in the beginning but it was really important for me to do something different. If you watch me, you won’t fall asleep or switch the channel. It might be a small movement, detail, how I control the ball or flick the ball.

“I wanted people to say ‘wow, I want to try that’. Then you see it isn’t as easy as it looks. This is what I wanted to do. It didn’t affect my game because this is who I am. I have my way of seeing football, not everyone can see it in the same way.

“Everyone is different. It helped me get to one of the biggest clubs in the world. Of course, you can’t play with 11 artists on the pitch. It is not going to happen, you need…not 11 of me.

“You need aggression. That player is a bully with a tooth missing, grass and blood on their shirt. You ask someone like Vida (Nemanja Vidic), ‘are you okay?’ He goes ‘I am f*cking great’. You appreciate what he is doing for you. He gets the ball, gives it to you. You can then do the magic.”

On the way his outsider image affected the way pundits analysed him, Berbatov added: “It is probably because I didn’t play like Rooney or Tevez. I didn’t like that because I can show you six or seven current world-class players who run less than me back then.

“When you label something like that, it sticks. Even if it isn’t true.

“People can go f*ck themselves. People don’t understand and try to look smart. I would check my stats after every game and I was running 10-11km every game. It doesn’t make any difference for me. I was more bothered how I move and make space.

“How to get an assist or pass to keep the ball. It wasn’t all about goals. I know when I was bad or good. I was realistic and knew where I stood in the football world. I always wanted to develop.”