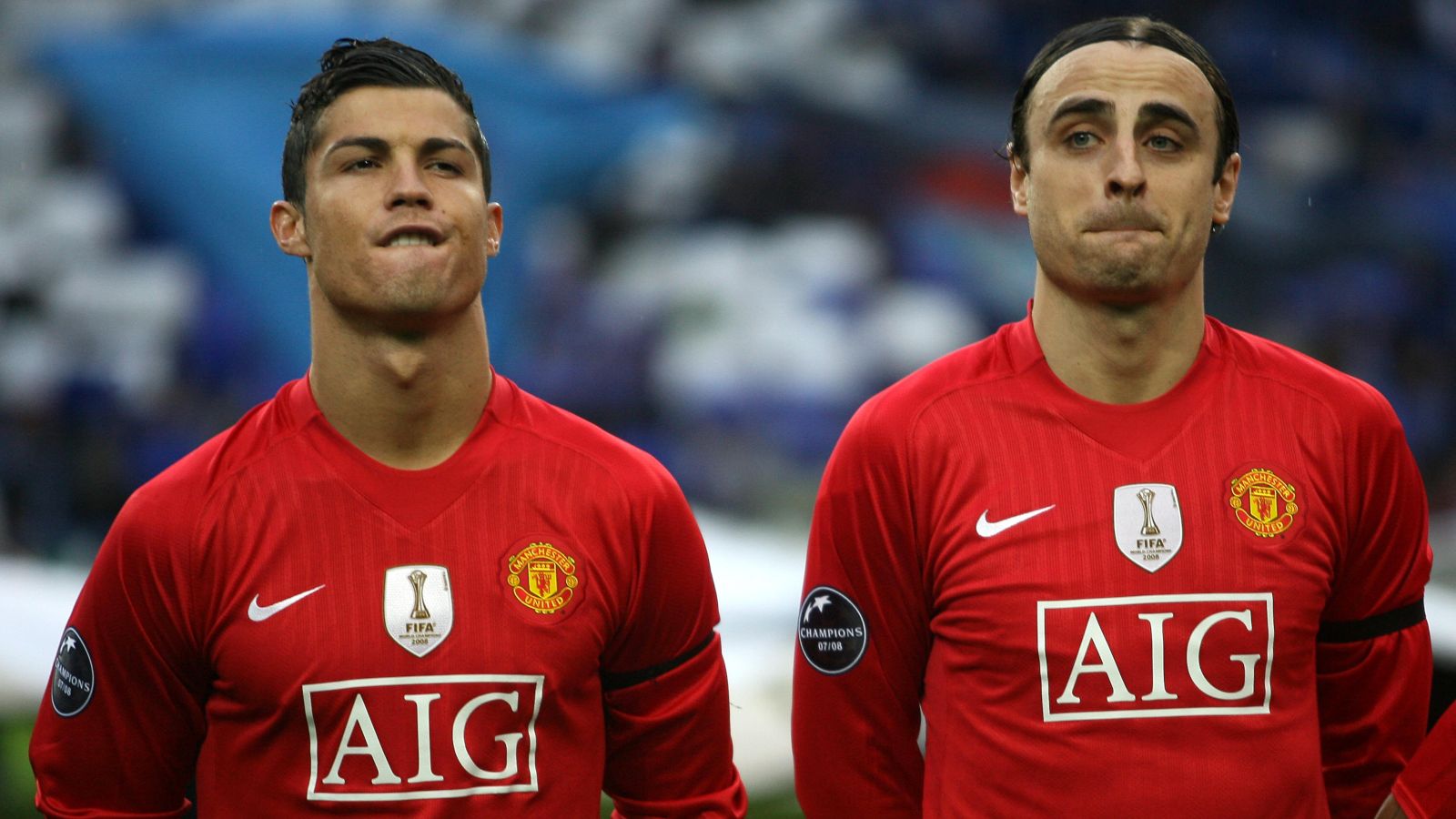 Former Premier League striker Dimitar Berbatov says he is “pleased with everything” Cristiano Ronaldo is doing so far at Man Utd.

Ronaldo let his frustrations get the better of him on Saturday as he was pictured slapping a phone out the hand of a young Everton fan in a 1-0 loss at Goodison Park, with the Merseyside Police investigating the incident.

The result leaves Man Utd six points adrift of fourth-placed Tottenham and it now looks increasingly likely that they will miss out on Champions League football next season.

Ronaldo has scored 18 goals in 33 appearances in all competitions for the Red Devils this season but has been criticised at times for his overall performances.

And Berbatov thinks Man Utd need to be scoring more goals as a team and he’s happy with what Ronaldo has offered this season.

“I can agree we’re not scoring enough goals to win the games,” Berbatov told the Debate on MUTV (via the Daily Mirror).

“I can clearly remember, when winning 1-0, 1-0, 1-0 down the road was enough to get three points. Unfortunately, that doesn’t happen at the moment and, because of that, we’re suffering and losing points where we should win points.

“I think it’s a bit short of options. Ronaldo still can score goals and I’m pleased with everything he’s doing so far. Anthony Elanga is emerging on the scene and he’s a great talent. I hope Marcus Rashford can find his footing and get into the form we know he has. He can score goals and terrorise defences.”

And the former Bulgaria international rated United’s chances of securing Champions League football next season, Berbatov added: “It’s been a difficult season, that’s for sure. That loss against Everton didn’t help at all. The chance is still there, for sure, but Spurs are leading the chase for the top four.

“Until the end of the season, as we’ve witnessed before in the past, you never know. So I still hope United will pull together and qualify for the top four. I want to watch United in the Champions League, where they belong, and I still think they have a chance to do that.”