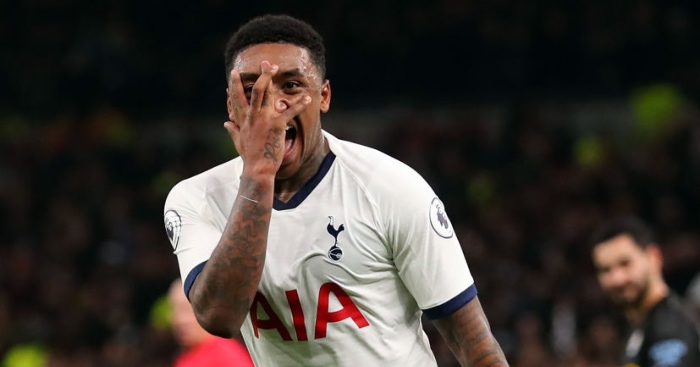 Tottenham debutant Steven Bergwijn revealed his delight at scoring as he helped his new side secure a 2-0 victory over Manchester City.

After Hugo Lloris saved an Ilkay Gundogan penalty and Oleksandr Zinchenko was sent off for a second yellow, Bergwijn fired in superbly just after the hour mark before Son Heung-min sealed victory.

The £27million arrival from PSV Eindhoven, was ecstatic at making such a big impact just days after joining the club.

Bergwijn said: “It’s unbelievable. It’s a dream for me that’s come true, and I’m so happy to be here.

“As a little kid you want to play in the Premier League, and if you score on your debut it’s unbelievable.”

Fellow goalscorer Son added: “It was emotional because it was his first goal, we are so happy because he scored his first goal on his debut. Well deserved.

“A bit of emotion, it looks great. Man City have always been so, so good and sometimes we had to defend altogether. In the second half we came out strong, and this guy scored an amazing goal.

“The lads have done a really good job. It’s an amazing feeling, before the winter break we are so good and have very good confidence.

“Look at the fans, they’re happy, and look at the players smile after the game. I think this was very important to win.”