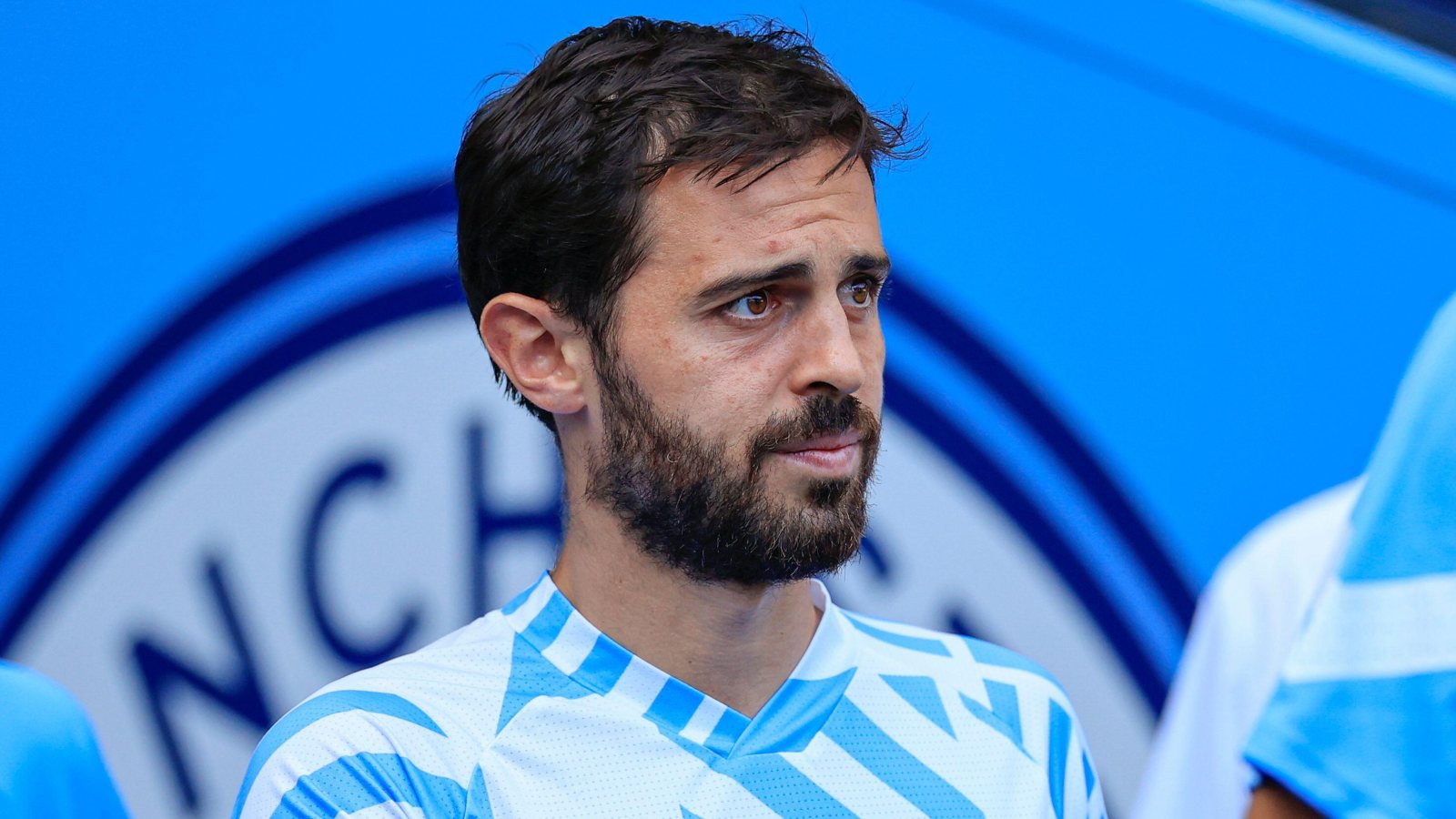 Which valuable Premier League players are on benches rather than the pitch? We pick out the five most valuable – according to transfermarkt, as somebody must decide – who have not started either Premier League game so far this season. We have not included the injured or new signings…

Bernardo Silva (Manchester City)
We know his asking price – £68m according to the latest reports – and both PSG and Barcelona have been credited with an interest in the Portuguese midfielder who has had one foot out of the door while using the other one like a wand for Manchester City over the last two years.

Pep Guardiola professes to love him – “He is the best. He has a special ability to do whatever he wants with the ball” – and yet he has started both Manchester City’s Premier League wins on the bench as Ilkay Gundogan and Kevin De Bruyne have been preferred as the advanced midfield pair ahead of Rodri. Talk about mixed messages.

What we do know about Guardiola is that he will allow a player to leave if that’s what he wants and his value is met. Though whether that extends to PSG and their parallel Middle East-funded blood-stained project remains to be seen.

Raphael Varane (Manchester United)
Nobody wants to be a centre-half at a club where the manager has spent a small fortune on one centre-half and retained the other as captain. That makes Varane very much the third man, a year after signing in a transfer that felt like a coup.

His first season at United was utterly plagued by injury – he started only 20 Premier League games – but he started the campaign fit and yet still out of the starting line-up as Lisandro Martinez and Harry Maguire were backed. Or at least they were backed until half-time in a disastrous defeat to Brentford which saw the Argentine exposed and the Frenchman drafted in.

Christian Pulisic (Chelsea)
Things must be desperate for Pulisic if he is seriously contemplating a move to Manchester United. To be fair, he does know that he will play football for United and that is absolutely vital in a World Cup year for the US international. And if you faced the prospect of being replaced by Anthony Gordon, you would be desperate to leave too.

Pulisic started the FA Cup final as recently as May but has started this Premier League season on the bench, with Mason Mount, Kai Havertz and Raheem Sterling established as the Chelsea front three.

Things are only likely to get more bleak for Pulisic as Chelsea are said to be willing to spend another £150m on transfers. After just six Premier League goals and two assists last season, he can hardly complain.

Caglar Soyuncu (Leicester City)
Remember when Leicester City sold Maguire and all the banter was that they already had a better player in Soyuncu? That seemed a long, long time ago as the Turkish international was close to rotten last season, losing his place in the final few games, in which the Foxes looked vaguely competent.

He has stayed on the bench so far this season, with Brendan Rodgers preferring a back three of Jonny Evans, Daniel Amartey and Wesley Fofana. Though with the latter getting his head turned by Chelsea, Rodgers could recall Soyuncu for Saturday’s clash with Southampton. To be fair, he could hardly be worse than a defence that has conceded six goals in just two Premier League games.

Douglas Luiz (Aston Villa)
You’re clearly either in or you’re out with Steven Gerrard and Luiz appears to be very much out, with the Brazilian international playing only a handful of minutes for Villa this season. Gerrard has opted to play new signing Boubacar Kamara behind John McGinn and Jacob Ramsey in that Villa midfield, with Luiz on the bench alongside Emiliano Buendia, who has surely earned himself a recall.

Villa are apparently keen to tie Luiz down to a new contract – Gerrard has said that he “is a fantastic player, really talented” and a “really wonderful footballer on his day” – but they might want to grease the wheels of that process by, you know, playing the man.