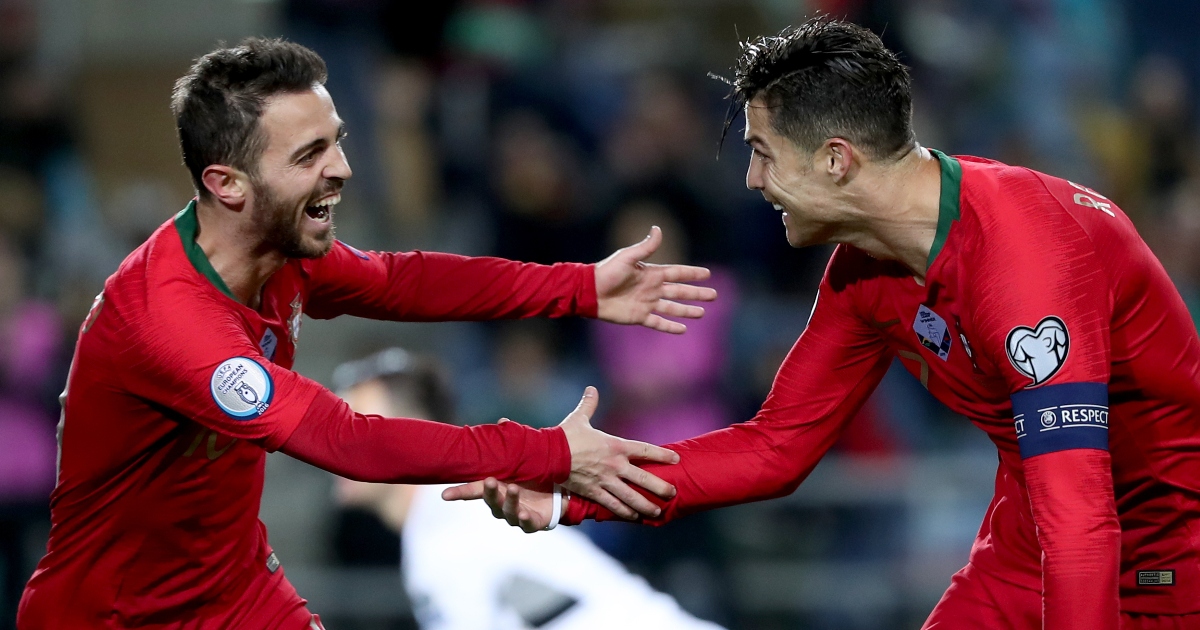 The Portugal pair have never faced each other at club level, but have shared the pitch many times with their national team.

City go into the match three points ahead of their arch-rivals, and with a significantly stronger goal difference.

Ronaldo has been on top form since re-joining the Red Devils in the summer, and was on target twice midweek as he rescued a point against Atalanta in the Champions League.

“I think he is doing well. He is helping United with late winners this season,” Bernardo told Sky Sports.

“He is a player that people know, he can decide the game. We’re going to try and stop him, and make sure that he doesn’t score on Saturday.

And the 27-year-old has given some pretty simple advice on how to nullify the United man’s threat.

He explained: “I think mostly controlling the game with the ball, because we know how dangerous they are with players like [Edinson] Cavani and Ronaldo and when they have chances, they’re lethal. They don’t need much space to score.

“The only way to avoid them creating chances is with the ball, is having the ball as much as we can and trying to put them in their final third to try to prevent the counter-attacks as much as possible.

“So yeah, we’re going to try and be as focused as we can to do that and win the game.”

The City playmaker added that he won’t find it strange facing his national team colleague as he plays Portugal players fairly often in the Premier League.

“I never played against him, I’m used to having him on my side,” he added.

“I’ve played against many of my team-mates – when I play Wolves, I play against half of the national team!