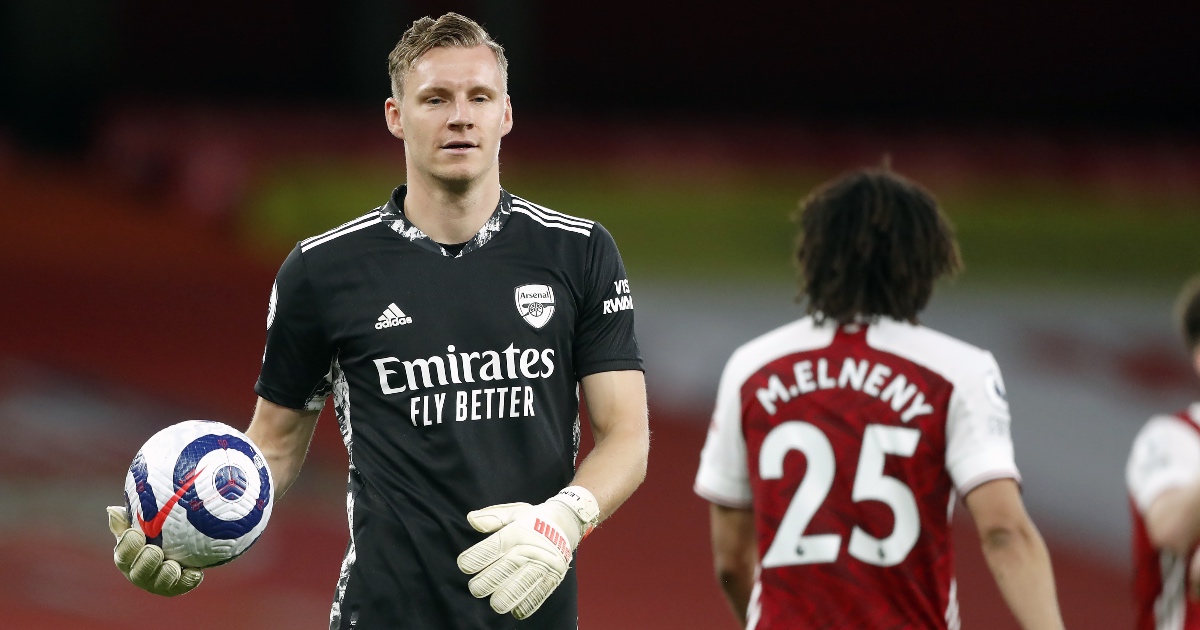 Arsenal have reportedly made six players available for transfer this summer, including first-choice keeper Bernd Leno.

The Gunners have had a poor season in the Premier League and in Europe. They look set to go without European football next term for the first time in 25 years.

As a result, a massive squad overhaul is being planned in the coming months.

Among those up for sale will be German shot-stopper Leno, according to football.london.

Arsenal officials don’t believe his record of nine clean sheets in 32 games is good enough for what they want to achieve.

He also cost the north London side a point in their 1-0 defeat to Everton by conceding a shocker.

As a result, Leno will be allowed to leave the Emirates this summer. He’s contracted with the club until June 2023, which means they should be able to get a decent fee for him.

Leno is joined by first-choice right-back Hector Bellerin on the ‘sale list’.

The pacy defender has been linked with Paris Saint-Germain for some time now and the French giants could finally land him this year. He’s been a regular in Mikel Arteta’s defence but club chiefs want to bring in a new option in his position.

Perhaps less surprisingly, Matteo Guendouzi, Lucas Torreira, Sead Kolasinac and Ainsley Maitland-Niles are the other names on the six-man list.

They’ve all been on loan this season after falling out of favour under Arteta.

Guendouzi showed promise at the start of his Arsenal career but that was soon ruined by his behaviour and temperament.

He’s on loan at Hertha Berlin currently but could secure a move back to France.

Fellow midfielder Torreira, 25, has had a troublesome time since joining Atletico Madrid on loan. He now wants to move back to South America, with Argentinian giants Boca Juniors his most likely destination.

Kolasinac will probably have less suitors. He made 26 league appearances in 2019/20 but lost his place to Kieran Tierney, who is on the way to becoming an Arsenal stalwart.

Kolasinac has been on loan with German strugglers Schalke this term. They’ve been relegated for the first time in 33 years.

The final name is Maitland-Niles, who has been away with West Brom in recent months. Like Kolasinac, his short-term club has been relegated to the second division. Maitland-Niles has been linked with Leeds and Crystal Palace.