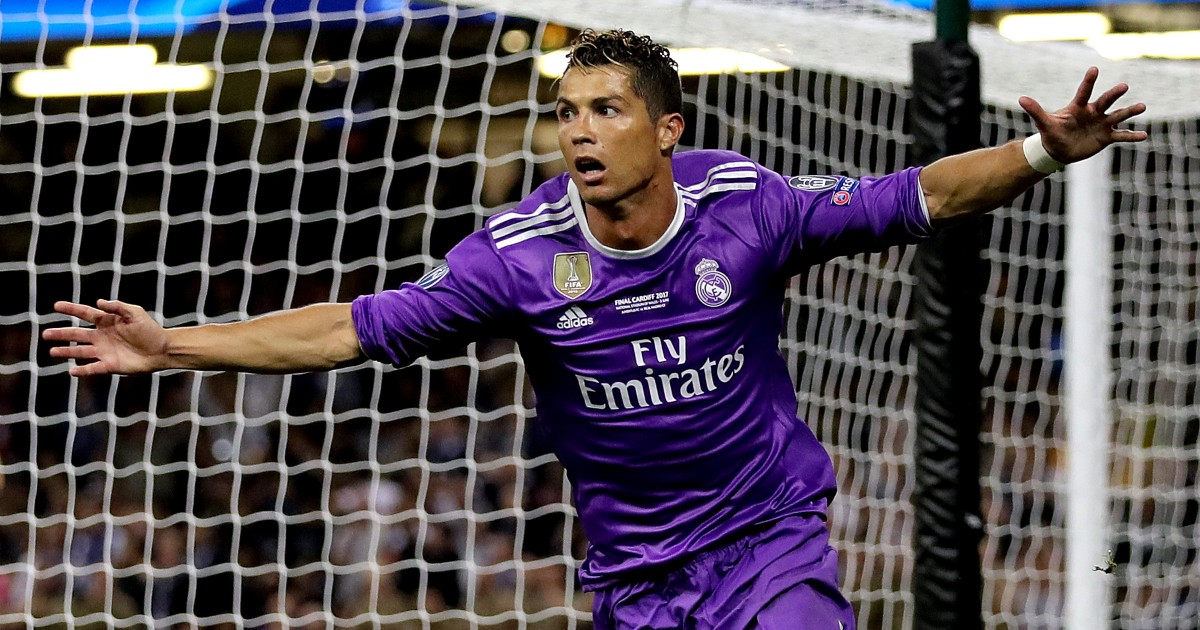 N’Golo Kante means Chelsea have two representatives in an XI of Champions League final MOTM winners that even Pep Guardiola would reign with.

Oliver Kahn (2001)
One of the finest goalkeepers of the 1990s had to wait until the turn of the millennium for two of his crowning career achievements. Oliver Kahn won the Golden Ball for best player at the 2002 World Cup, a year after being named man of the match in Bayern Munich’s 2001 Champions League final win over Valencia.

The German conceded ten goals in 15 games en route to the San Siro but was beaten only by a Gaizka Mendieta spot-kick in the final. The Spaniard beat Kahn again in the shoot-out but Zlatko Zahovic, Amedeo Carboni and Mauricio Pellegrino were all kept out as Bayern avenged their defeat to Manchester United two years prior.

Sergio Ramos (2016)
“The first time is like when you make love: you always remember it. But then it’s true that you can improve because to start with you’re a disaster,” Sergio Ramos joked in the build-up to the 2016 Champions League final. After showcasing his stamina to score in the third minute of stoppage time against Atletico Madrid two years earlier, he showed the same opponent some different moves to emerge victorious once more.

Ramos had not scored a Champions League goal since that dramatic late equaliser in the 2014 final but gave Real the lead after 15 minutes in 2016’s showpiece. The centre-half was imperious thereafter and although Yannick Carrasco drew Atletico level late on, Ramos stepped up as one of Real’s perfect penalty-taking quintet to sting Diego Simeone in Europe again.

Virgil van Dijk (2019)
16 Conclusions from that evening remembers Trent Alexander-Arnold’s defensive contribution as being more crucial, but Virgil van Dijk was typically brilliant against Tottenham in 2019. It took 18 months for the Dutchman to leave Southampton and transform Liverpool into European champions.

Tottenham had 16 shots as they chased an early and unfortunate deficit but Alisson was rarely tested by a half-fit Harry Kane and his drained teammates. Joel Matip was perhaps more prominent in keeping Mauricio Pochettino’s side at bay but Van Dijk was, as ever, the calm lieutenant tasked with organising the defence.

Paolo Maldini (2003)
It seems fitting for the worst final in Champions League history to have been dominated by a defender. Lilian Thuram, Ciro Ferrara, Igor Tudor, Alessandro Birindelli and Paolo Montero did well to restrict the opposition to zero goals in 120 minutes before Gianluigi Buffon saved from Clarence Seedorf and Kakha Kaladze in the shootout. But it was AC Milan who lifted the trophy thanks to Dida’s loose interpretation of penalty rules.

The Brazilian was given a platform to secure victory by the diligent work of Alessandros Costacurta and Nesta, Kaladze, Leeds legend Roque Junior and the effortlessly brilliant Maldini, who captained the club in his sixth of eight career European Cup finals. With his leadership, Juventus were kept to just two shots on target and an Antonio Conte header that clattered the crossbar.

N’Golo Kante (2021)
The new favourite subject of football journalists, replacing complaining about airports or the headline choices of sub-editors, if this, this, this or this is anything to go by. Bizarrely, Kante’s odds to win the Ballon d’Or are currently longer than both Robert Lewandowski and Kylian Mbappe’s, despite a French European Championship win this summer making his coronation almost certain.

Andres Iniesta (2015)
When your pantheon of teammates include Lionel Messi, Luis Suarez, Neymar, Dani Alves and Gerard Pique, and with other midfielders on the pitch ranging from Sergio Busquets to Paul Pogba and Andrea Pirlo, it requires quite the effort to stand out. Andreas Iniesta stepped up to that particular plate by making history and assisting a goal in a third separate final to send Barcelona on their way against Juventus in 2015.

Iniesta had already laid on four goals in Europe that season – three against Paris Saint-Germain and one versus Ajax – before adding The Old Lady to his list of victims. His well-timed run and pass for Ivan Rakitic gave Barcelona a foothold they would not relinquish as the Spaniard was substituted for fellow legend Xavi in the 78th minute with his mission accomplished.

Xavi (2009)
Barca rather curiously decided not to start the 2009 Champions League final with Xavi on the bench. Pep Guardiola has grown to apparently distrust midfielders in the decade and more since, but as many as four lined up against defending champions Manchester United in Rome. With Yaya Toure dominant at centre-half, Xavi, Iniesta and Busquets were allowed to roam and conquer.

Xavi thrived in particular. “I don’t think Xavi and Iniesta have ever given the ball away in their lives. They get you on that carousel and they can leave you dizzy,” Sir Alex Ferguson said in the build-up to the game and he must have been left sick by a chastening defeat. The iconic Xavi, who placed third in the 2009 Ballon d’Or on the back of such performances, laid on Messi’s clinching goal with a sublime cross after setting chances up for Thierry Henry and Samuel Eto’o, hitting the post himself from a free-kick.

Zinedine Zidane (2002)
It was third time for lucky in Champions League finals for Zinedine Zidane, who spent the 1997 edition being marked out of the game by Paul Lambert before Christian Karembeu shadowed him to similar success in 1998. A total of 53 days separated that latter disappointment and Zidane scoring twice in the World Cup final for France, a feeling he would ensure not to miss out on again at club level.

The superhuman dancer and hard b*stard had to wait four more years for his next chance but channelled all of that energy and pain into his sublime left-footed volley against Bayer Leverkusen at Hampden Park. It breached Hans-Jorg Butt’s goal on the stroke of half-time yet still turned out to be the decider as the Bundesliga side could not make their dominance and attacking approach count.

Cristiano Ronaldo (2017)
The owner of the Champions League was in danger of not having his defining final moment at one point. Cristiano Ronaldo scored in 2008 but had his penalty saved by Petr Cech in the subsequent shoot-out. Barcelona dominated his Manchester United team in 2009 and actually reached another final before Ronaldo made it with his new club Real Madrid. Los Blancos finally made it in 2014 when the Portuguese’s eagerness to become the story was painfully evident as he de-robed after making it 4-1 in extra-time against Atletico Madrid with a 120th-minute penalty.

Ramos stole the show as aforementioned two years later, but Ronaldo finally took his opportunity to put his name up in lights in 2017. He opened the scoring against Juventus and then made it 3-1 after Mario Mandzukic threatened an unlikely comeback with a thrilling equaliser. It was the closing of one story – Ronaldo’s desperation to not just win a final but master it – and the opening of another with the Italian side’s damaging obsession.

Didier Drogba (2012)
It came with a Premier League title and League Cup but Didier Drogba never should have returned to Chelsea; his farewell was too perfect to tamper with. The Ivorian drew a close on eight tumultuous but trophy-laden years at Stamford Bridge by netting a last-gasp equaliser against Bayern Munich before scoring the winning penalty in the 2012 final’s shootout. His last touch for the club had crowned them European champions, only for Jose Mourinho to coax him back two years later.

Drogba actually scored more times in the Champions League than the Premier League that season, striking three times in the group stages and sparking the unlikely comeback against Napoli in the round of 16. His goal in the first leg of the semi-final against Barcelona gave Roberto Di Matteo an advantage to build upon at the Nou Camp, with Drogba completing the job in yet another final.