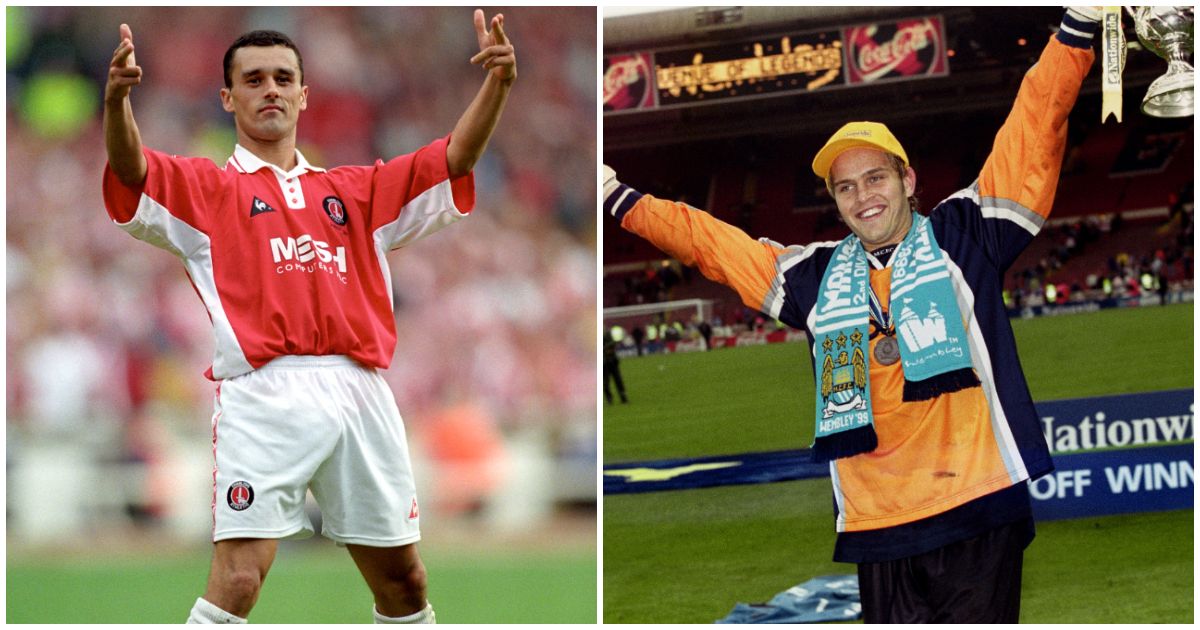 The EFL play-off finals take place this weekend. We can only hope for more drama like these five thrillers…

We have an in-depth tactical preview of Brentford v Swansea here.

For two years, the play-offs were made up of three teams from Division Two (now the Championship and countless other things inbetween) and one side from the top tier which had finished in the place above the relegation zone.

Charlton were that side in 1987, and they had to overcome Ipswich in a two-legged semi before facing Leeds United in a two-legged final. Perhaps unsurprisingly given the stakes, both games finished 1-0 to the home side and as people just played endless replays in those days, they met for a third time – in the middle on neutral territory at Birmingham.

It was another cagey affair which didn’t get going until extra-time. Then it burst into life. John Sheridan put Leeds in front in the 99th minute before Peter Shirtliff’s five-minute brace in the second period preserved Charlton’s place in Division One.

The following year, the last that involved a top-tier representative, Chelsea fell through the trap door as Middlesbrough won 2-1 on aggregate.

4) Bolton 4-3 Reading
Reading went to Wembley in 1995 having finished second in the Championship. But because the Premier League was shrinking from 22 to 20 sides, only the champions were automatically promoted, while four sides were relegated.

It didn’t seem to matter when Reading went 2-0 up inside the opening 12 minutes against Bruce Rioch’s Trotters.

Let Brian Potter take you through what happened next…

3) Swindon 4-3 Leicester – 1992/93
Swindon player-manager Glenn Hoddle commenced a daft 27 minutes either side of half-time with the first of six goals that saw the Robins go 3-0 up within seven minutes of the restart.

But Brian Little’s Foxes didn’t f*** about as they chased their deficit. “It was like being in the land of the giants,” recalled Hoddle. “Leicester put Steve Walsh, their centre-back, up. They were all 6ft 5in guys and they were smashing it in the air.”

It worked. Walsh scored one in the middle of Julian Joachim and Steve Thompson, with Leicester back on level terms with three in 12 minutes. But having lost the previous year’s final to a penalty, Leicester conceded another with six minutes to go…

2) Gillingham 2-2 Man City (1-3 pens) – 1998/99
While Manchester United were celebrating winning the Treble in the Nou Camp four days earlier, Manchester City went to Wembley in a desperate attempt to get out of the third tier.

The Laser Blues had been favourites to win the Division Two title but a December defeat at York City left them 12th. Joe Royle’s men turned the corner just in time to make the play-offs, where they beat Wigan 2-1 on aggregate in the semi-finals.

In the wake of United’s glory, City faced Gillingham and found themselves 2-0 down as the 90th minute ticked over. Nicky Weaver took hope from United’s feat: “I remembered United against Bayern Munich a few nights earlier. I was thinking ‘if you get one, you never know’.”

That one arrived in the 90th minute and at towards the end of five minutes’ added time, Paul Dickov completed a stunning recovery.

To a shoot-out it went and Royle admitted he considered replacing ‘raw’ Weaver with Tommy Wright because of the 20-year-old’s less-than-stellar record with penalties. Fortunately, the manager ignored that instinct…

Clive Mendonca saw to that with a hat-trick in the Wembley sunshine. His first was the best of the three, a ruthless finish after sending Jody Craddock and Darren Williams halfway back up the A1 with a dummy.

Mendonca’s other two strikes were levellers, as was Richard Rufus’s header after Sunderland took the lead three times at 2-1, 3-2 and 4-3. But to penalties it went and after 10 successful kicks, sudden death. Two more Addicks and Black Cat scored before Micky Gray’s turn…