Home All The News ‘Best Rashford performance under me’ says Solskjaer 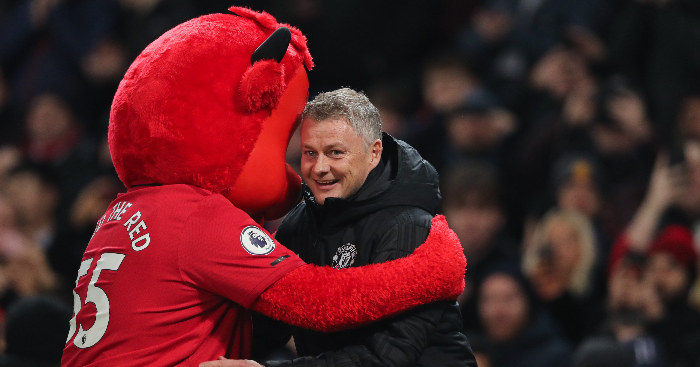 The striker put in a lively individual display as he opened the scoring early on, fizzing a shot under the body of Paolo Gazzaniga and coming close to doubling their lead with a thunderbolt 30-yard effort that struck the crossbar.

After Dele Alli equalised for the visitors, Rashford again made a decisive contribution as he won a penalty before converting it in the early minutes of the second half.

“It’s the best he’s [Rashford] had under me,” said Solskjaer, speaking to BBC Sport.

“He was mature, strong against good Premier League players. His penalty was calm and composed, and his [first] goal, we know he’s got those strikes in him and he had three or four chances.

“It’s like he was back on the playground or in the back garden. We want them to have fun, there’s nothing dangerous out there – just 75,00 people, wanting to see the best [of them].”

Rashford’s two-goal haul gave his old manager Jose Mourinho an unhappy return to Old Trafford, whilst alleviating the pressure on his own coach Solskjaer as Manchester United registered a much-needed fifth Premier League win from 15 games.

The win moved United up to sixth in the table, leapfrogging Spurs in the process.

The Norwegian coach is now targetting a winning run ahead of Saturday’s Manchester derby as he looks to close the gap on the top four.

“The three points are massive for us,” he added.

“We’ve had too many draws this season and given too many points away from winning positions. It’s a great lesson the last two games [Sheffield United and Aston Villa] and we came back in a great manner.

“We’ve started the rebuilding. We’ve made decisions that we had to and we’re looking to build this club to be better again and I can’t think short-term when I’m trying to do that.

“When we turn the corner and win three or four games on the run, they will get that Man Utd feeling again.”