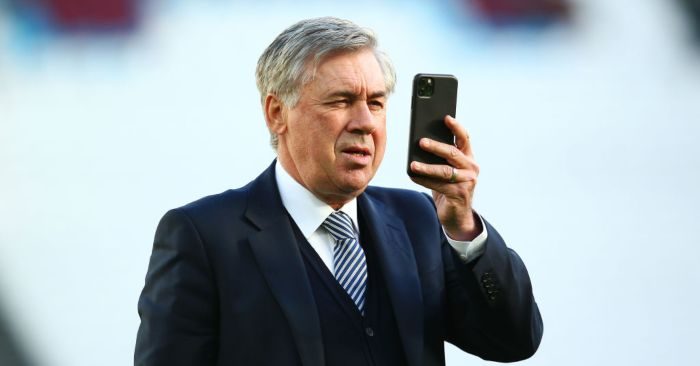 Everton v Crystal Palace
The winter break that’s not a winter break, then. It all starts with Everton v Palace in Saturday’s early kick-off. The Eagles have drawn their last three away games and will travel to Merseyside hoping to claim all three points. But the Toffees are in decent nick. Indeed only Liverpool (30) have won more points from their last ten Premier League matches than Everton (19). The Blues are now closer to a Champions League place than they are to the relegation zone. Tired of swimming in a pool of mediocrity and p*ss, Everton fans are now proudly chanting the name of their new Italian boss, who is sophistication personified despite being built like a fruit machine.

Brighton v Watford
Brighton won 3-0 at Vicarage Road on the opening day of the season but Watford could return the favour here against a Seagulls outfit who’ve won just two of their last ten matches against the Hornets. Since Nigel Pearson’s first match in charge of Watford only Mo Salah and Sergio Aguero (seven each) have scored more Premier League goals than Troy Deeney (five). Deeney remains one of the Premier League’s hardest-working players. Salt of the earth is Troy, no question. And a f**king nightmare for defenders when he’s in the mood.

Sheffield United v Bournemouth
Bournemouth’s survival odds have been chopped since climbing out of the bottom three with that critical 2-1 victory over Aston Villa last weekend. Sheffield United continue to amaze. A win here would see Chris Wilder’s men leapfrog Spurs and sit just two points behind Chelsea in the Champions League qualification race. Imagine the Blades in next season’s competition, man? Going 3-5-2 at the Santiago Bernabeu as the fans belt out “The Greasy Chip Butty Song” and a bemused Zizou scratches his head? Wilder’s men are odds-on here but that looks a tad short against a Bournemouth side who’ve won their last two. Instead, let’s have a go on Harry Wilson anytime at 9/2. Wilson has scored five of Bournemouth’s ten Premier League away goals this season so that looks too big from bet365.

Manchester City v West Ham
The critics are out for Pep with his team now 22 points behind Liverpool. However, Paul Merson’s claim this week that he had been “found out” as a manager is f**king laughable. They are actually playing well but getting no rub at present. Take last week. Lost 2-0 to Spurs but had 67% possession and won the overall shot count 19-3. They’re still on to win three trophies (and heavy favourites to qualify v Real Madrid in the Champions League) but it seems Pep is a fraud. The good news for City fans? You’ve won your last seven Premier League games against the Hammers, scoring 23 times and conceding just three. This could get very messy.

Inter Milan v AC Milan
Bonnet de douche! Special European bonus tip this weekend, given that half of the Premier League are in Dubai sipping on strawberry daiquiris. And the games don’t come much bigger than Sunday’s Derby di Milano. This tends to be a tough gig to call, but Inter look a level above the Rossoneri at present and have the class to claim local bragging rights. Christian Eriksen should start for the Nerazzurri, who look a bet even without the suspended Lautaro Martinez. Inter to win by more than a goal looks decent given that AC Milan have lost eight times already this season.