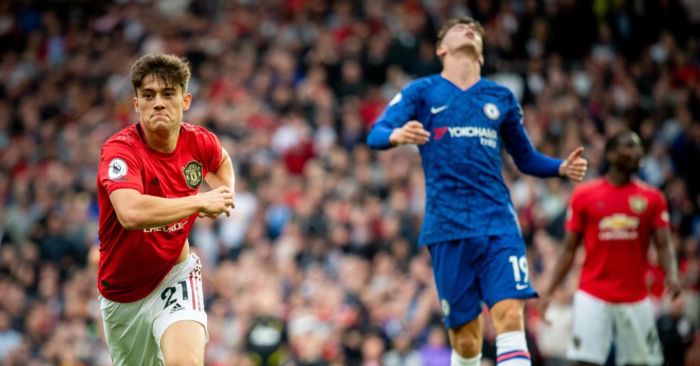 Wolves v Leicester City
Tasty, tasty Midlands derby, this, to light up what’s sure to be s freezing Friday night. Wolves know a win will take them into the top six while Leicester are trying to arrest a run which has seen them take just four points from their last four league games. With a trip to Wembley there for the taking they’ve also been dumped out of the Carabao Cup by Aston Villa so it’s time to sh*t or get off the pot for some of Leicester’s bigger names methinks.

Adama Traore should be fit after shaking off a shoulder injury and he can help Wolves to a crucial three points here. Traore’s muscly kneecaps are a thing or rare beauty and if you have not seen him play live, to appreciate just how f***ing rapid he is, you need to do so before he gets old and fat. Incidentally Wolves won both previous home games against Leicester in the Premier League and, curiously, the score was 4-3 on each occasion.

Southampton v Burnley
Burnley are in fabulous shape having drawn with Arsenal, beat Manchester United at Old Trafford and beat Leicester at home. All since Christmas. Saints will presumably be all the rage here in the betting but mug punters beware: Southampton have the worst home record in the league. You can get the Clarets at 11/10 in the double chance market (which is basically laying Southampton to win). Rez de chaussee, as they say in the dordogne.

Norwich City v Liverpool
The Canaries are not quite dead parrots but the bookies give them virtually no chance of beating the drop now and they are tens on for a return to the Championship. Daniel Farke’s men famously upset the odds in September when they beat Man City 3-2 and if you fancy another huge shock you can get them at 10/1 this weekend. It’s not for me, though. Liverpool are well rested, well oiled and have conceded just one goal in their last ten Premier League matches. The way Norwich defend at times this could actually get quite messy. Also, maddest story of the week? Those Brighton players on the apparent sesh (balloons, the lot) on their winter break in Spain? Or Mo Salah being named in Egypt’s provisional Tokyo 2020 Olympic squad?

Aston Villa v Tottenham
Villa have not kept a clean sheet in any of their last nine matches. I can’t think of a top-flight team in Europe who are so reliant on one player. Jack Grealish has created 63 chances in the Premier League this season, which is more than double any of his Villa teammates. He’s also scored seven goals since October and if Mr Grealish fancies the job here then Spurs could struggle. More likely, though, is that Jose Mourinho’s men carry on their recent tidy form; they are trying for a third straight win to move within a point of Chelsea.

Arsenal v Newcastle United
Unders could be the bet here. Newcastle are dour, dogged game b**tards who will quite blatantly hit London trying to spoil and pinch a point. Arsenal have not been razor sharp in front of goal of late either and the corresponding fixture on Tyneside on the opening weekend of the season finished 1-0. You really couldn’t put anyone off having a tickle on the draw either. Ze Gunners have drawn their last four while Newcastle have shared the points in three of their last four, winning the other.

Chelsea v Manchester United
Now me previewing the Monday game is as rare as rocking horse sh*t. Like pilates, IV heroin use and grave robbing, it’s just not something I do. But f**k it! Soon be Christmas. Chelsea are odds on here and quite warm in the betting but don’t have a great recent record against the Red Devils, who have picked up two wins and a draw from their last three visits to Stamford Bridge. United spanked them 4-0 at the start of the season too so let’s go fully nadgers out and have a go on Ole’s men at a frankly sexy 100/30.