Home All The News Hoddle: Bielsa will ‘change’ amid uncertain Leeds future 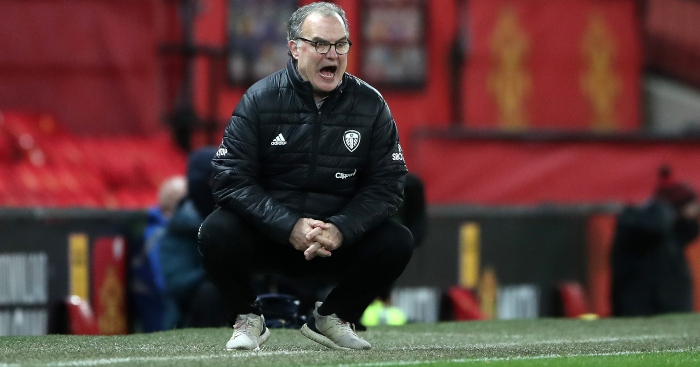 Glenn Hoddle says he is concerned about Leeds amid uncertainty over the future of manager Marcelo Bielsa.

Bielsa’s contract runs until the end of the season with the Argentine preferring to sign short-term deals.

The 65-year-old is now in his third season at Elland Road after securing promotion to the Premier League last season.

Hoddle believes the Leeds manager’s preference for 12-month rolling contracts is a concern as it hampers him in planning for the future of the club.

“The slight problem if you’re being a bit cynical is I’m not sure what contract he is on,” Hoddle said. “I think he is a person that goes 12 months at a time. That is not someone who is thinking of next season, and planning.

“So that’s a bit frightening to think that it is now or never and it isn’t worrying about the future – his or the club.”

Hoddle also suggested Bielsa must consider changing his Leeds tactics in order to survive in the Premier League.

“There will come a time – and it is the sign of a good coach – to change things in order to survive. He might have to pull the reins in at times.”