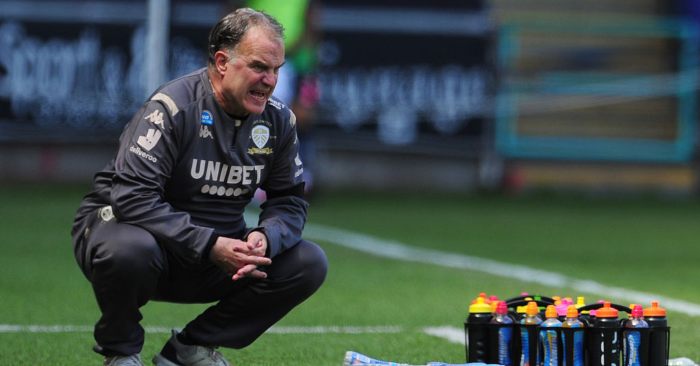 The individual who has their own peculiar way of doing things is disproportionately successful, if you define success as outperforming expectations and financial advantages, rather than merely winning things. Just being a functional regular Joe doesn’t cut it with the modern footballer anymore.

Football isn’t the mysterious sport that some would have us believe. Most managers are across the data and are well-versed in tactical options. So where a difference is made is in the nature and character of the manager; it is in inspiring players to perform at the top of their game almost all of the time.

This season has really been a triumph of the eccentric and the unusual.

Marcelo Bielsa is widely regarded as one of the greatest, most innovative coaches in world football. So it was, in many ways, an extraordinary appointment by Leeds United and an extraordinary choice of club for him. But he was bonkers enough to take it on and it turned out that all those years of workmanlike grafters in charge of the team was actually the problem and that being bonkers was the solution.

Bielsa is clearly a man who goes his own way and walks his own path through life and will sit on whatever bucket he wants to sit on. This isn’t a man for whom the high life has any pull. Anyone who knows Wetherby knows that it’s not the place you go for fast living. But he has achieved something remarkable across the last two seasons. Something that the previous 20 managers had tried and failed to do: get them promoted to the Premier League. And, oh! what football his team plays. Superb.

And of course Jurgen Klopp’s phenomenal achievement at Liverpool, after so many had tried and failed to take them to a title over the last 30 years, was done as much through his own charisma and force of personality as anything else. The club’s success is symbiotic with him and his character.

Pep Guardiola may be some sort of genius, but he’s also definitely some sort of crazy dude who brings a degree of intensity to the job that is way out of the ordinary. That must be integral to his success, at least as much as inheriting or buying all the best players. He seems to have turned the drinks break into a chance for some performance art. And on Saturday he appeared to be explaining tactics to The Invisible Man.

Everywhere you look, it is the odd, the charismatic, the individuals that are coming out on top. Who has achieved most promotions out of the Championship? It’s Neil Warnock. And love him or loathe him, he is not like other men, often appearing driven on by some inner madness. I remind you of this.

Thomas Frank at Brentford is another messy-haired maverick who is achieving great things via an alternative route. Here’s a man who never played football professionally and worked in Danish youth coaching for nearly two decades and is now steering Brentford to within spitting distance of the Premier League: simply extraordinary. Slavan Bilic at WBA is challenging for promotion and has form for being charismatic and swivel-eyed.

Look at Gareth Ainsworth, who has put Wycombe Wanderers into the second tier for the first time. He’s a man who looks more like he should be a lead guitarist in an 80s rock band than in the dugout and yet, as the longest-serving manager in the league, he’s achieved something truly remarkable. He’s a classic example of someone who isn’t ‘normal’ and that is the base from which he has driven the club forward.

Burnley have long benefited from Sean Dyche’s huge personality and management style. It’s hard to think that anyone else will be able to drag a club of that size so  high up the league. He started out playing the disenfranchised chippy Englishman but seemed to realise a few years ago that he was doing himself an injustice by allying himself to that particular loser mentality and has since grown into the primary English figurehead for over-achieving football.

And there can be no bigger character in any league than Chris Wilder at Sheffield United, managing to look and talk like a man who would sell you a carrier bag of meat at a car boot, whilst taking the club from the third tier to a European place in the top flight, keeping a hardcore of players intact throughout. Third-tier players that no Premier League club would’ve paid any money for are now beating those clubs’ multi-million-pound players routinely. It tells us much about the narrow-mindedness of top clubs’ recruitment, but more than anything it shows us how different and unusual Wilder is.

In fact, it’s not the most outlandish thing to say that if you look at the clubs which are underwhelming, as likely as not, their manager is also underwhelming, whereas the clubs that are doing well by their own standards, tend to have someone out of the ordinary at the helm. This is all relative to resources and expectations, of course.

Look up and down the leagues and there are very few teams who are entertaining or successful on their own terms, with a dull manager. There are very few sides with an idiosyncratic, inspirational creative thinker who are not likewise.

Look at your manager. If they don’t exactly set your pulse racing, it’s not unreasonable to think players might feel likewise.

Players want to play for someone who is different, who is cool and has unusual ideas, they want to be associated with someone like Bielsa because their qualities rub off on them. If the manager isn’t a sparky original and simply seems run-of-the-mill, it must be a bit depressing. This especially so when you can see sparks flying off other club’s managers, you’d only be human to think ‘I wish our man was like that’. That’s why personality is so important.

Eccentrics have always had a place in football management, but today it would seem to be axiomatic at least to relative success, to have someone at the helm who is different and enjoys being different. Someone who isn’t a regular person, someone who is painted from the whole rainbow and not just one colour. Someone with original ideas and thinking.

Yes, other things need to be in place too, and dull or milky managers can win a lot of games when they have a lot of resources, but the manager’s character has never been more important in an era of instant communication and constant exposure.

Managers are now stars, every bit as much as their players, so no matter how technically good you might be, you need to be a big personality and you need to make players and fans feel inspired and excited. If that’s not happening, the club needs to look around for a replacement, but of course the trouble is that many of the people who run football clubs are as dull and uninspiring as their choice of managers, the one being a reflection of the other.