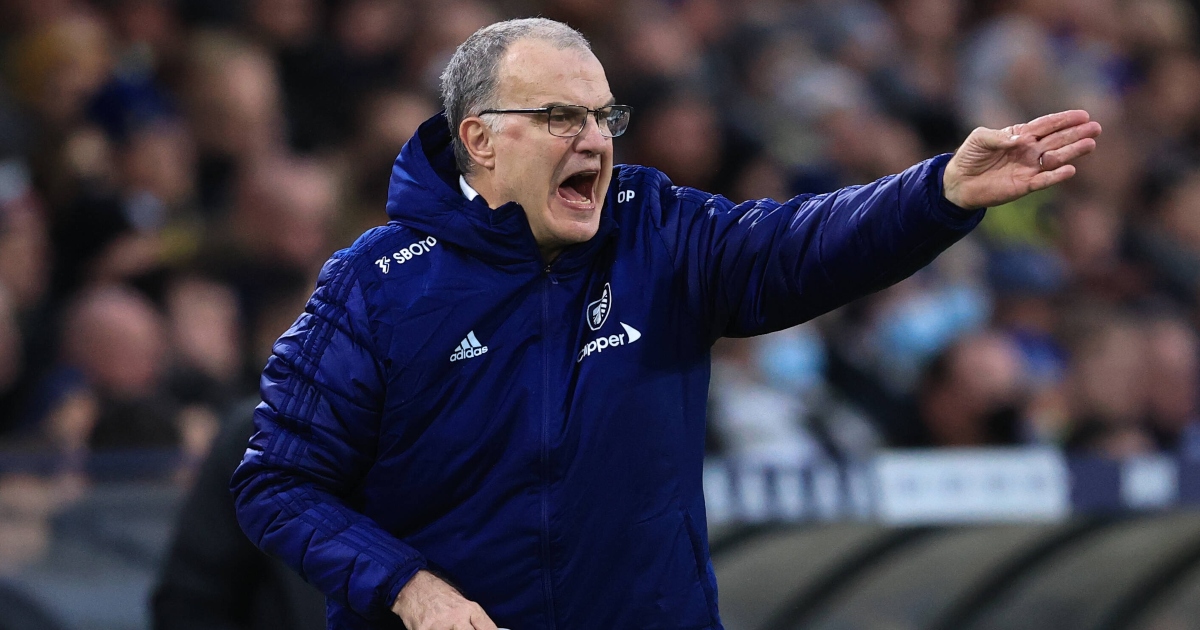 Leeds United boss Marcelo Bielsa has admitted his side’s defence must improve as they look to put an end to their poor form when they travel to high-flying Liverpool on Wednesday.

Leeds are without a win in their last four, most recently suffering a 4-2 defeat at home to bitter rivals Manchester United.

The four conceded by Leeds on Sunday takes them up to 50 in the Premier League this season, a record only better than fellow relegation candidates, Norwich.

A tough clash at Anfield against Jurgen Klopp’s side awaits and Bielsa is aware Leeds will have to improve to take anything from Liverpool, who have won their last eight in all competitions.

Speaking to the press on Tuesday, the Argentine said: “It’s one of the great teams in the league.

“As in every game, preventing their attacks from damaging them and making our attacks damage them. I know there’s questions I answer commonly and I give empty responses, but there are questions impossible to answer so I answer synthetically.

“I have been saying the same thing for four years now. Certain questions could be avoided because you know the answers.”

💬 𝗠𝗮𝗿𝗰𝗲𝗹𝗼 𝗼𝗻 𝗟𝗶𝘃𝗲𝗿𝗽𝗼𝗼𝗹: “They are one of the great teams in the league. Like every game, we will try to prevent their attacks from damaging us and make our attacks damage them.“ pic.twitter.com/alxI3eotLF

Much has been made of Leeds’ defensive struggles this season but Bielsa has claimed it is no just the defence that needs to improve, but the whole system.

“I said all of this to explain because we have conceded 50 goals. Second most conceded in the league. I have to account for this because I am responsible. I wanted to explain in the game against Manchester we did not have [Kalvin] Phillips, [Robin] Koch or Pascal [Struijk]. Three players who take on the role of DM to solidify them.

Despite the defeat at United on Sunday, Bielsa claimed their are positives to take from the result.

“The dominance was alternate. Situations at goal we created were similar. The difference in the play between the two teams, you could not see a big difference. The result was not our defeat. I feel uncomfortable saying, again, we did not get what we deserved to get.”