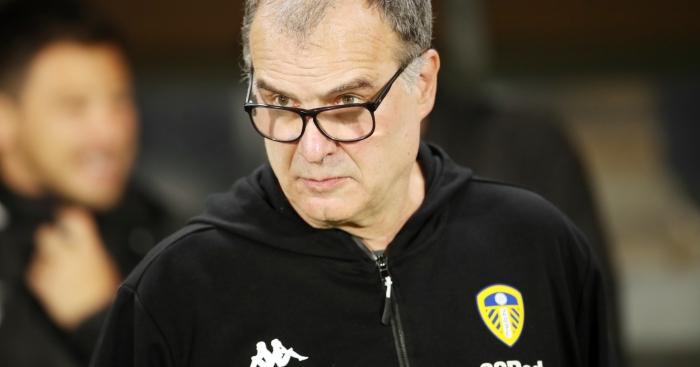 Marcelo Bielsa reckons any of his Leeds players would get into the teams he has managed before taking over at Elland Road.

The Argentinian boss, whose side remain second and on course for promotion to the Premier League with 10 games remaining, was asked how his current squad would do in the top flight, and while the Leeds boss refused to directly answer the question, he claimed they could play for the sides he has managed before.

Specifically asked if any of his Leeds players could cut it in the Premier League, Bielsa said: “I am not ready to make this kind of comparisons now. I haven’t analysed it. I can tell you any player that plays for Leeds now they could play without any problem for the two European teams I coached for some time – Marseille and Athletic Bilbao.”

Asked about skipper Liam Cooper, he added: “The fact that he represents his team-mates is a virtue itself. It is not up to me to describe the qualities the players see in Liam. I can tell you what I am impressed about.

“You can’t find a better professional than him. He feels love for his profession apart from the fact it is his job. He is generous and prioritises the needs of his team-mates before his own needs.”

Bielsa refused to concur there had been a huge improvement in the former Chesterfield centre-back, asked if he had improved, he said: “The skills that he is showing are the same ones I saw last season.”

Commenting on Cooper and Pontus Jansson’s partnership, Bielsa said: “From an individual point of view they are playing at a very high level.

“They are two players with many skills. When Berardi had to play with one or the other he had the same efficiency. When Ayling and Phillips had to play as the two central backs they played well too.”