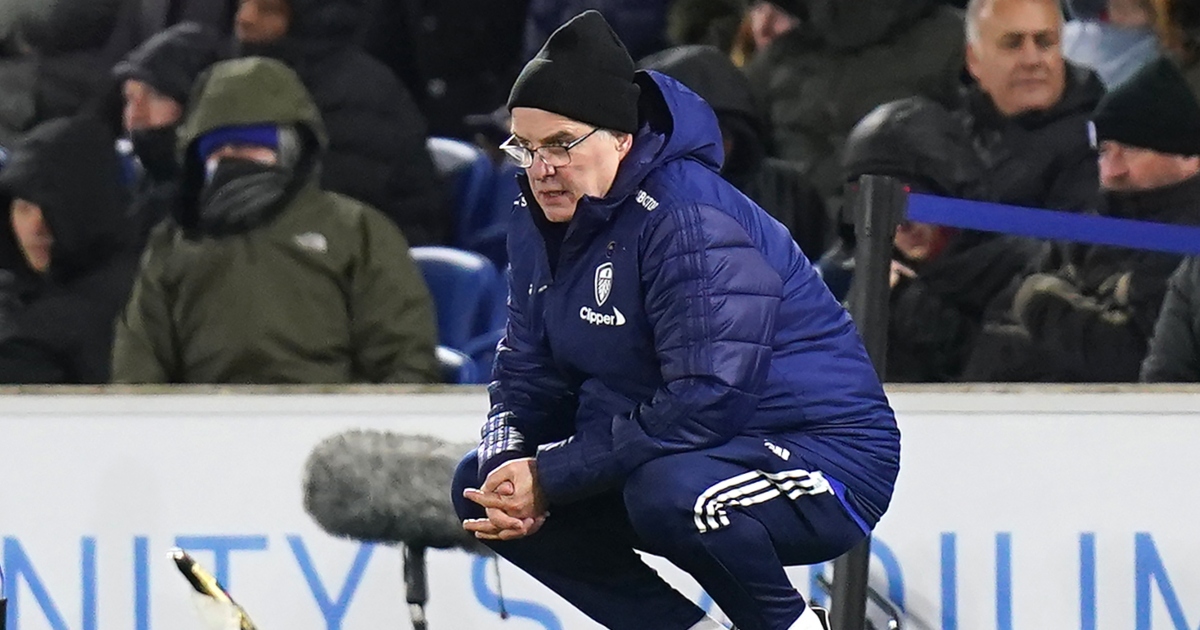 Leeds United boss Marcelo Bielsa has assured fans there is no problem between him and Kalvin Phillips after the midfielder was substituted in Saturday’s draw at Brighton.

Phillips was brought off at half-time in the 0-0 draw. The Whites now have 12 points from their opening 13 league fixtures and are 17th in the table.

The Yorkshire club have only won two matches so far this campaign, with pundits putting some pressure on the Argentine head coach.

Carroll and Drinkwater in a winners and losers column!

Furthermore, Jamie Redknapp and Tim Sherwood suggested after Leeds’ poor team display at Brighton that all was not well between Bielsa and Phillips.

Bielsa responded by saying the England international has earned “idol” status among the Whites’ fans and everyone at the club has a duty to preserve this relationship.

“Kalvin Phillips is an idol for the Leeds United fans, he’s a popular property with a lot of affection and we all have the obligation to look after the feeling that unites a fan with a team,” Bielsa said.

“He opted to stay with Leeds when he could have left when we were in the Championship. He cleared up what his position was when asked about moving to the best teams in the Premier League, saying sincerely he wouldn’t accept any offers.

“So what I’m saying is due to his performances and his position, with respect to his club Leeds, the position Kalvin occupies is completely deserved.”

On taking Phillips off at half-time, Bielsa said: “That doesn’t mean I was correct, but I did what I thought was best.

“But in no way does that mean that there’s a difficulty with anyone.

“It’s never good for a player or for a team to think that the positions are immovable and that the hierarchies that are within a team can’t be altered ever.”

Bielsa also acknowledged his players’ running statistics had dropped compared to last season, but that the physical level throughout the Premier League had declined.

“What is clear, the calendar is so overcharged it doesn’t bear in mind the development of the preparation,” he added.

“That’s why I have serious doubts over the future of professional football because it is constantly commercialised and the product every time is constantly worse.”