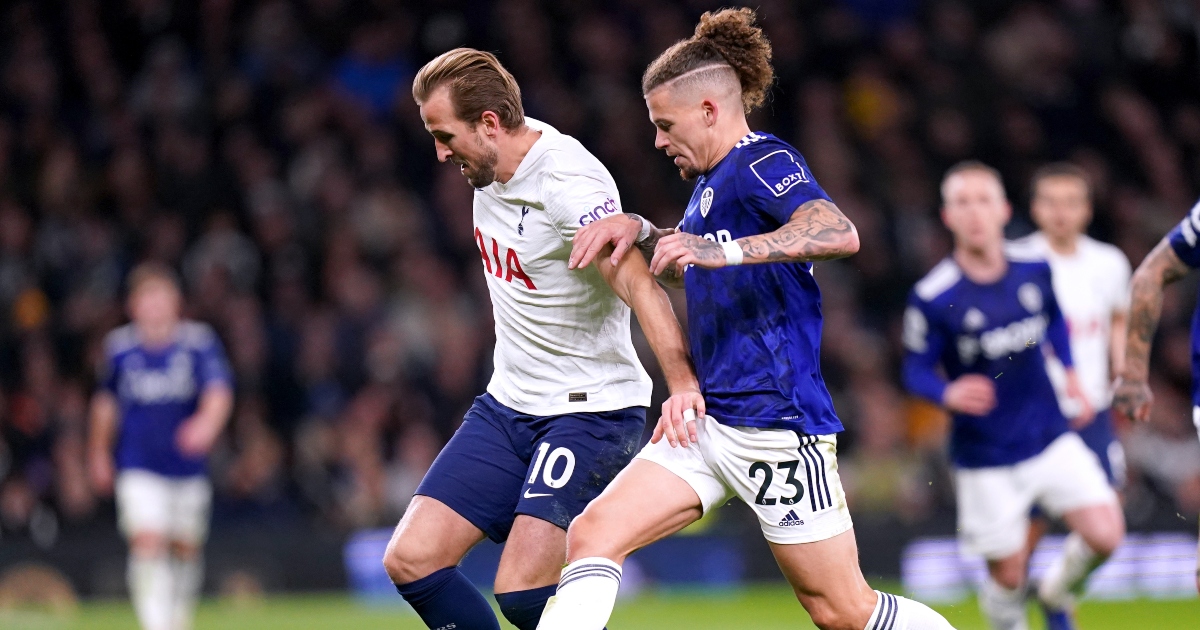 Marcelo Bielsa has revealed he believes Kalvin Phillips best position is in defensive midfield despite his impressive performance in the centre of defence against Tottenham.

But Bielsa insists Phillips, England’s player of the year, is most effective as a deep-lying midfielder in front of his defenders.

“At Leeds, his natural position will be at defensive midfielder,” said Bielsa, who converted Phillips from a box-to-box player when he first arrived at Elland Road.

“That’s the place where you most see Kalvin’s qualities. Of course, I will try (to ensure) he plays the majority of his minutes in that position.”

Bielsa said he employed Phillips as one of three centre-backs, alongside Liam Cooper and Diego Llorente, to specifically deal with the threat posed by Kane and Tottenham strike partner Son Heung-min.

“We had talked about thinking who could adapt best to Kane dropping deep and it was Phillips. It’s a method that’s very clear in Tottenham. Kane drops and does the diagonal (pass) from the left to the centre.

“We resolved that with Phillips and Llorente paired up with those two players (Kane and Son Heung-min) and with Cooper waiting as the free man. That worked very well.”

Phillips’ eye-catching display at the heart of defence will not have gone unnoticed by England boss Gareth Southgate, who favours three central defenders.

But Bielsa added: “From my point of view, the best of Phillips, you will find it when he plays in the middle of the pitch.

“With respect to his position in the national team, it doesn’t correspond for me to have an opinion.”

Bielsa has been unable to play his strongest line-up for most of this season due to injuries, but is boosted by the return of Raphinha (ill) and Rodrigo (foot) for Saturday’s evening kick-off at Brighton.

Leeds, two points above the relegation zone, will still be without striker Patrick Bamford as they chase just their third Premier League win of the season, but Jamie Shackleton is also back in contention.

Bielsa added: “The injuries are not one of the reasons why we are there and of course it worries me, the position we occupy in the table.

“I’m in charge of a group of footballers to warrant, to deserve to be in a higher position.

“The club has trusted in me and one of the aspects that shows this confidence is what they pay me to do this job. Of course, these results I am offering are not what’s expected.”