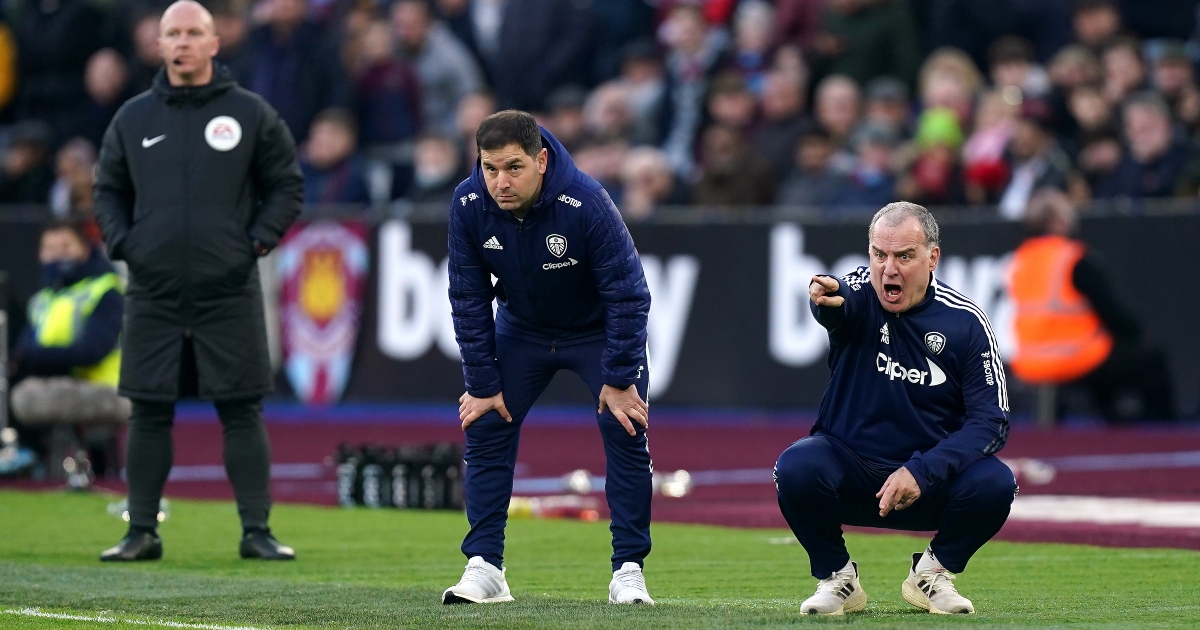 Marcelo Bielsa has heaped praise on his Leeds players after Jack Harrison’s hat-trick fired the Yorkshire side to a 3-2 win at West Ham.

But unlike a few miles up the road in north London, there were no thoughts of a postponement.

“There’s rules to ask for that type of thing and we didn’t meet the criteria to ask for a suspension of the game,” said Whites boss Bielsa.

“I think it was a triumph for the players. Each of them did things which indicated a very big desire to win.

“I clearly observed this was a game for each of the players, there was a determination in the search for the victory that was very visible today.

“I think the biggest factor in the game is when a footballer puts so much effort into what they do the virtues they possess come out.”

Harrison opened the scoring from Adam Forshaw’s lay-off in the 10th minute, before Bowen equalised with a header.

Leeds retook the lead almost immediately when Luke Ayling flicked on a corner from Raphinha and Harrison pounced at the far post.

A solo goal from Pablo Fornals hauled West Ham level again, but Raphinha capitalised on some sloppy defending to tee up Harrison for the third on the hour.

“The three forwards complimented themselves in a very harmonious way,” added Bielsa.

“Raphinha improved Dan James and Harrison with the types of balls he gave them. Harrison scored three goals and James opened up spaces constantly. It was a very big effort.”

Bowen should have equalised in stoppage time, but he attempted to chest the ball into the net and sent it over the crossbar.

“I can’t see why he wouldn’t head it instead of chesting it in,” said manager David Moyes

“But Jarrod scored a great goal and did a lot of good things. It happens, and we shouldn’t have been in that position.”

Three games in a week have taken their toll on West Ham’s bid for the Champions League spots, and Moyes was unhappy that his side had to play their rearranged match with Norwich on Wednesday night.

“I think it was a huge factor today,” he added. “The people who are putting in the games in place do not understand the importance of recovery.

“Today was really tough for us to get back out. We didn’t feel the Norwich game should have been put in, we let them know that but they refused our request. They wanted it played but it’s had an effect on today’s game.

“Maybe we’re not being tough enough, maybe we should have fought harder for it. Maybe I’m going to do that in the future.”