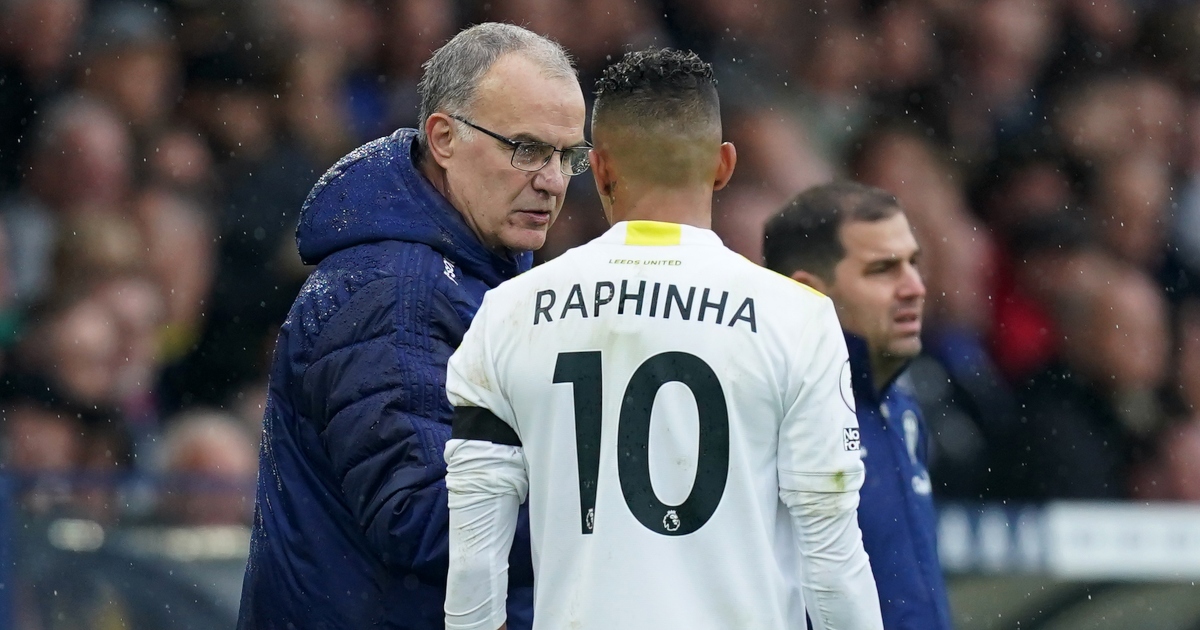 The Brazilian winger has been superb since making the move to West Yorkshire from Rennes in 2020.

He has made 49 appearances for the Whites and has scored 14 times whilst providing ten assists.

Raphinha is attracting interest from numerous European clubs, including Bayern Munich and Liverpool, but Bielsa is eager for the 25-year-old to put rumours to bed by signing a new contract.

Leeds are reportedly planning fresh talks over a new deal, with his current contract running until 2024.

“It’s a great decision,” said Bielsa. “Raphinha’s the best player in the team in all the senses.

“Physically he’s the best, technically he’s at the level of the best and his interpretation of the game is very wise.

“He’s within the group of such a powerful nation as Brazil, he shines in the Premier League and he has the attention of all the big clubs in the world.

“All of those things are something you guys know as well. Nothing I’m saying is new. As a result, the decision of the club can only be valued.”

Raphinha is unlikely to leave Elland Road in the January transfer window as Leeds aim to avoid relegation this season.

Meanwhile, Bielsa is hoping to have Patrick Bamford, Rodrigo and Pascal Struijk all available for Sunday’s Premier League game at West Ham.

Bamford sustained an ankle injury in the 1-1 draw at Newcastle in September and Bielsa revealed his decision not to withdraw the striker possibly aggravated the problem.

“The injury was towards the end of the game and I asked Bamford to finish what was left of the game because we needed him,” Bielsa said.

“Perhaps me asking him to do that aggravated his injury.”

Bielsa made his admission to highlight how pleased he had been with his players’ attitude after a succession of injuries left him with a threadbare squad.

“Rodrigo played for a long time with a knock which eventually forced him to stop,” the Argentine added.