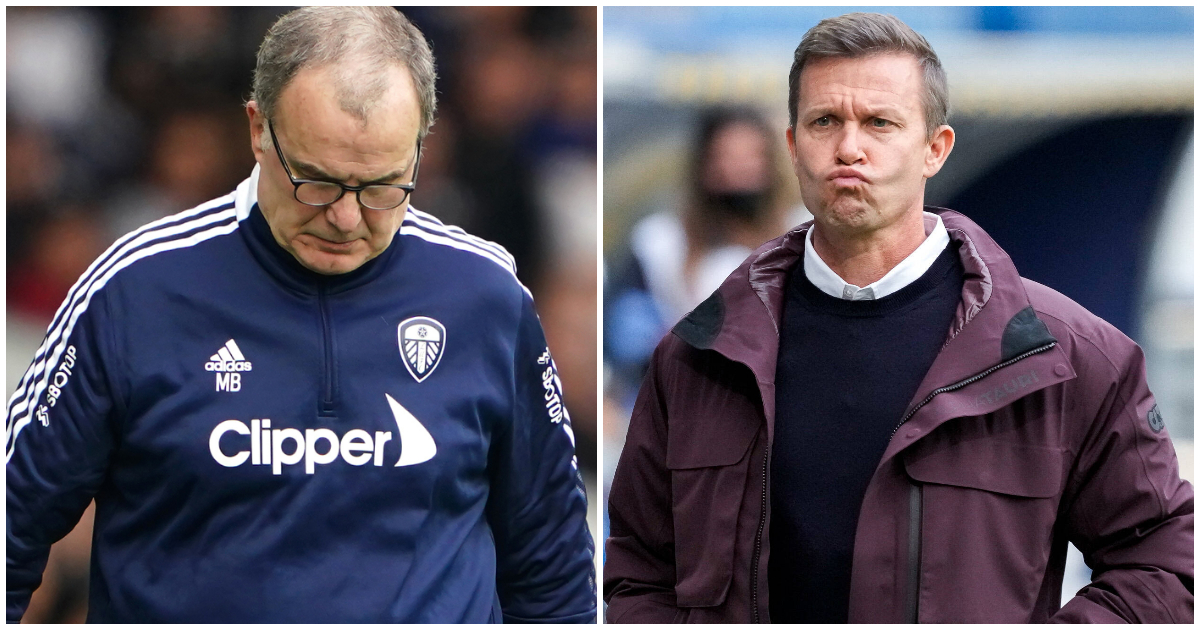 Marcelo Bielsa’s future at Leeds is in serious doubt, according to reports.

Leeds suffered a 4-0 defeat to Tottenham on Saturday, just days after they were thumped 6-0 by Liverpool at Anfield.

It leaves Biela’s side just three points above the relegation zone, having played three games more than Burnley in 18th place.

Sources told The Athletic that the Argentinian’s position at Leeds has ‘been under heightened consideration since that heavy loss at Liverpool’ and another poor performance and big defeat on Saturday will further increase the pressure.

The report adds that Jesse Marsch is a ‘leading candidate’ to replace him at Elland Road.

The former RB Leipzig coach was thought to be in line to replace Bielsa in the summer, but those plans could now be brought forward.

But he was sacked by the Bundesliga side having won just five of 14 games.

Bielsa admitted after the Liverpool defeat that he was concerned by the Leeds results.

“Very worried. The worry is proportionate to the results we have obtained,” said the Argentine.

Bielsa also admitted that he is feeling the pressure that Leeds are under right now.

“I am a normal person, I do a job that has a lot of repercussions and I feel like all the people that are not able to offer the results that are expected.

“The situation I am going through is similar to that of a common person where they are not able to achieve what they should.

“The repercussion of my task is the big difference and I am used to living through these situations.”

When asked if he would change the way his side set up defensively, the Leeds boss admitted that his options are restricted by a number of injuries to key players.

“Any explanation I may give, I try not to give excuses but to explain.

“When you go through negative moments any explanation that you give is rejected.

“What said was that in our squad the positions of right centre-back, left centre-back and defensive midfield have five players that occupy those positions.

“Those positions are occupied by [Diego] Llorente, [Pascal] Struijk, [Robin] Koch, [Kalvin] Phillips and [Liam] Cooper. The sixth player we have added to that position as always is [Leo Fuhr] Hjelde who is a young player.

“Leeds in their planning cannot have two players of a high level in every position. In the case of this position we have five players of a top level and a sixth one, a young one. Of those six players, five were missing at the same time.

“So that situation is resolved it by [Luke] Ayling as a centre-back and [Adam] Forshaw as a defensive midfielder. In a game like the last one the players that shone the most were those two and in the game against Man Utd, the same.

“Sometimes a resolution of the problems depends on those who are available. Of course you would have other arguments.”