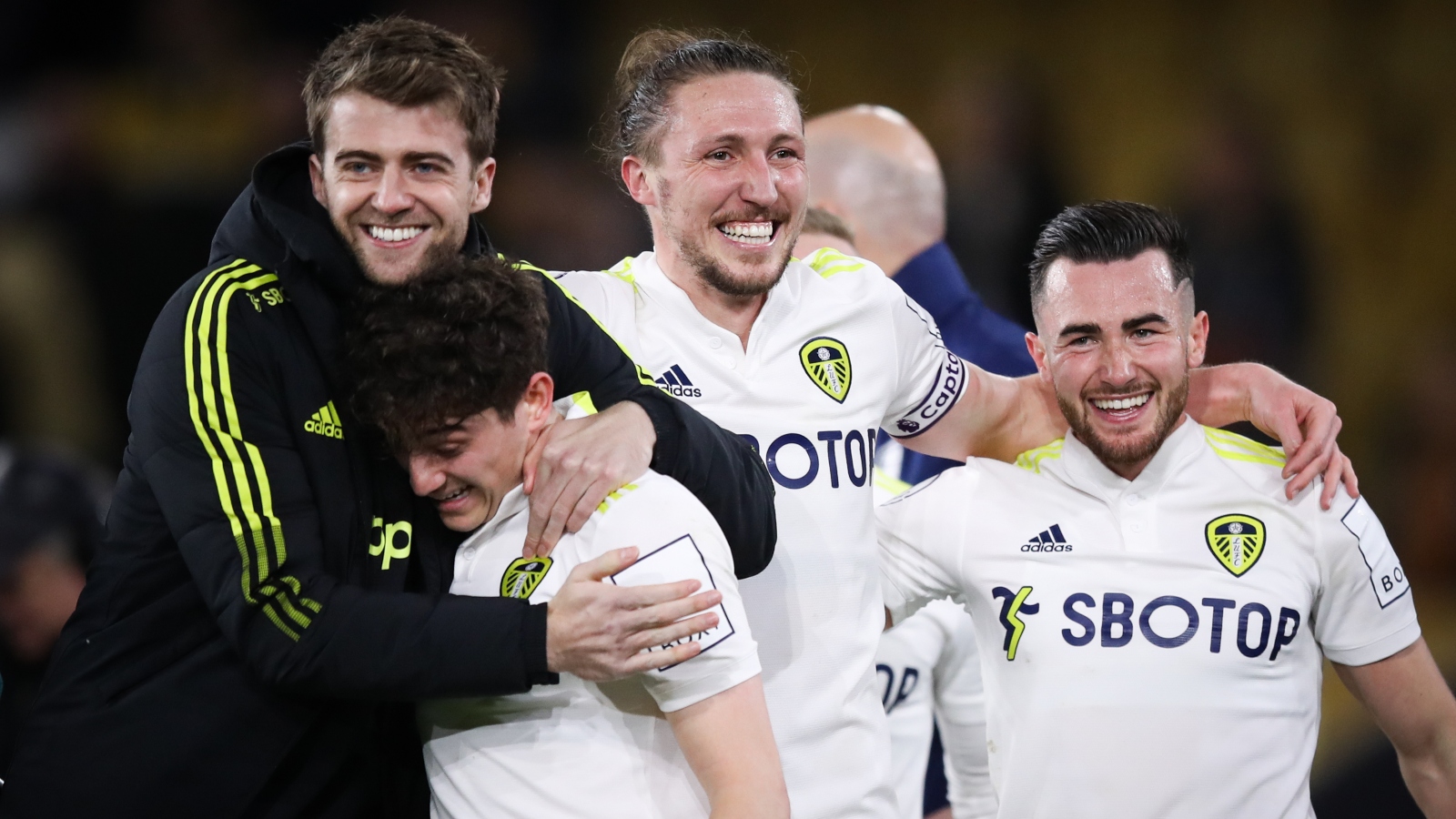 Jesse Marsch is still facing a “big battle” to keep Leeds United in the Premier League, according to Danny Murphy.

The Whites took a giant step towards safety on Friday after battling from two goals down to win 3-2 at Wolves.

Raul Jimenez’s second-half red card changed the game completely, giving Marsch’s side a second wind in their pursuit of a positive result.

Jack Harrison and Rodrigo netted in the space of three minutes before Luke Ayling scored a 91st-minute winner.

Despite their impressive win at Molineux, former Liverpool midfielder Murphy insists Leeds are not safe yet, saying that Marsch has a “big job” on his hands.

“There’s still a big battle on for them,” Murphy said on talkSPORT (via Inside Futbol).

“They are still conceding chances and if it wasn’t for the sending off they probably would have lost the game.

“It’s certainly not done just because they won.”

The Brazilian has been key to the success enjoyed by Jurgen Klopp and his side in recent seasons with Liverpool winning the Premier League and Champions League in Firmino’s time at the club.

Firmino now has less than 16 months remaining on his contract at Anfield, with Sadio Mane and Mo Salah’s contracts running out at the same time.

Mane, Salah and Luis Diaz were rested against Nottingham Forest on Sunday, with Firmino getting his 14th start of the season, and Phillips was asked if Klopp’s team selection hinted at a new pecking order. He told Football Insider: “Moving forward, I think he’ll go.

“When I look at Diaz, Mane, Salah and Jota, Firmino is the one for me that is likely to move on.