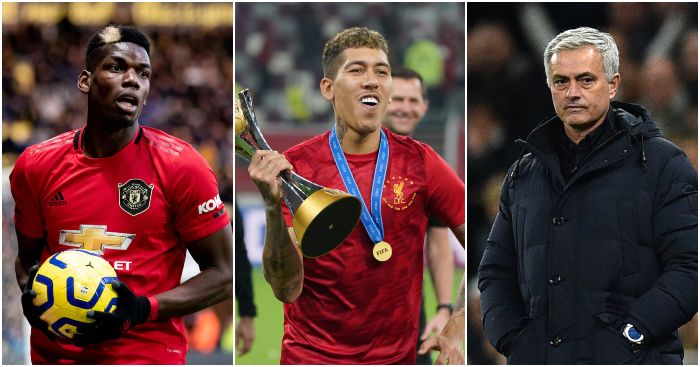 Game to watch – Leicester v Liverpool
This should not be a contest. After 17 games, Liverpool have more points than Leicester have accrued in nine of their 13 full Premier League seasons. An away victory at the King Power Stadium would bring them to 52, equalling the Foxes’s haul from last campaign even before they have played half of their matches.

And Brendan Rodgers has developed an obvious blind spot. Leicester have lost to Liverpool and Manchester City and drawn with Chelsea this season, not beating any fellow member of the current top four since, as it happens, last Boxing Day.

But they have earned their place at the forefront of the resistance. Leicester cannot, should not and will not be underestimated.

The disappointment at dropping their first points against a team outside the top eight by drawing with Norwich, followed by the dismay at defeat to City, speaks volumes. This is a club that has raised expectations to such an extent that three consecutive Premier League games without a win – their last such run came in February and led to Claude Puel’s sacking – would be cause for genuine concern.

They should not expect to beat Liverpool, of course. Nor should the leaders assume victory is their right. But Rodgers has to make them competitive. Above all else, he needs to make Leicester look like Leicester. The Foxes have been sensational but this sort of game has seen them retreat into their shell, become a shadow of themselves and play like they think a ‘big’ team should instead of how they can.

And they can beat Liverpool. They have a defence capable of thwarting them, an arguably better midfield and a striker in sensational form, who just so happens to enjoy the grand occasion.

For Liverpool, a meaningless but entirely significant landmark is on the horizon. Their current lead atop the table is ten points with a game in hand. No club has ever squandered a gap of more than 12 points – good day, Kevin Keegan – to lose the Premier League title. A win here and the Reds would have a margin for error of five games that they have hardly needed thus far.

But Jurgen Klopp would have chosen a different opponent to play through the haze of jet lag and bewilderment, an alternative host to one that has conceded a league-low times at home, another welcome party instead of one put on by a planner with at least six more goals than anyone else. This will be as hard for the visitors as it will be for the hosts.

“The last half an hour when Paul came on was the only plus,” said Ole Gunnar Solskjaer, acknowledging just what a difference the Frenchman made in his first appearance since September 30. “He gave us that little bit of edge and urgency. He has been working really hard. Let’s see how he reacts to this.”

That the onus still apparently remains on Pogba to “react” tells its own story of a player under constant and unremitting pressure. Much of it is often brought on by himself – or his agent – but United clearly still need him a damn sight more than he needs them right now.

Which is not to say he should be immune from criticism. The half-hour transformative snapshot at Vicarage Road cannot erase the countless underwhelming performances, lethargic displays and indifferent matches that have littered Pogba’s Old Trafford career. He has started six games this season – with opponents including Crystal Palace, Southampton, Rochdale and Unai Emery’s Arsenal – and United have won only one.

Take that back further to last season and United have been victorious in just two of the last 15 games Pogba has started.

Perhaps that is simply an unfortunate coincidence, more a reflection of inconsistent club than player. The first game of his injury-enforced absence saw a midfield of Scott McTominay, Fred and Andreas Pereira toil in defeat to Newcastle at St James’ Park. The same opponent awaits on Thursday. What will surely be his first start since returning is as good a time as any to remind United what they have been missing.

Manager to watch – Jose Mourinho
It took Jose Mourinho 50 games to accomplish at Chelsea what he has already managed at Tottenham. Four Premier League victories from six matches only goes so far as to silence the questions prompted by two defeats.

The Portuguese has passed the milestone of a month in charge and, arguably, only one of his wins has been convincing. Near-capitulations marred their work against West Ham and Bournemouth, Wolves were desperately unfortunate and Olympiakos led for longer than they were behind in north London.

The visage has even begun to crack, with attempts to undermine Frank Lampard’s tactics and deflect from Heung-min Son’s latest red card by pointing the finger at Antonio Rudiger examples of an old dog playing the classics after realising new tricks were beyond him.

The Manchester United setback at least prompted an immediate and emphatic response as Burnley were dispatched with ease in their next game three days later. Mourinho has an extra 24 hours to recover from losing to Chelsea and prepare his players to greet the side which inflicted upon them their heaviest Premier League defeat since 2018 in October.

That Brighton game was a complete and utter humbling, the sort which Mauricio Pochettino never recovered from. It was the first of a five-game winless run at the end of which the Argentine was sacked, as the Champions League runners-up crashed back down to earth.

There cannot be a repeat. Brighton are a fine side under Graham Potter but are 13th and have won three away league games this calendar year. Harry Kane cannot be left isolated. Eric Dier and Moussa Sissoko cannot start together in central midfield. Paulo Gazzaniga cannot continue under the impression he is playing seminal console game RedCard, or FIFA: Road to World Cup 98 with the referee strictness adjusted. Mourinho cannot contemplate his excuses, for failure here really is not an option.

Team to watch – Manchester City
It was the powerlessness that stood out. There was no reaction or reply, only a stark impotence. Manchester City tend to seem more dangerous when they’re vulnerable. Wolves paralysed them.

Pep Guardiola conceded it was “not our level” and “a bad day” after Wolves strolled into the Etihad Stadium in October, raided the fridge, traipsed mud through the living room, put their shoes on the coffee table and changed the channel. Their last shot on target came in the 46th minute as as the Spaniard lost at home in the Premier League without scoring for the first and, as yet, only time.

The gap to Liverpool then was eight points. Another three later – and potentially six by the time they play on Friday – City know this race might already be run.

But comfortable wins over Arsenal and Leicester in the space of six days have restored some of that aura and confidence. They swaggered in the former and scrapped before stirring in the latter. There was a familiarity about their ruthless brilliance which has been lacking all season.

Wolves could evaporate that head of steam before it properly permeates the December air. City have won three straight Premier League games just once all season; they really could do with that particular bolt of lightning striking twice.

Six-pointer to watch – Aston Villa v Norwich
It did not feel as though these two sides would ever be separated by a single place when Aston Villa departed Carrow Road with a 5-1 win in October. Two months later, that three-point gap remains but the Canaries are joined by Dean Smith’s side in the relegation zone.

No side is in worse form than Villa, who have lost four in a row and won only one of their last nine. But while they were sleepwalking into trouble before, coming narrowly short in valiant attacking displays, they are now approaching free fall, losing their last three games by at least two goals.

Norwich have at least displayed some resolve, beating Everton 2-0 last month, drawing with both Arsenal and Leicester and losing 2-1 to Southampton, Sheffield United and Wolves. Against a John McGinn-less Villa, that might be enough.

Football League game to watch – Leeds v Preston
They’re falling apart again, they’re eight points ahead of third-placed Sheffield Wednesday and they face Preston, who recently beat Fulham in fourth. Don’t for a second think the side in fifth aren’t desperate for a first league win at Elland Road since winning 6-4 in 2010.

European game to watch – Erm…
Unless you fancy some hot Belgian First Division A action, you’re bang out of luck. Say what you want about Brexit, but the rest of the continent bloody loves a winter break.

Eyebrow to watch
That would be at Goodison Park. And we do not mean Sean Dyche.