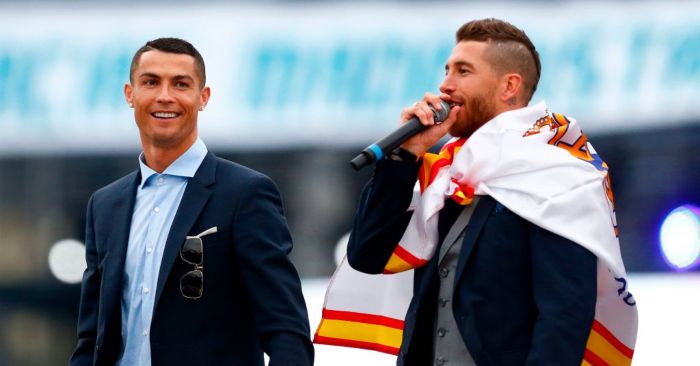 It is eight years since Didier Drogba did what he does at Wembley. Is he the greatest big-game player in football history? Cristiano Ronaldo might have something to say about that…

10) John Robertson
Liverpool took a quite modern approach to the League Cup in its formative years. They neglected to even enter from 1961 to 1967, falling at the second hurdle in the inaugural competitions and deeming it hardly worth the hassle thereafter. It took them until 1978 under Bob Paisley to reach a final, at which point referee Pat Partridge and John Robertson condemned them to defeat in an Old Trafford replay.

Brian Clough’s favourite player was already developing something of a match-winning edge by that point. Robertson was level with Peter Withe as Nottingham Forest’s top league scorer as they won the First Division in May, before the winger went continental. It was his sublime cross that assisted Trevor Francis in 1979 and his fine strike that sunk Hamburg a year later as Forest defended their European crown with successive 1-0 victories. He also netted the winner for Scotland in a British Home Championship match in 1981, then scored in the 1982 World Cup against New Zealand. Not bad for a little fat guy.

9) Alfredo Di Stefano
It might be that Alfredi Di Stefano is unfairly overlooked as one of the all-time greats. That he retired in 1966 and never played in a World Cup certainly counts against him; the rest of his CV is difficult to debate.

Before the tournament’s rebrand, Di Stefano was the European Cup’s record scorer. At a time when there was no group-stage stat-padding he was essentially a cheat code, dragging Real Madrid to five consecutive trophies with goals in each final from 1956 to 1960.

There was domestic success, too. Two goals in his first official meeting with Barcelona foreshadowed a record even Cristiano Ronaldo could only match – that of Real’s highest El Clasico scorer. Defences were as bemused by him as he was by the concept of Julien Faubert.

On this day in 2009, arguably one of the strangers transfers in football history occurred when Real Madrid signed Julien Faubert on loan pic.twitter.com/eNkJQHwXtI

8) Franco Baresi
Even the solitary blemish on Franco Baresi’s remarkable career was preceded by characteristic dominance. His miss in the 1994 World Cup final penalty shootout owed to the severe fatigue and cramps that had built up during one of the single greatest defensive performances in the sport’s history, thwarting Romario, Bebeto and the rest of that formidable Brazil side for 120 minutes. Not to forget the knee he had knackered in the group stages, an injury that would have sidelined an ordinary player for months.

That botched attempt was not pivotal either, not in the Baggio sense; fellow centre-half Marcio Santos had his subsequent effort saved by Gianluca Pagliuca. Baresi rarely required such rescue missions throughout his career, helping Milan concede only three goals combined in the quarters, semis and finals of the 1989 and 1990 European Cups and 1994 Champions League. He also did not miss a second of Italy’s record-setting 517-minute run without conceding at the 1990 World Cup. Hell, Baresi played for over an hour with a broken arm in a November 1989 Milan derby; they obviously kept a clean sheet.

7) Samuel Eto’o
The only player in history to win the European treble in consecutive seasons made a fair contribution to both Barcelona and Inter Milan’s successes. Samuel Eto’o was second to Diego Forlan as La Liga’s top goalscorer and summarily dismantled Nemanja Vidic in 2009, then promptly offered his elite services to Jose Mourinho in Italy at the turn of the decade.

Eto’o was actually the second player to score in multiple Champions League finals, his late equaliser in 2006 the first goal Arsenal had conceded since their second game of the group stage. The leading scorer in Africa Cup of Nations history netted in all six of the tournaments he featured in – another record – guiding Cameroon to the trophy twice and himself to the Golden Boot two more times.

The first and last trophies of his club career were pleasingly parallel, too. Eto’o scored twice in both the 2003 Copa del Rey – in which he bagged a brace against Real Madrid in the quarter-finals – and 2011 Coppa Italia finals, a player bowing out on the same huge stage which witnessed his birth as a superstar.

6) Gerd Muller
What do Atletico Madrid, Leeds, the Netherlands and the Soviet Union have in common? Under strict instructions from my lawyer, I am obliged to point out just one similarity: they were all vanquished by the final boss of the 1970s: Gerd Muller.

It started with his two goals in the 1972 European Championship final, giving West Germany their first major tournament success in 18 years. The Berlin-based equivalent of Baddiel and Skinner must have been ecstatic.

Two years later, Total Football was humbled as Muller saved his final international goal for the winner in the 1974 World Cup final. That came shortly after he scored twice to beat Atletico Madrid in the 1974 European Cup final, the same last hurdle Leeds and Jimmy Armfield controversially tripped over in 1975. Muller iced them all.

5) Sergio Ramos
Liverpool need no reminder of the lengths Sergio Ramos will go to if there is silverware on the line. The centre-half has scored stoppage-time equalisers in Champions League and Super Cup finals, but he was willing to sacrifice Mo Salah’s shoulder and the entire career of Loris Karius to add to his medal collection.

Twice the Spaniard has spoiled the fairytale ending in separate Madrid derby Champions League finals. Does he cherish his three goals in semi-finals more than the fact he started in Spain’s Euro 2008, World Cup 2010 and Euro 2012 finals, all of which were won to nil? Obviously not, but that highlights his effectiveness at both ends under the brightest spotlights.

Each of Sergio Ramos’ last seven Champions League goals have come in the knockout stage.

4) Peter Schmeichel
Without Peter Schmeichel, there would be no Treble. His penalty stop from Dennis Bergkamp in the 90th minute of that breathtaking FA Cup semi-final replay against Arsenal sustained Manchester United, much as his saves against Steffen Effenberg and Carsten Jancker in the Champions League final gave them an unlikely platform.

A more reliable keeper for the big occasion has never existed. Schmeichel kept clean sheets in the 1992 League Cup and 1994, 1996 and 1999 FA Cup finals, although even he couldn’t keep Basel at bay for Aston Villa en-route to 2001 Intertoto Cup glory.

The pièce de résistance of clutch goalkeeping came in Sweden at Euro 92. He saved the only missed penalty of the semi-final shootout against the Netherlands, keeping Marco van Basten at bay, before rendering Germany powerless and scoreless in the final.

3) Andres Iniesta
Steve McManaman and Angel di Maria have been named man of the match in Champions League finals. Antoine Griezmann and Mario Gotze have had that honour bestowed upon them in the World Cup. The relevant European Championship list is relatively uninspiring and predictable, yet still makes room for Theodoros Zagorakis.

Andres Iniesta is the one player that has combined all three to create a feat of unique brilliance. The showpieces of Euro 2008, World Cup 2010 and the 2015 Champions League were all reliant upon his deftness of touch and quickness of mind to create defining, clinching moments.

It could even be argued that his half-time introduction in the 2006 Champions League final helped slowly turn the tide, while one notable onlooker considered his stoppage-time winner in the 2009 semi-finals at Stamford Bridge to be “a f**king disgrace”. One of precious few Barcelona players to receive applause from the home fans at the Bernabeu will know such adulation is earned, not least through reputation.

It's not a contested one, really, but Andres Iniesta is the greatest big-game player of his generation.

2) Cristiano Ronaldo
When you have more goals in the Champions League knockout stage than all but two other players have goals in the Champions League’s entire history overall, one might suggest you thrive when the pressure is on. Cristiano Ronaldo had his moments of fallibility – putting John Terry within a slip of crowning Chelsea European champions, to name one – but they are mere exceptions to a rule of oft-topless talisman.

His Champions League exploits are otherworldly: 25 goals in 22 quarter-final games; 13 in 21 semi-finals and four in six finals. An injury-enforced absence from Portugal’s Euro 2016 coronation must still sting but Ronaldo will be soothed by memories of feats as remarkable as his extra-time Copa del Rey 2011 winner against Barcelona, his Nations League semi-final hat-trick in 2019 and the greatest accomplishment of all: opening the scoring against second-tier Millwall in the 2004 FA Cup final.

1) Didier Drogba
It is probably easier to put all this in chronological order, so here goes:

The only blot on Didier Drogba’s record was his shootout miss in the 2006 Africa Cup of Nations final, and even then he scored twice in a quarter-final shootout win against Cameroon before netting the only goal of the semi-final with Nigeria. Arsene Wenger still shudders at the mere sound of his name.