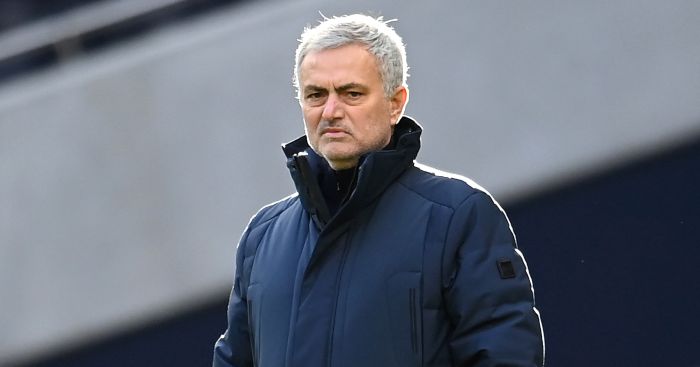 Game to watch – Burnley v Man Utd
United will become the sixth team this season to top the Premier League table if they beat Burnley on Tuesday. The last time they looked down on the rest was 877 days ago, after their first game of the 2018/19 season. That was very much a flash in the pan – they remained there for less than a day, before the other darn teams got to play – but this United team could stay at the top, for a couple of games at least.

They probably won’t stay there. Not because they’re not good enough but because other teams need their turn at the top in this nonsense of a season – the noisy neighbours, for example.

But their form, the football they’re playing and signs of Fergie team tropes suggests they will remain in the upper echelons. Games between title challengers are typically decisive in tight seasons, but in this abnormal campaign, spanking the minnows and the also-rans could get you very close indeed.

Team to watch – Manchester City
If United lose to Burnley, and Manchester City, Everton and Spurs all win this midweek, one point will cover the top six teams in the Premier League. This is a proper title race.

The title contention narrative has changed more frequently and quickly than a Dan Brown novel. Protagonists Chelsea have now been killed off, while Spurs and Everton have been brought back to life, United have returned like a call-back from a more successful prequel and side plot City are fast becoming the main source of intrigue.

The last time City lost – 2-0 to Spurs on November 21 – was also the last time their opponents Brighton won, as they beat Villa 2-1. Since then, City have won five and drawn two, while Graham Potter’s side have drawn five and lost three.

But more significant than City’s results have been their recent performances. The 3-1 win over Chelsea felt like a big moment in this Premier League season; a warning to Liverpool and the title wannabees; a reality check for the doubters. This is a squad brimming with talent with a brilliant and seemingly revitalised manager on an upward trajectory, not adhering to the peaks and troughs of the rest.

Player to watch – James Rodriguez
The peak and trough team has been Everton. After their 2-2 draw with Liverpool in gameweek five they were unbeaten at the top of the table. They then picked up just five more points in their next six games, to leave them ninth. Now, after four wins on the bounce before the 1-0 defeat to West Ham they are four points off the top with a game in hand, against Wolves on Tuesday.

And here comes the explanation as to how James Rodriguez has been the major factor in those dips and rises in form. Unfortunately things are rarely so neat.

He defied cliched ‘logic’ by arriving in the Premier League and being brilliant straight away. His form then dipped with the team, allowing a much-needed opportunity for the ‘toughest league in the world’ campaigners to talk physicality and fitness, before an injury kept him out for a four-game winning streak. They were good with him, a bit sh*t with him, then good without him.

When Everton signed James from Real Madrid we questioned whether he was a luxury they could afford. There’s no doubt he’s a luxury: he’s a stunningly talented footballer who doesn’t run; they’re much more solid but far less creative without him. But the question of affordability is yet to be answered definitively.

Maybe we’ll never know – we can’t if Carlo Ancelotti plays him regardless. And hopefully we never do: Everton are much more fun when he’s playing.

Manager to watch – Jose Mourinho
“Just to say it felt unprofessional, but that is the way it was,” Mourinho said after Tottenham’s game against Fulham was postponed on December 30. “Training sessions before that would be different if we were going to play that game. People say good for me that there was no game, but only good for me if I knew there was no game.”

Sure, it’s against Fulham not Aston Villa, but they’re not so different… Mourinho won’t care about that, or that the Premier League waited until two days before to make a decision instead of last week when they knew about the outbreak. Nothing of the sort will be on Mourinho’s mind, he’ll brush it off, the carefree customer he is.

In all seriousness, what the f*** is going on? Fulham themselves have players only just returning from isolation and unless emergent coronavirus symptoms include an improved touch to turn Kevin McDonald into Jack Grealish and five extra yards of pace to see Aleksandar Mitrovic morph into Ollie Watkins, both teams are going to be undercooked and unprepared.

Would Liverpool or Manchester United have been subbed in at the last minute? No chance.

Football League game to watch – Brentford v Bristol City
Brentford haven’t been beaten in the Championship since October 24. They’ve won eight of the 15 games since, including their last three. Ivan Toney – signed from Peterborough for £5million in the summer – is doing an excellent Watkins impression; he is top scorer in the division on 16 goals.

They will move above Swansea in second on Wednesday with a win over Bristol City, who themselves can move to within touching distance of the play-off spots.

European game to watch – Atletico Madrid v Sevilla
Diego Simeone’s side will be looking to put their embarrassing Copa del Rey defeat to third-tier Cornella behind them as they host Sevilla on Tuesday.

Atletico sit top of La Liga with three games in hand over second-placed Real Madrid, having lost just once and conceding a ludicrous six goals in 15 games. With Luis Suarez scoring goals at a rate of just under one per game, they’re going to take some stopping.

Julen Lopetegui, having signed a new deal with Sevilla this week, will see his side jump into the Champions League places should they win.