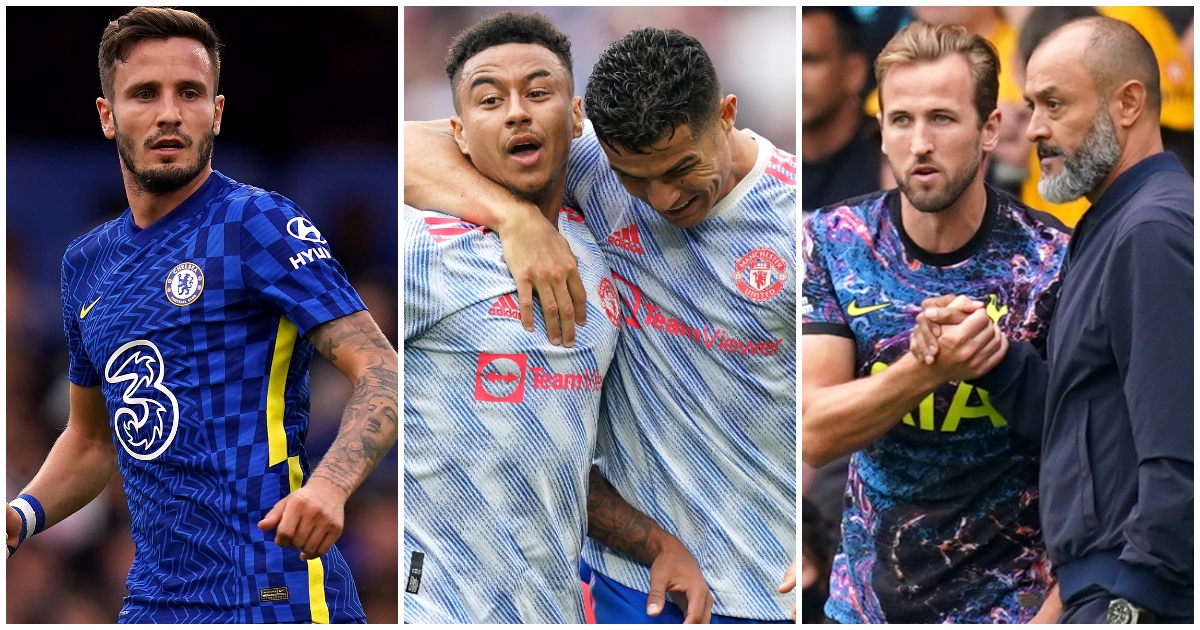 Game to watch – Manchester United v West Ham
Three days after a truly ridiculous climax at the London Stadium, Manchester United and West Ham get to do it all again in the Carabao Cup third round at Old Trafford on Wednesday night.

Of course, we expect the two teams will be quite different from the ding-dong at the London Stadium on Sunday, but Ole Gunnar Solskjaer has already confirmed that one of the stars of the very late show, Jesse Lingard, will start against the Hammers.

Lingard has made key contributions as a substitute in the last week, with two goals in the Premier League and an unfortunate assist in the Champions League.

Unlike previous seasons when Solskjaer would shuffle out the deadwood and the kids, United have a squad large enough to make sweeping changes while retaining a first-XI look. Other players who need to make a similar impact to Lingard include Anthony Martial, Diogo Dalot, Donny van de Beek, Eric Bailly and Victor Lindelof.

The thing they all have in common is the fact that they looked surplus to requirements in the summer, and some still will be. But Jadon Sancho arrived as United’s biggest summer signing and is hoping to impress – ideally in his preferred position on the right – against the Hammers.

For David Moyes, the Carabao Cup perhaps slips to fourth out of four in the list of West Ham’s priorities this season, what with his side playing Europa League football this term. But the Scot has never won at Old Trafford as a visitor – he barely won there as United manager – and having suffered one abject cup exit at Old Trafford in 2021, Moyes should be motivated to take the tie seriously.

Team to watch – Norwich
Just when Norwich thought their horror run of fixtures had ended, back to Carrow Road go Liverpool for the second time this season.

Since the Canaries don’t look like winning a game or ever keeping a clean sheet again, at least Daniel Farke can be certain that his beleaguered side won’t be facing Jurgen Klopp’s big guns. Klopp himself could not be arsed to do the pre-match press conference, instead sending out Pep Lijnders in his place. Which tells you all you need to know about where the Carabao Cup sits in his mind.

But this is still a big game for Norwich as they desperately look to end a wretched run of form before they go to Merseyside to face Everton on Saturday.

How does Farke kickstart the Canaries’ campaign? There is only so much he can do since individual errors are crippling the Premier League’s only pointless side, which isn’t helped by the unfamiliarity that occurs within a much-changed squad.

One change could be a tweak to Farke’s formation. The adoption of 4-3-3 is a brave call, but one that is leaving a ropey defence horribly exposed. Against Liverpool, regardless of who wears red on Tuesday evening, Farke must be tempted to revert to two holding midfielders.

Without shoring up at the back, City’s attacking capability almost won’t matter because they simply cannot outscore Premier League opposition. Tuesday night might be a good time for Farke to begin practising some pragmatism.

Player to watch – Saul
Just when Saul was beginning to get John McGinn’s grinning mug out of his head whenever he closed his eyes, the Chelsea new boy is set to do battle with the same opponent who made his Premier League debut a torrid affair last week.

At least Saul won’t have to encounter McGinn again. The Villa midfielder was dizzy himself on Saturday, though that was down to a knock on the head rather than any opponent running roughshod over him for 45 minutes.

That’s what happened to Saul before he was hooked on his Chelsea bow. Given how quickly Thomas Tuchel tends to take decisions over his players, the on-loan midfielder needs a vastly improved performance if he gets the nod to line up in Chelsea’s XI against the Villans at Stamford Bridge.

Tuchel has explained the need for the 26-year-old to be given time to adapt, which is a reasonable request, albeit not always forthcoming. But given the strength of Chelsea’s midfield – especially while Mateo Kovacic has started the season on fire – Saul simply must impress or, at the very least, do the basics after a nightmare debut in which he could barely find a Blue shirt.

Manager to watch – Nuno
One consolation for the Tottenham manager: his old team are in a worse state than his new one…

Nuno makes a second return to Wolves inside the first eight days of his Spurs reign, which started so brightly but has quickly turned sour after consecutive 3-0 defeats in the Premier League to London rivals. “A lot of things went wrong,” said Nuno after the Chelsea humbling. The same applied a week earlier when Spurs looked devoid of ambition or guile at Palace.

The boss could go one of two ways when he goes back to face his former club: Nuno could rest his big names before the north London derby at the weekend; or he could give them the opportunity to play their way into something resembling form before going to the Emirates.

Dele Alli, Giovani Lo Celso and Harry Kane certainly need something to kickstart their season. The struggles of the first two – and the entire Spurs midfield – perhaps offers the latter mitigation of sorts, though there is no question that Kane looks a long, long way from his best when the ball finds him. Or on the increasingly common occasion when he drops into midfield to find it.

Heung-min Son made a swift recovery from injury to line up against Chelsea but in a central role with Kane, curiously, starting from wide. Nuno has Molinuex to refine his attacking formula before going to an Arsenal side on the opposite trajectory.

In contrast to Spurs, Wolves are creating chances, but appear incapable of finishing them. Something has to give.

Premier League Most Chances Created without an Assist this season:

Someone help Wolves out… #wwfc 🐺 pic.twitter.com/mJlPFPQTpx

EFL game to watch – Gillingham v Charlton
Four EFL matches this midweek – but you can’t watch any of them on your telly box.

The most consequential game could be Charlton’s trip to Gillingham on Tuesday night. The Addicks have had a wretched start to the League One season and time appears to be ticking for Nigel Adkins.

Charlton have lost five out of their seven League One matches, four by a single goal, with some travelling supporters at Wycombe on Saturday calling for Adkins to go. Those dissenting voices are only likely to grow if the second-from-bottom Addicks suffer another defeat at 20th-placed Gillingham.

European game to watch – Roma v Udinese
There is plenty of midweek action on the continent, with Ligue 1, La Liga and Serie A fixtures offering an alternative for those with no desire for a taste of the purest Carabao. But undefeated Udinese’s trip to Jose Mourino’s Roma allows you both football fixes while filling the dark void of a Europa-free Thursday night.

Mourinho suffered his first defeat as Roma boss on Sunday night when his new side were beaten 3-2 at Hellas Verona where this thunderb*stard proved decisive.

After checking in with Jose to see how Roma respond, waiting for you on La Liga TV is the second half of Cadiz v Barcelona.