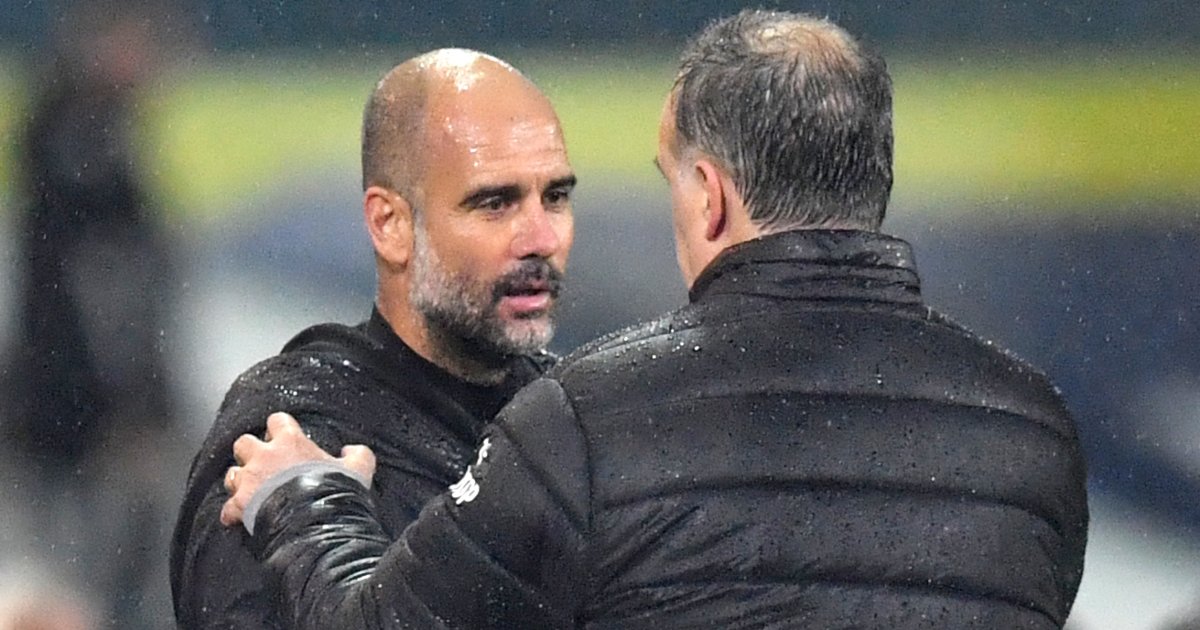 There’s still 90 per cent of a full Premier League midweek programme to enjoy this week, at time of writing anyway.

Game to watch: Chelsea v Everton
Chelsea are currently much the most interesting of the three teams marching relentlessly clear of everyone else in the Premier League after a wild pair of 3-2s – defeat to West Ham and victory over Leeds. For a Chelsea team whose significant success under Thomas Tuchel had been built primarily on a watertight defence, it’s quite a change of pace.

And now we get to watch them play Everton, who are a genuine shambles of a team. The optimism generated by the come-from-behind victory over Arsenal took six days to melt away thanks to a woeful 3-1 defeat at Crystal Palace.

Even if Chelsea are currently unusually vulnerable, it’s unlikely Everton will be able to do anything to take advantage. They’ve already lost 3-0 to Manchester City and 4-1 to Liverpool in their current nine-game run of woe, with Benitez’s difficulties exacerbated by the fact the Everton fans already have songs to sing about him when they wish to voice their displeasure.

There will likely be closer games this week but this one could be the most brutal.

Game to possibly watch: Leicester v Tottenham
At time of writing, three days out from this theoretical football match, it still technically exists and both sides are apparently preparing to play. It will be worth watching if only to see who actually makes it on to the pitch for each side. It has potential to be a shambles.

It might also get postponed, and if it does let’s hope the decision is swifter than that about a Brentford-Manchester United game that never looked likely to take place but was only officially postponed with less than 24 hours’ notice.

In any case the events of the last week – inside and outside football – have highlighted the fragility of the fixture list in times of pandemic. Two fixtures have already been postponed in the last week and, with record numbers of positive cases, the prospect of plenty more fixture disruption looms large. There are very likely significant difficulties ahead, and the Premier League’s current ad hoc case-by-case, game-by-game policy for handling covid postponements may not be fit for purpose. A blanket cessation of action feels closer than at any time since those strange and confusing early days of Project Restart.

Manager to watch: Pep Guardiola
Will he be able to cope with Marcelo Bielsa’s Leeds this time? Their game against Chelsea at the weekend was just about the worst-case scenario in the end for Guardiola ahead of facing them himself: more than enough evidence that the worst of their struggles this season may now be behind them and they can once again give City serious strife, but not enough in the end to take points off one of City’s two title rivals.

Leeds took four points from City last season, and Guardiola has made it clear in the build-up to this one that he again expects hell from Bielsa’s charges.

“We have to adjust a few things because it’s completely different from other opponents. In the end you are going to play the way they play, we are not used much for our qualities to play in these types of games. It’s a challenge.”

Player to watch: Conor Gallagher
While Palace v Everton may not quite be the very Superest of Super Sunday 4pm fixtures, it still sometimes feels like achievements in that particular timeslot carry a bit more weight. Get a bit more attention.

And Conor Gallagher was getting plenty of attention for his performances at Palace well before starting and finishing off the Eagles’ 3-1 win.

He has probably already priced himself out of a return to Palace on any long-term basis with his form this season, but it’s also still hard to see where and how he ties down a first-team spot at parent club Chelsea given the options available in central midfield or among the attackers in Thomas Tuchel’s 3-4-3 formation.

But all that is for the future. For now, let’s enjoy the present, and a chance for an in-form Gallagher to enjoy himself against a Southampton having another one of those sticky get-yourselves-in-trouble spells at which they specialise having shipped 12 goals in a five-match Premier League winless streak.

They’ve won only two of their last six Premier League games and drawn disappointingly at home to Brighton and away at Burnley as well as losing to Wolves.

Those two wins in that run? Just run-of-the-mill 3-2 victories over Liverpool and Chelsea.

Pretty conclusive evidence there that West Ham are very good at playing good sides and not so good against less good sides.

That might be information we could put to some use if this were not a fixture against an Arsenal team that continues to confound and bamboozle anyone who attempts to categorise their general level.

European game to watch: Stuttgart v Bayern Munich
You can sneak this one in before the Premier League midweek action even begins as perennial runaway Bundesliga leaders Bayern (six points, currently, if you were wondering) take on a Stuttgart side sitting just one place and one point above a relegation play-off spot.

They have taken seven points from the last nine available, mind you, beating Mainz and Wolfsburg, and taking a point off Hertha Berlin.

Even that isn’t enough for us to do a “better form than their opponents here!!!!!111111” banter here; Bayern have taken nine points from the last nine because of course they have.