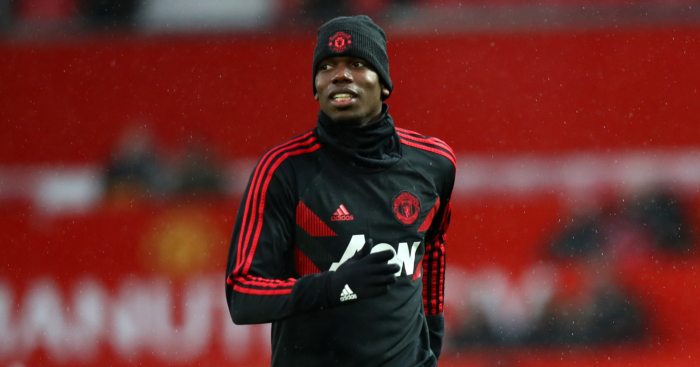 Game to watch – Liverpool v Napoli
Jurgen Klopp will never admit it, but perhaps Gary Neville had a point all along. “The Champions League – if I was Liverpool, I would kick it into touch,” said the pundit in September, advice which the German readily scoffed at.

Yet with Liverpool preparing for a winner-takes-all Champions League visit of Napoli, Klopp would be forgiven for listening to the Red Devil on his shoulder. The manager has fared relatively well trying to balance domestic and European plates so far this season, but refusing to prioritise carries an inherent risk as time goes on. You could quite easily end up accidentally breaking both.

As wonderful as they have been in the Premier League, they have failed to emulate it on the continent. An unkind group has not helped: last season’s runners-up would have struggled to progress convincingly against Paris Saint-Germain and Napoli even without the pressure of having to keep their eyes on the Premier League road.

That said, three defeats in four Champions League games were all as avoidable as they were damaging. One slip would not have affected Liverpool’s hopes; two would still have given them plenty of breathing space. But a hat-trick of poor performances in Naples, Belgrade and Paris leaves them teetering on the brink.

A return to home comforts could be key. Liverpool have lost their last five Champions League away games, but have won six of their last seven at Anfield. “If something special is possible in football, then it is here,” Klopp said at the weekend. He plans to harness that famous atmosphere to thwart Napoli on Tuesday.

Their fate is still in their hands. A 1-0 win or victory by two clear goals puts Liverpool through, but a one-goal win with Napoli scoring opens the door for the Italian side and PSG. The Reds can still top the group and, in the unlikely event that both Napoli and Red Star win, could still finish bottom.

As tempting as it might be, Klopp will not throw this game. He has failed to progress from a Champions League group just once – his first season in the competition in 2011/12. He has reached the last 16 at least on each of his four subsequent attempts.

And as attractive as the idea is, Klopp should not throw this game either. Liverpool have invested enough to expect to compete in at least two different competitions at once. Now they are finally top of the Premier League, it is time to transfer that form to the Champions League.

The lighting has been sorted, the soundchecks have taken place, and the guests will soon start flooding in. For Paul Pogba, the stage has most certainly been set.

“He has to play with the same mentality as the team is playing,” said Jose Mourinho after the 4-1 win over Fulham and, for once, the Portuguese spoke from a position of genuine strength. To beat the Premier League’s bottom side at home is no cause for celebration, but it was a fifth game without defeat. They have now scored eight goals in their last three games; Pogba has been on the pitch for just two of them.

As an unused substitute against Fulham, with first Fred then Scott McTominay sent on ahead of him, the challenge has been laid down to Pogba. United have improved over the past few games without their most expensive player, and he must now fit in instead of having the side suited to him.

In times of struggle, Mourinho’s desire for functionality over fun burns stronger than ever. His comments on Saturday confirmed that he now chooses his teams based entirely on attitude over ability. Pogba is more talented than Marouane Fellaini, Ander Herrera and Nemanja Matic, but until he can match their commitment, he will not be a guaranteed starter.

His journey back to United’s summit must begin by fulfilling Mourinho’s hope to “show everyone how good he is” against Valencia. The manager has placed the ball – and a whole load of pressure – firmly in Pogba’s court.

Managers to watch – Brendan Rodgers and Steven Gerrard
Celtic need to avoid defeat at home to Red Bull Salzburg, who have won all five of their games in Group B. Rangers must win away at Rapid Vienna, who are above them in Group G. For the sides in first and second in the Scottish Premiership, it will not be easy.

Celtic started with a 1-0 victory over Rosenborg, but consecutive defeats to the Red Bull brothers damaged their hopes of progression. Brendan Rodgers has, however, managed to turn things around with wins over Leipzig and Rosenborg, leading to Thursday’s crunch clash with Salzburg.

“I’d have taken this scenario at the start of the group, absolutely,” says Rodgers, who is not ready to settle for a draw at Parkhead. A win would leave Celtic on 12 points – their highest-ever total in a single European group stage.

Rangers do not have the luxury of choosing between a victory or a draw. If they are to prolong their European journey, they must beat a Rapid Vienna side who know a draw at home would be enough to send them through.

“It has to be a level up from the last two performances,” admits Gerrard, with draws against Dundee and Aberdeen stalling a promising league campaign. There have been seven red cards in Rangers’ last eight games in all competitions; they cannot afford such indiscipline on Saturday.

Not since 2008 have Scotland had two sides in European knock-out football at the same time. A decade on, Rodgers and Gerrard are as close as ever to ending that wait.

Tottenham are not trying to boldly go where no team has gone before. Teams have recovered from similar situations. But none had to beat Barcelona at the Nou Camp to do so.

That might not even be necessary if PSV can earn an unlikely result away at Inter Milan. But the odds are that Tottenham will have to become the first team to beat Barcelona at the Nou Camp since May 2013. Since that defeat to Bayern five-and-a-half years ago, Barca have scored 87 goals in 28 home games, conceding 13 times and never more than once in a single match.

There is a chance. Barcelona are already guaranteed to finish top of the group, so would be forgiven for allowing complacency to set in. Ernesto Valverde also continues to battle against the tide of public opinion, while only seven teams have conceded more goals in La Liga this season.

With Luis Suarez ruled out and Ousmane Dembele struggling under the weight of expectation, things are not exactly duraznos con crema. And with the manager’s declaration that there is “sure to be rotation” in his team selection, Tottenham need not see this as mission impossible.

Harry Kane will be fresh. Christian Eriksen will be eager. This squad will be ready to atone for mistakes made earlier in the competition as emphatically as possible. It will be difficult, but the Champions League is supposed to be.

After winning more league games than any side in England’s top four divisions in November (4), Charlton have settled in the final play-off position in League One. Lee Bowyer took over as caretaker manager in March, and 18 wins from 38 games has been a fine start to his coaching career.

In the opposite dugout will be Kenny Jackett. Bowyer had only just joined Leeds as a teenager when the Chesterfield boss took his first job in management, and despite the pair being separated by a relatively small 15 years, their experiences could not be more different.

On Wednesday, the apprentice will hope to spring a shock on the master. Portsmouth are unbeaten in 13 games, but would be foolish to underestimate the improving Addicks.

European game to watch – Shakhtar Donetsk v Lyon
In five Champions League groups, the top two have already been confirmed, if not the order. The three entirely undecided groups share one thing in common: English representation. But unlike with Groups B and C, the Premier League side in Group F have already qualified. It is down to Shakhtar and Lyon to fight over who advances with Manchester City.

Skakhtar might feel they have the advantage at home, where only City have beaten them since April. But the war in Donbass means ‘home’ is now 720km away in Kiev’s Olympic Stadium. And Lyon do not even need a victory on Wednesday; a two-point gap over the Ukrainians means a draw would be good enough to see them through.

What’s more, the French side are one of just six teams still unbeaten in this season’s Champions League, having already played City home and away. They have done the hard part, and might well consider this final step much easier – although a 2-0 defeat to Rennes at the weekend was hardly ideal preparation.

Shakhtar could take courage from the fact that only City have beaten them in their last 21 games. Everything really is still to play for. Outside of Tottenham and Liverpool’s respective fates, it is pretty much the only Champions League game with anything meaningful on the line.