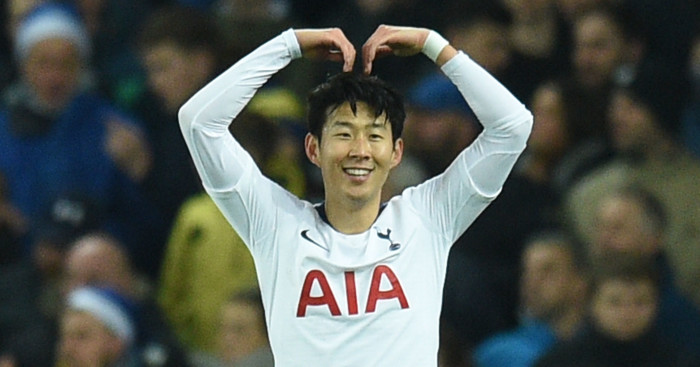 Game to watch: Liverpool v Barcelona
“If we can’t do it, let’s fail in the most beautiful way.”

Liverpool are without Roberto Firmino, without Mo Salah, and seemingly without hope after losing the first leg 3-0 in Barcelona. Yet, somehow this feels doable. Partly because this is Liverpool and this is Europe, and partly because this Barcelona side is oh so vulnerable away from home in Europe.

Since they last won this competition in 2015, Barcelona have lost knock-out away legs 2-0, 2-0, 4-0, 3-0 and 3-0, while drawing with Chelsea and Lyon. That the only such away clash they have won since 2015 came against a woeful Manchester United should provide some comfort to a Liverpool side which is 28 points better than their rivals. Beating this Barcelona side 3-0 at Anfield presents more of a rather large hill than a mountain. Qualifying from this scenario is certainly not the 16/1 shot that some bookmakers would have you believe.

“It’s possible it’s our last Champions League game of the season so let’s celebrate it with our legs and our lungs,” said Klopp, suggesting that Liverpool will leave nothing on the pitch despite a Premier League title showdown on Sunday. He clearly believes he can get another 180 minutes at least out of players who have already given over 4,000 (Alisson, Virgil van Dijk, Sadio Mane, Andrew Robertson). And you believe him.

It might sound like a cliche but it is all about that first goal. It’s game over if it goes to Barcelona, but if Liverpool score within the first crucial 30 minutes, you might just fancy them to score two more in an hour against a defensively vulnerable side who will be fighting those voices whispering ‘oh no, not again’ (except probably in Spanish).

Divock Origi to book a Champions League final place, anyone?

Player to watch: Son Heung-Min
The one good thing about the petulance of Saturday leading to an early clocking-off for Son is that he is one Tottenham player who will not be absolutely knackered after those ultimately pointless exertions at Bournemouth. And boy do Tottenham need him in Amsterdam.

It was not the ‘ridiculously one-sided’ shoeing that some hyperbolic journalists would have you believe but Tottenham were initially bewildered by Ajax in London before claiming a (pretty toothless) foothold in the game. What we do know is that Spurs will probably need more than one shot on target in the away leg, and to that end the return of Son from suspension is priceless. Being without your two natural goalscorers naturally creates goalscoring problems. Who knew?

As Seb Stafford-Bloor so eloquently wrote last week: ‘Pochettino will have Son Heung-Min available in a week’s time. Son’s goal threat is of critical importance given the deficit that Spurs will be chasing, but he also aligns conveniently with those Ajax issues. From a structural perspective, his mobility offers a waspish pressing option that Tottenham didn’t have in London and his speed will restore the counter-attacking threat that proved so invaluable against Manchester City.

‘More importantly, though, he offers a direct challenge to any isolated full-back, forcing a defence to compensate and leave space somewhere else within the attacking zone. Son is two-footed, he can beat his man on either side, and one defender alone can’t mark him.’

Watch him. Watch this game.

Manager to watch: Maurizio Sarri
We have made no attempt to hide our glee that Chelsea have exceeded expectations this season, given the campaign waged by fans and media to bring down Maurizio Sarri. After being subjected to “f*** Sarriball” and “f*** off Sarri’ chants this season from some fans, and descriptions of him as a chain-smoking bumbling idiot from some sections of the press, he has shown remarkable dignity to lead this team back to the Champions League, improving Chelsea’s points total along the way.

Over the last eight Premier League matches, Chelsea have picked up four, five and six more points than Arsenal, Tottenham and Manchester United, two of whom finished above the Blues last season. When the pressure was on Chelsea and Sarri, they delivered – without a great deal of help from petulant supporters, it must be said. That Sarri did not take part in Sunday’s ‘lap of appreciation’ with his players is absolutely right; he has not been appreciated or even tolerated by some.

He may also have argued that Chelsea still have one more home game – this Thursday against Eintracht Frankfurt, who spent the weekend being paddled 6-1 by Bayer Leverkusen after making four changes – that really, they should expect to win to claim a place in the Europa League final. Do so and there really should be some appreciation shown to a manager who was given one permanent outfield signing with which to pull off a revolution. That he has managed the first stages of an evolution should be applauded.

Team to watch: Arsenal
They were rotten on Sunday. Truly rotten. After they were handed the gift of Tottenham’s capacity for collapse, they left the gift in the pub after a couple of drinks. In truth, a top-four spot would have flattered them. Instead, it can flatter Tottenham while Arsenal get on with the business of potentially emerging from this season with more trophies than either Spurs or Liverpool.

Unai Emery said in the wake of the 3-1 home win that the tie was still 50-50; he didn’t elaborate but it’s only really 50-50 because this is Arsenal and there is a presumed capacity for f***-up. Let’s face it, losing 2-0 in Valencia sounds entirely possible. Probable, even.

A list of Arsenal’s top scorers in all competitions perfectly illustrates the problems they face while trying to score enough goals to compensate for a rotten defence: Aubameyang 25, Lacazette 18, Ramsey 6, Mkhitaryan 6, Ozil 6. In the absence of Aaron Ramsey, can any other midfielder be the link man between midfield and isolated strikers? There’s only so far the tactic of ‘waiting for one of the strikers to bail us out’ can take a team, surely?

There’s a lot of work needed this summer to keep Arsenal clear of Wolves, Leicester and Everton – forget about bridging the gap to the top two, that is ridiculous – but that work will be made a whole load easier if the transfer budget exceeds the £50m reportedly earmarked for another Europa League campaign.

This flawed squad potentially has 180 minutes to turn an okay season into a pretty bloody good one.

Play-off game to watch: Newport County v Mansfield Town
Now this is where football becomes brilliant/cruel. Mansfield dropped out of the League Two automatic promotion places on the last day, while Newport are only in the final play-off spot because of a late equaliser on that final afternoon. The Stags have had the better season but the Exiles are in far better form, having put together a ten-match unbeaten run at exactly the right time.

“At the start of the season we would have bitten your hands off for seventh,” said Newport manager Michael Flynn this week. “We have a bottom-three budget, but we have a formula that means we have a group of lads who play above themselves more often than not.”

So if watching Arsenal and Chelsea play below themselves is not your thing, flick over to Sky Sports on Thursday night. And spare a thought for poor Matt Stead, and not just because he had the misfortune of being brought up in sodding Mansfield.