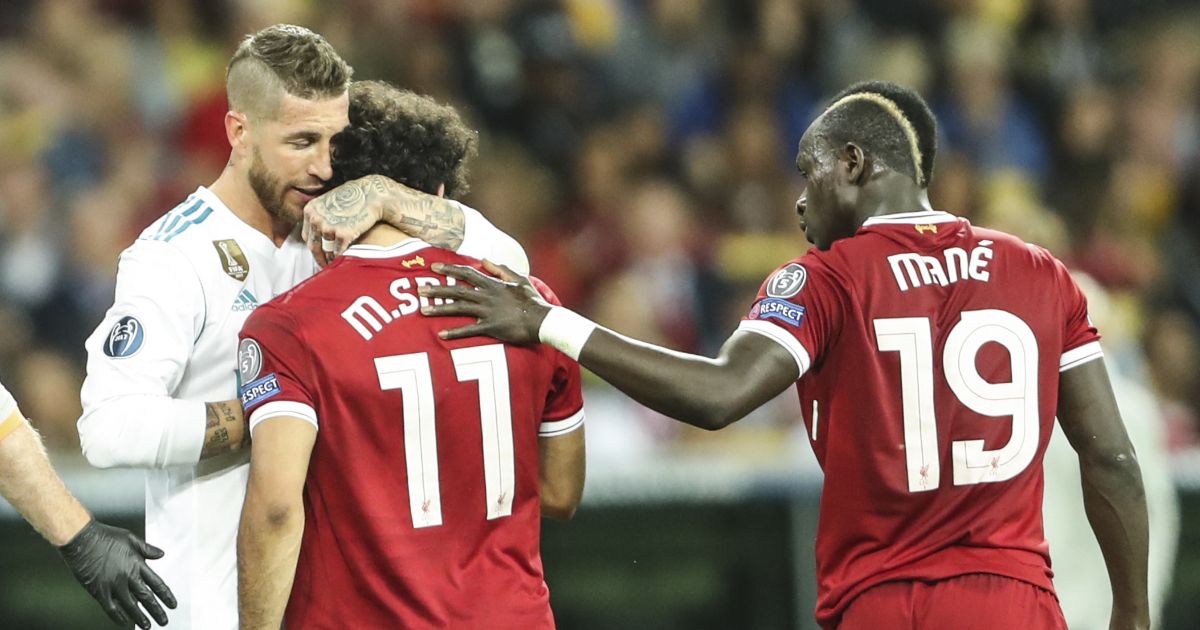 Real Madrid v Liverpool, is it? Bring it on. This week looks sodding brilliant. Just brilliant.

Game to watch: Real Madrid v Liverpool
Because of course it is. They’ve won four of the last five and five of the last seven Champions League titles between them, and this is their first meeting since the 2018 final, when Sergio Ramos earned himself a permanent place on the Scouser Sh*tlist.

His absence from this game is perhaps for the best in order to prevent sheer narrative overload, but it’s still a bit of a shame. Not that this is a fixture or a stage that requires any help.

Perhaps the most interesting thing is just how important this tie has become. Real Madrid are just about clinging on in a La Liga title race against Barcelona and Atletico Madrid, and face the unwelcome prospect of having to squeeze in a Clasico between the two legs of this quarter-final.

Liverpool are long out of the Premier League title race after a bizarre collapse. They might yet have to win the Champions League just to get back into it because at the moment they’re not as good as West Ham but have a very good chance of beating Real Madrid.

Football is weird at the moment. Talking of which…

Team to watch: Chelsea
That was a bit weird, wasn’t it? A Chelsea team that appeared to have entirely got its expensively-assembled and outrageously talented act together under Thomas Tuchel threw in something worse than anything seen under Frank Lampard in a baffling 5-2 defeat to West Brom, who have now scored very nearly a third of their Premier League goals for the season against Chelsea.

A swift return to what we’d all taken to be normal service is needed with Chelsea having been handed what looked on paper a pretty plum draw for this stage of this competition against Porto but which suddenly looks like a giant trappy banana skin waiting to expose these new – or re – found faults in the Chelsea backline.

A return to the football that produced the clinical and oddly bloodless victory over Atletico Madrid in the previous round would be most welcome for club and manager, otherwise people will start to talk. Lord knows it won’t take much for tabloid focus to intensify on Tuchel, the man who shot Bambi.

Player to watch: Erling Haaland
Pep Guardiola can insist Manchester City won’t be signing European football’s hottest talent as much as he likes. The facts are that he is playing against them in a Champions League quarter-final and the headlines will be written come what may.

City are the best team in Europe right now, but that is unlikely to faze a player who has set about demolishing records in this competition, reaching 20 goals in a preposterous 14 games. He’s scored two in each of his last four appearances in the competition and has already outgrown his Borussia Dortmund stepping stone faster than even his own agent envisioned. He is ready for that superpower move and it looks increasingly likely to happen this summer.

Dortmund are also in pretty miserable form, finding themselves a worryingly distant fifth in the Bundesliga and unconvincing winners over Sevilla in the last 16 despite Haaland’s relentless and unstoppable brilliance.

Beyond the obvious and vulgar transfer side of it, Haaland is the player to watch simply because if City’s old Champions League knockout frailties are to resurface yet again, then he will almost certainly have been the man to cause it.

Manager to watch: Ole Gunnar Solskjaer
Still can’t work out either the manager or his team. Are their frequent come-from-behind wins evidence of how good he and they are, or evidence of their fundamental flaws? Should they be doing far better, or is Solskjaer’s sheer That-Night-In-Barcelona will to win dragging them up the table?

Either way, and however much Solskjaer now protests otherwise, being Manchester United manager means winning trophies. They are all but certain to finish in the top four now, which means the domestic season gets a passing grade. But success in what now looks an eminently winnable Europa League as supposed threats fall away and the draw takes a kinder turn would truly elevate things.

It would be vindication for Solskjaer and his team, and whether or not it answers the questions doesn’t really matter because it will silence them. For a few months at least.

Football League game to watch: Norwich v Huddersfield
With Norwich’s lead over third place standing at 15 points and games remaining now well into single figures we’re getting pretty close to mathematical confirmation of what has long been apparent: Daniel Farke’s side are coming back to the Premier League.

Huddersfield did the Canaries a favour at the weekend by holding Brentford to a 1-1 draw but will be keen to avoid a similar fate themselves having been held to the same scoreline in their last two league games. By Norwich’s standards this season that constitutes quite a significant blip.

European game to watch: Bayern Munich v PSG
A repeat of the 2018 final on Tuesday night is followed by a repeat of the 2020 final the following day. Repeats of the 2019 final seem unlikely to be found outside domestic competitions for a while, but we’ve got the beaten manager involved to keep the theme going.

Anyway, let’s all hope this is better than either of those finals were.