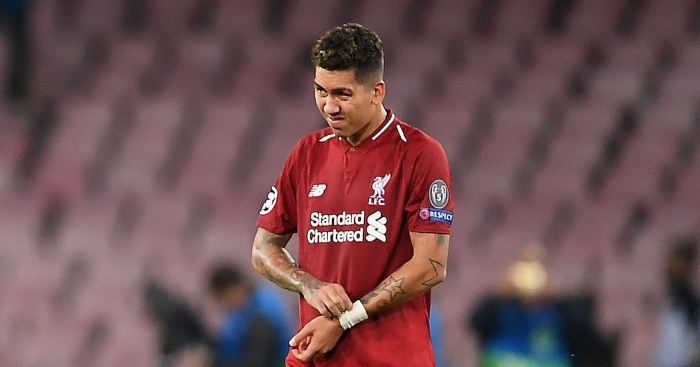 We saw that fight on Saturday. Bournemouth had started the season in wonderful form, and beating them should not be overlooked or dismissed; coming from behind to do so turned a fine result into an excellent one.

But against Juventus, United seemed to surrender far too easily. There was no tangible sense of a comeback at any juncture after Paulo Dybala opened the scoring in the 17th minute, no sense of inevitability that the hosts would soon be on level terms. United had one shot on target in the 73 minutes they were behind, and Anthony Martial’s stoppage-time effort was comfortably saved by Wojciech Szczesny.

Jose Mourinho suggested there was little he could have done after the match, instead using the result as yet another plea for further investment from his beleaguered board. “They had Gonzalo Higuaín, Mario Mandzukic, Dybala and want more,” he said, discussing a supposed failure of transfers, not tactics. “They want Cristiano Ronaldo. They had Andrea Barzagli, Giorgio Chiellini, Daniele Rugani – they are not happy, they want more, they want Leonardo Bonucci and they go for the best players in the world. So: big club with a big past but with also a big desire to have a big future.

“It is not easy because many of the players they belong to these top teams, so we work with what we have and we try to improve with what we have. Juventus were at a different level of quality, stability, experience and knowhow.”

On Wednesday, Mourinho must use his own “quality, stability, experience and knowhow” to bridge that gap. He cannot use the return fixture as another excuse to point at his squad and ask why this child receives bigger and better presents; United deserve more than their Champions League fixtures being used as pawns in a wider plot. To strive to reach the level of Juventus is no bad thing, but to not even try and match them until you are given enough money is pathetic.

They might lose, much like eight of the last nine teams to visit Turin. There would be no shame in that, and if United show enough effort and endeavour, there should be little criticism too. But Mourinho must display a willingness to meet halfway instead of demanding United come to him. This side has scored two goals or more in ten of their 15 games this season; we should expect more than two shots on target against any defence.

Player to watch – Roberto Firmino
The headlines went to Fabinho and Trent Alexander-Arnold, but just as worrying on Saturday was the performance of Roberto Firmino. The Brazilian owes his teammates an early Christmas card for taking the bullets.

Firmino was painfully ineffective at the Emirates Stadium. He did not have a single shot on target, nor did he create a chance against a defence that was supposed to be there for the taking. Xherdan Shaqiri, who did not travel to Belgrade for Tuesday’s game, laid on more opportunities in 11 minutes than the centre-forward in 79.

Perhaps a slight positional change is to blame. Jurgen Klopp described Firmino as “a very flexible player” last month, explaining his more reserved role in dropping deep to help out in midfield. But that appears to have had the opposite effect, neutering the forward’s natural defensive instincts. He has not made a single tackle in his last four Premier League games, having managed 12 in his previous four in an attacking role.

In Firmino, Liverpool once had the most uniquely brilliant centre-forward, one capable of both leading the attack with his creativity, as well as the defence with his insatiable counter-pressing. Klopp has sacrificed both for greater overall control, and you cannot argue with Liverpool’s start to the season. But it has come at the cost of Firmino’s brilliance. Since September began, he has scored four goals while failing to provide an assist in 12 appearances.

Klopp might view a visit to Red Star as an opportunity to relight his fire and help him escape this feelin’ of insecurity. But Red Star have not conceded more than once at home since May 2017 – a run of 44 games in which they have hosted Arsenal, Red Bull Salzburg and Napoli. While it will not be easy, Liverpool must use this chance to open up a gap at the top of Group C while Napoli and PSG fight amongst themselves.

Manager to watch – Unai Emery
Arsene Wenger was not speaking about the majority when he said that “our fans did not give the image of unity that I wanted” in April. “That was hurtful because I feel the club is respected over the world and, overall, the image we gave from our club is not what it is – and not what I like,” he added.

Seven months on, the Arsenal landscape has changed completely, and the skyscraper that once obscured the view has given way to a visible and bright future.

If the relationship between a team and its supporters is a two-way street, Arsenal fans have long had to give way for a club driving aimlessly, with neither hand on the wheel. But the Gunners have regained their bearings, and are on a journey that promises to be as exciting as the proposed destination. Liverpool felt the force of a united Arsenal at the weekend, with the manager, staff, players and fans all pulling in the same direction.

An unbeaten run that included fixtures against Brentford, Blackpool and Qarabag was always going to be cannon fodder for rival fans who thrive on point-scoring, but it has helped supporters reconnect with this team. That, in turn, inspires players to perform for them. The result is seven wins and one draw from nine home games this season. The only teams to beat them at the Emirates Stadium in 2018 are Manchester City and Ostersunds.

So Emery will know the importance of playing well in any home game, be that against Liverpool or Vorskla. Sporting, third in the Portuguese league, should be treated with due respect, but they are also as a team Arsenal are many levels above. A victory keeps the momentum going, but also puts the Gunners into the knockout stages.

Team to watch – Tottenham
By Mauricio Pochettino’s own definition, the Tottenham dream is already over. A draw with PSV in their last Champions League game leaves them teetering on the brink of elimination, fearing even the mildest of breezes.

It requires more than just an upturn in your own form, as Tottenham may soon discover. Even if they beat PSV on Tuesday and inflict all manner of revenge on Inter Milan in the next game, they must either overcome Barca or hope that Inter do not beat PSV in the final round of matches. If this is a delicate situation, it is one entirely of their own creation.

First thing’s first, of course: PSV must be beaten at home. They are a very good side, winning each of their first 11 Eredivisie games this season. But they are absolutely not a side Tottenham should struggle against on their own turf. Mauricio Pochettino last oversaw a European win at Wembley in December; that wait really must be brought to an end sooner rather than later.

European game to watch – Atletico Madrid v Borussia Dortmund
Three teams throughout Europe’s top five leagues have not lost a single game in all competitions this season. Some might argue that Chelsea and their losing of Community Shield finals excludes them from the company of Juventus and Borussia Dortmund, but not here.

One might expect a certain level of Juventus dominance, but Dortmund’s baby steps under Lucien Favre have quickly become giant strides. They are top of the Bundesliga, have not conceded in their three Champions League victories, and are scoring at a rate of just under three goals per game. If they can go to Atletico Madrid and maintain that kind of form, the competition might just have its dark horse.