Man United are trying to rewrite history, while Luka Modric really ought to step up some time soon. 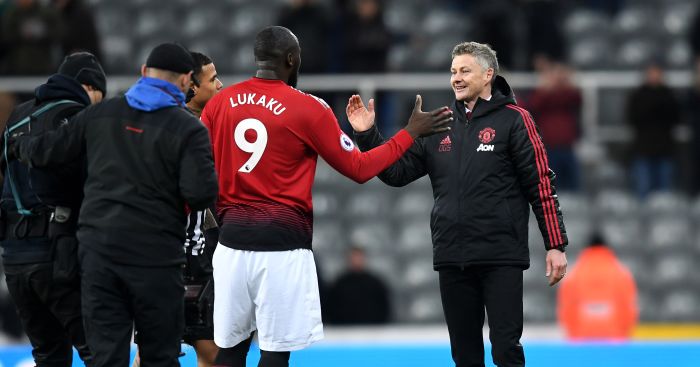 Game to watch – Paris Saint Germain v Manchester United
For an insight into just how mountainous a task Manchester United face on Wednesday, one has to go back half a century to the 1968/69 European Cup season. As Matt Busby’s United continued the unsuccessful defence of their crown by beating Rapid Vienna 3-0 in the quarter-finals, the previous season’s beaten finalists Benfica made light of a daunting trip to Ajax’s Olympisch Stadion by winning 3-1.

It felt like the end of Rinus Michels’ latest quest to rule the continent; there was surely no way back in the second leg. Yet Inge Danielsson and Johan Cruyff helped secure a surprise 3-1 victory at the Estádio da Luz the following month, and Ajax won a tie-breaking third match after extra-time to reach the semi-finals.

Milan would beat them in the final for all their efforts, but it remains the only instance in European Cup and Champions League knockout history that a team has overturned a first-leg deficit of two goals or more to advance when playing the second leg away from home. And United must emulate that feat against one of the world’s best teams, in one of the world’s most difficult stadiums.

PSG have lost just one of their last 16 home Champions League games, and have won all 14 Ligue Un matches at the Parc des Princes this season by an aggregate score of 50-5. Kylian Mbappé has scored seven goals in his last five games, Gianluigi Buffon has kept seven clean sheets in his last 13 starts, and Ángel Di María proved in the first leg at Old Trafford that he is not a complete fanny.

Neymar remains sidelined and Edinson Cavani could still be unavailable, but that pales in comparison to the hand United have been dealt. The suspended Paul Pogba and injured Anthony Martial will miss their French homecomings, with Ole Gunnar Solskjaer expected to be without up to ten players. They might have to do the unfathomable with the unthinkable central midfield of Scott McTominay, Andreas Pereira and Fred.

Perhaps that is no longer the point: the damage was done in a first-leg defeat that can, in part, be explained by injuries suffered during the game. United will simply hope to regain some of the pride that was lost at Old Trafford. That 2-0 defeat remains the only true setback of Solskjaer’s three-month reign.

But PSG will know not to count their chickens before they hatch and Phil Jones eats them whole. “Everything is going well and we are confident,” said Thomas Tuchel at the weekend. “But it’s half-time in this two-legged tie. A lot of people are saying to think about Barcelona, the 4-0 and then 6-1.

“Others say that Paul Pogba is missing and it will be fine. We must find the middle ground between these two views. We cannot play with fear nor with too much confidence.”

PSG might forever be haunted by that historic collapse against Barcelona in 2017, but they will take the smallest of steps towards exorcising those demons by finishing the job they started so professionally three weeks ago. The Parisiens have been beaten at this stage by Real Madrid and Barca in the past two seasons; an exit to an injury-stricken United still in the rebuilding process would be cataclysmic.

United themselves have only reached the quarter-finals of this competitions once since finishing as runners-up in 2011. It seems implausible that they could snap that streak on Wednesday, but few saw Solskjaer winning 13 of his 16 games in charge. Don’t rule them out just yet.

Player to watch – Luka Modric
Gareth Bale is ‘The Golfer’ with a below-par attitude, one that ‘bordered on professional negligence’ according to a Spanish newspaper on Monday. Sergio Ramos is the eternal villain, the sort of man who might insure his elbows for millions in case they are somehow compromised. Isco is adored by the Bernabeu fans but exiled by his manager. Karim Benzema is a fine Robin, but a terrible Batman.

It is easy to forget, amid the comparative crisis of a team third in La Liga and ahead in their Champions League last-16 tie, that Real Madrid still boast the world’s best player. The questions are mounting at a rate far quicker than Santiago Solari can answer them, and Luka Modric is hardly helping in that regard.

“Any team would miss Cristiano and finding a replacement for him is almost impossible,” said the Croatian on Monday. “When he left, the club intended for other players to cover his function. For the load to be spread among the other players in attack and that’s not easy. Cristiano scored 50 goals and you can’t find a player out there who scores that many.

“Perhaps some of the other players had to take a step forward and not score 50, but 20… two or three players to score 20, 15 or 10 goals. We don’t have that and that’s our biggest problem this year.”

Moments after insisting he was “not going to name names”, Modric then casually dropped “other players like Bale, Karim, Asensio, Mariano and Vinicius” into the conversation. One of the most experienced heads in the dressing room needed no persuasion to point the finger.

But Real’s problem, exacerbated by two consecutive El Clásico defeats, is not purely a blunted goal threat. The loss of Ronaldo was the loss of their main attacking threat, but also of a leader, a character and an influential figure. Modric is not expected to replace Ronaldo’s goals, but his Ballon d’Or trophy demands that he steps up elsewhere.

Of course, this is assuming that he is fit to play against Ajax on Tuesday. Philippe Coutinho broke his ankles just three days ago.

Manager to watch – Maurizio Sarri
It might come as a surprise to learn that Manchester City (15) and Manchester United (10) are the only Premier League sides to have won more games than Chelsea (9) so far in 2019. As far as crises go, being five points behind third place with a game in hand, losing a cup final on penalties and reaching the last 16 of European competition is hardly world hunger or global warming.

The deluded ditherer in charge has emerged from a trying and testing few weeks with his reputation not only intact, but enhanced. Kepa has been publicly rebuked and the manager has displayed an ability to learn and to adapt. Chelsea and Sarri both seem galvanised.

The key now is to maintain momentum, starting with Thursday’s visit of Dynamo Kiev. Chelsea are one of just three teams yet to be beaten in this season’s Europa League, along with Eintracht Frankfurt and Villarreal, and Sarri will realise the importance of developing and fostering a winning mentality.

He could also use the opportunity to build and reinforce bridges between him and the fans. Callum Hudson-Odoi would torment attack-minded right-back Tomasz Kedziora, Emerson Palmieri can continue to stake his claim for a regular first-team place, and Ruben Loftus-Cheek has completed as many dribbles in Chelsea’s last four games as Eden Hazard (10) despite playing just 70 minutes in that time. Time to unleash the various beasts.

Team to watch – Tottenham
If the first leg was the highest point of a rollercoaster season, it has been hurtling downwards at an alarming rate ever since. Tottenham have played three times since thrashing Dortmund at Wembley, losing twice and drawing once.

The injuries are no longer a pressing concern. Harry Kane has hardly missed a step since his return, Harry Winks and Eric Dier have travelled with the squad to Germany, and Dele Alli is back in first-team training. But the club are starting to reap what they sowed in the summer. Many may see Kieran Trippier’s absence as a boost of sorts considering his form, yet it sums up the inevitable fatigue blighting this stretched side.

They will surely not waste the three-goal advantage they earned in north London. Dortmund are an imposing side, still top of the Bundesliga, and unbeaten at the Westfalenstadion this season. While Mauricio Pochettino himself lamented the “massive disadvantage” his team face, the German side having had an extra 24 hours to prepare, that did them little good in the first leg.

The manager implored Tottenham to “play like we always play” in the second leg, irrespective of what happened in the first. It is the best possible approach. Spurs cannot afford to simply defend their lead; they have to regain the momentum that has been lost since they last beat Dortmund. This game might be as important to their Premier League aspirations as it is their Champions League hopes.

Football League game to watch – Derby v Wigan
It might be too simplistic to suggest Marcelo Bielsa loosened the lug nut, but it certainly does seem as though the wheels are falling off in familiar fashion for Derby.

The Rams won three of four games in the immediate aftermath of Bielsa’s memorable press conference in January, where the Leeds manager laid bare Frank Lampard’s systems, tactics and preferred personnel, as well as what Richard Keogh tends to have for breakfast every Thursday morning.

But they are without a win in five thereafter, exiting the FA Cup and slipping out of the Championship play-offs. Sunday’s 4-0 defeat at the hands of Aston Villa was an experience as humbling as it was worrying.

Lampard needs to succeed where his predecessors failed in arresting the post-Christmas slump. Wigan, unbeaten in their last five, are unlikely to oblige so readily.

European game to watch – Porto v Roma
Three weeks ago, Porto joined Liverpool and Barcelona in visiting the Italian capital and returning with a defeat. When in Rome, teams tend to come up short in the Champions League.

All is not lost, however. Adrian’s 79th-minute away goal gives Porto genuine hope of reaching the quarter-finals for the first time since 2015. Roma, semi-finalists last season, have lost their last seven Champions League knockout away games, a run stretching back to March 2008.

But Porto lost their last Champions League knockout home game 5-0 to Liverpool, and were beaten 2-1 at the Estádio do Dragão by title rivals Benfica on Saturday. It could go either way.