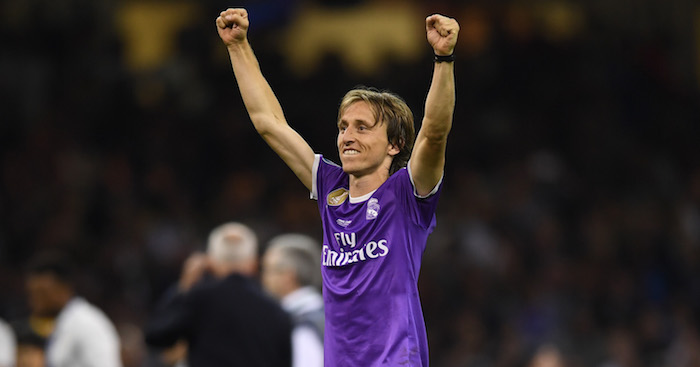 Game to watch – Northern Ireland vs Switzerland
There was an air of celebration amongst Northern Ireland supporters when the play-off draw paired them with Switzerland, and the happiness at avoiding Italy is understandable. Yet any relief at facing Vladimir Petkovic’s side is surely misplaced.

Switzerland’s rise over the last five years has been understated, but significant. They have used the FIFA world rankings system to their advantage and were seventh in the world before the latest set were announced, but this improvement is not simply falsely manufactured.

Switzerland won their first nine qualifying matches for World Cup 2018, including victory over European champions Portugal. They were pushed off top spot in their last game by that same Portugal team who topped the group only on head-to-head record, but Switzerland took more points than five of the nine group winners.

There are no standout, star names in Petkovic’s squad, but they should not be taken lightly. Ricardo Rodriguez is one of the best left-backs in Europe, while Yann Sommer is an accomplished goalkeeper and Fabian Schar a reliable central defender. Add in the Premier League midfield contingent (Granit Xhaka, Xherdan Shaqiri and Edimilson Fernandes), who all perform better for their country than club, and you have a team that, like Northern Ireland, are a team in truest sense of the word.

With the first leg coming in Northern Ireland, Michael O’Neill has little choice but to play for the win, but his team are hardly likely to be cavalier. Taking 19 of a possible 24 points in qualifying against teams who aren’t called Germany is a good start, but more important is that O’Neill’s side did not concede a goal at home to any other country. Switzerland are a significant upgrade on Czech Republic and Norway, but Northern Ireland will play for a 1-0 win and hope to sit on that advantage in the second leg. It might not be pretty, but effective is all that matters now.

Player to watch – Luka Modric (Croatia)
Those of us old enough to remember international tournaments in the 1990s will always have a hard spot for Croatia, but the truth is that this Golden Generation has so far failed to match the example set by those checkerboard-shirted heroes. A team containing Luka Modric, Ivan Perisic, Ivan Rakitic and Mario Mandzukic should be darker horses than Black Beauty.

Their previous defence was luck of the draw. Croatia were unfortunate to face eventual champions Portugal in the last-16 of Euro 2016 having beaten Spain in the group stage, and only lost to a late Ricardo Quaresma goal in extra-time. They were also eliminated in the group stages of the 2014 World Cup having drawn hosts Brazil and faced Mexico in a winner-takes-all game in conditions that favoured their opponents.

Yet that excuse does not apply to qualifying for World Cup 2018, when Croatia finished behind Iceland having lost to them and Turkey and dropped points at home to Finland. That provoked the sacking of coach Ante Caric on the eve of their final qualifying match, replacing him with Zlatko Dalic.

I have picked Modric here, as he is clearly their most talented player, but it could have been any member of this midfield of star club players. England are not the only country for whom the team seems to fall away from, rather than rise to, the big occasion. Now is the time to step up.

Team to watch – Netherlands
Diagnosing the downfall of the Dutch national team is a task that could take several weeks rather than paragraphs, but the short version seems to be that this is a country strangled by its past success, obsessed with recreating a footballing culture that is no longer within realistic grasp and thus neglecting an industry of coaches and therefore young talent. Missing out on the World Cup is not the cause of the misery, but a symptom.

In turning to 70-year-old Dick Advocaat, assisted by Ruud Gullit and having either been manager or assistant of the national team five times before his latest tenure, the Dutch FA have hardly opened their arms to the future. One of the benefits of the 24-team European Championship (with extra back-door qualifying route via the UEFA ‘what the f***’ Nations League) is that it makes it even more difficult for the Dutch to miss out. Why not embark on a period of introspection and then revolution as their great rivals Germany did?

As it is, Netherlands will now play a series of depressing friendlies before everyone swans off to Russia, like a forlorn boy putting his best suit on the for the summer prom despite having no date to accompany. Those supporters still hoping for those green shoots of change will hope that such games allow Advocaat to promote youth and attempt to provoke some optimism. Losing to Scotland in Pittodrie in November might just be their lowest ebb yet.

Manager to watch – Malky Mackay
If the Dutch thought they had problems with their manager, at least they aren’t Scotland. Gordon Strachan was sacked days after his novel idea to selectively breed big bastard footballers, and the Scottish Football Association somehow managed to find an interim replacement with a history of saying even more inappropriate things.

It is now over three years since Cardiff City owner Vincent Tan scuppered Mackay’s chances of landing the Crystal Palace job by revealing the content of messages sent between Mackay and sporting director Iain Moody. They included references to ‘Chinkys’, ‘Jews don’t like money slipping through their fingers’, a preference to sign white players, ‘gay snake’ and suggesting that all black people belong in prison.

Time may be a healer, but turning Mackay from a d*ckhead into someone you would be proud to manage your country seems like a job that would take decades, not a few years. If the sad argument that talent is more important than behaviour in sport rings true, it hardly explains this appointment. Mackay’s only job since leaving Cardiff City in December 2015 led to him being sacked by Wigan having won five matches in total.

Still, Mackay remains the manager to watch this week. If only to see if he can last 90 minutes on the touchline without being casually racist or homophobic.

One-on-one battle to watch – Haris Seferovic vs Johnny Evans
Switzerland’s best players are in their defence and midfield, but their attacking hopes rest on the feet and head of Seferovic, a striker attempting to establish himself as the main man at Benfica having moved from Eintracht Frankfurt in the summer. He has six goals in 13 games, but has started only one of their four Champions League matches.

On Thursday night he will face Evans, a man who also tried to engineer a step up the footballing ladder in the summer but was ultimately unsuccessful in that bid. Manchester City came closest to signing Evans and, while he could not have hoped to be anything more than back-up, Evans must rue that missed opportunity. His own form has dropped this season, and West Brom have been wretched since August. Suddenly Evans is in the Premier League’s bottom six.

Evans has been the rock of that defence, and will now be asked to keep the opposition at bay for two more games as Northern Ireland and Michael O’Neill look to continue their marvellous journey. I’ll be spending the entirety of both matches trying to work out how he isn’t 30 yet.

Non-league game to watch – Chester vs Wrexham
There is one domestic league game on UK television between Tuesday and Friday, so step forward Chester City and Wrexham.

I can’t tell you very much about this game, other than that it is known as the cross-border derby, because Chester is in England, although their ground is literally on the border with Wales. I know this because of this stupendous Wikipedia page that lists all the derbies in world football, of which Chester vs Wrexham is one.

Rather than me waffling on about a game I know very little about, shall we all just have half an hour on that webpage, and marvel at things like the Honduran Superclásico being a game played between C.D. Motagua and C.D. Olimpia and Jamaica’s Trench Town derby is between Arnett Gardens and Boys’ Town? Yes, let’s.