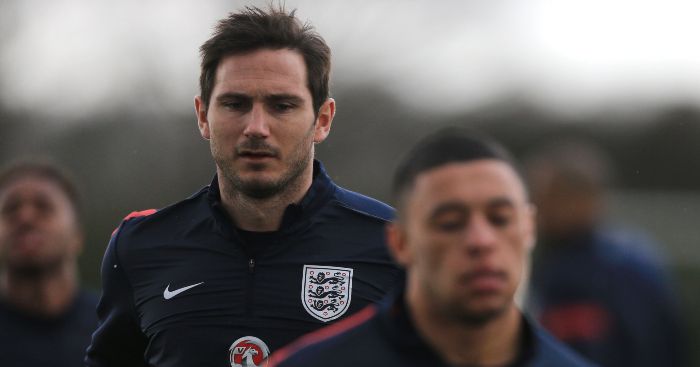 Game to watch – Red Star v Tottenham
“I saw a few games like this already,” said Jurgen Klopp, “and it is really difficult to find your mojo.” Liverpool had certainly been in possession of it previously, recording eight wins and earning 27 points from an unbeaten first 11 Premier League games before they visited Belgrade on November 6 last year.

Tottenham, by contrast, make that daunting trip exactly 365 days later with three wins, four defeats and 13 points from 11 league matches. Red Star beat an in-form Liverpool 2-0; what hope do a hapless Tottenham have?

It appears that the 5-0 victory over the Serbians two weeks ago was a false start. Tottenham have since played twice, surrendering to Liverpool and ceding whatever momentum remained to Everton in an insipid performance.

Their only win since October began came against Red Star, but there will be no repeat of what seemed like a potentially transformative performance and result. Tottenham have won just two of their last 19 away games in all competitions, drawing five, losing 12, scoring 20 goals and conceding 34. That is the equivalent of 11 points from an entire away league campaign; three clubs have already beaten that total in the Premier League this season, and only Huddersfield and Fulham failed to do so in 2018/19.

Champions League second-leg victories that ranged from impressive against Borussia Dortmund to incredible against Ajax are exceptions to a worrying, established rule of incompetence on their travels.

Teams Tottenham have been beaten by in that time include Crystal Palace, Burnley, Southampton, Bournemouth and Brighton. Teams they have failed to beat include Colchester, Olympiacos and Everton. The journey to Red Star is laced with precisely the kind of banana skin that has slipped them up all year.

Defeat would leave Mauricio Pochettino and his side two points behind second place in Group B, with Olympiacos to play at home but a visit to Bayern Munich still in the calendar. Any realistic chance of progression has to involve the avoidance of defeat on Wednesday evening at the very least.

And if Red Star can stun Liverpool at the Rajko Mitic Stadium in the same season the Reds were crowned European champions, the team they conquered in the final can only hope to spring their own surprise. Better teams and better managers in better form have been bettered in Belgrade before. At this stage, it would feel like genuine progress if Tottenham won.

Player to watch – Alex Oxlade-Chamberlain
Jurgen Klopp has a decision to make. The Liverpool manager might profess to not have Manchester City on his mind, to be taking each game as it comes and be looking no further ahead, but he would be a fool not to take Sunday into consideration as he prepares for the visit of Genk.

He must already have a plan to overcome the reigning champions at Anfield, an idea of the players he will trust to thwart and thrive. Liverpool did not juggle a Premier League title challenge and Champions League success by accident last season.

Some calls are straightforward: Alisson, Fabinho and a handful of defenders will likely play both games. Sadio Mane, Mo Salah and Roberto Firmino will start against City, thus one will likely be rested for Divock Origi on Tuesday. And as ever, the midfield selection is almost impossible to call.

The case of Alex Oxlade-Chamberlain is most intriguing. His appearances since October began are evidence to his range of talents: the stunning goals against Genk; the instant impact as a substitute at Manchester United and Aston Villa; the impeccable pulling of strings against Arsenal. Four appearances, three competitions, too good, one player.

Klopp name-dropped him for a reason. He offers something no other player in this squad can, a certain drive and impetus unmatched by his teammates. City should know. Oxlade-Chamberlain has started against them three times since he joined Liverpool, scoring two goals and assisting one.

Another standout performance on Tuesday could force his manager’s hand when it comes to Sunday. Even if he doesn’t face Genk, feel free to watch his face light up as he realises he’s being rested specifically to go up against Pep Guardiola’s side.

Manager to watch – Frank Lampard
It would surely have been enough to make the man himself wince. A 2-1 victory over Watford, the Premier League’s bottom club, generated such remarkable fanfare that Frank Lampard was described as the second coming of one of football’s greatest coaches just four months into his Premier League career.

Chelsea were unbeaten in all competitions, two points behind leaders Manchester City, still in the League Cup and ambling through their Europa League group at this stage last season; they were at least as good as they are now, and not all of that is down to Eden Hazard. Yet there was no such comparison with Sir Alex Ferguson, and by January he was ‘wild’ and ‘floundering’ all the way to third place and two major finals.

Lampard, all too aware of the media’s innate ability to build someone up before subsequently trying to demolish them, should certainly be happy enough emulating his predecessor. This run of eight wins in nine games is excellent but unsustainable, and feet must be kept fixed firmly to the ground even amid the inevitable excitement.

Tuesday will offer a valuable yardstick, a useful barometer to judge this side. Last month’s victory in Amsterdam was Lampard’s most impressive yet but it must be placed into context: Ajax lost at home to Real Madrid and Tottenham and drew with Juventus in the Champions League last season, but beat all three away.

Erik ten Hag orchestrated a swashbuckling victory at the Santiago Bernabeu, a remarkable renaissance in Turin and a masterclass that deserved more in north London, all this year. Lampard must stop these guests putting their feet on the coffee table, changing the channel and making themselves feel at home.

Team to watch – Arsenal
If only because playing at ten to four on a Wednesday afternoon feels decidedly sordid, like not ejecting a USB device safely, or trying this at home when both Ant and Dec have specifically advised you not to.

Even the worst-case scenario in Portugal will not end Unai Emery’s reign. Arsenal, for all their trials and tribulations, are top of their Europa League group with a perfect record, and currently occupy the exact same Premier League place in which they finished last season.

But even those underwhelming positions have been achieved in spite of the manager rather than because of him. The lack of discernible tactics, the woeful game management and the worrying suggestion that “tactically it worked how we wanted” against Wolves – when they had ten shots to 25 in a 1-1 home draw – are typical of a manager’s end game.

Those who blamed Granit Xhaka were left pointing their fingers into the abyss on Saturday. Those who called for the return of Mesut Ozil were shouting into the same black hole. The insistence that Alexandre Lacazette and Pierre-Emerick Aubameyang must play together; the demand for Dani Ceballos to play; the belief that the return of more suitable full-backs will transform the club’s fortunes. Every excuse has been expended, every but stubbed out.

When you start to lose the players, the war might already be over. Wednesday’s opponents are the only side Arsenal have beaten in their last five games – and that was through two free-kicks in the last ten minutes. Emery can only hope to sponge off Vitoria again to delay what looks to be the inevitable.

Football League game to watch – Portsmouth v Southend United
For a taste of how things might not have gone to plan for Southend this season, consider that they are seven points above a Bolton side who had 12 deducted, started the season fielding their youth team and still have three games in hand.

At least they were vaguely prepared for such incompetence. Chris Powell was sacked in the midst of a 15-game winless run back in March, with replacement Kevin Bond dragging the Shrimpers to survival on goal difference. Harry Redknapp’s sidekick was subsequently shown the door himself in September, with only Bolton keeping them off the foot of League One.

Portsmouth expected far greater things. Last season’s jaunt to the play-off semi-finals, only to lose to fellow fallen giant Sunderland, does not look likely to be repeated. Kenny Jackett is in danger of being removed after just four wins from 14 games to open the season.

All is not lost: they have at least one game in hand on the majority of teams around them, and an eight-point gap to sixth is hardly insurmountable. But something intangible seems to be broken at Fratton Park, and they are closer on points to struggling Southend than leaders Wycombe.

They remain strong favourites at home on Tuesday, having lost on their own turf just twice in the league this year. But I am Sol Campbell.

European game to watch – Borussia Dortmund v Inter Milan
And so to the Westfalenstadion, where two of Europe’s sleeping giants are setting themselves up for a mighty fall.

Dortmund are second in the Bundesliga, three points behind Borussia Monchengladbach, losing once all season.

Inter Milan are second in Serie A, one points behind Juventus, losing once all season.

Dortmund and Inter Milan are level on points in Champions League Group F, with Barcelona’s start meaning only one qualification place is likely to be available.