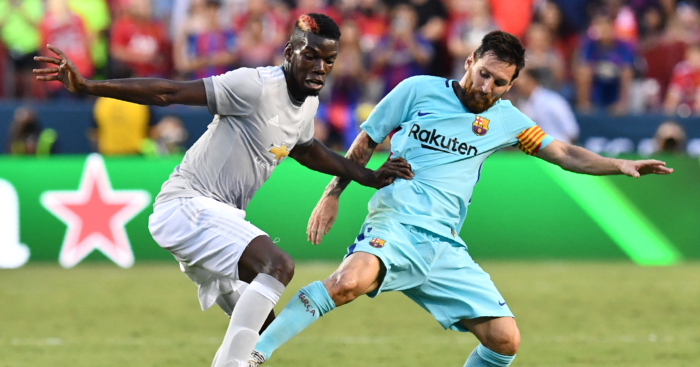 Liverpool were overwhelming favourites to defend their continental crown when they were drawn against English champions Nottingham Forest in the tournament’s first round in 1978. Aside from the Inter-Cities Fairs Cup, it was Forest’s first foray into European competition, one Garry Birtles recalled was bound to end “without even getting out of the country”.

“We thought we’d be going to Italy or Spain, somewhere a bit exotic,” he said a decade ago. “Drawing Liverpool didn’t seem right. Partly because it wasn’t much of a trip and partly because they were such a fantastic team we thought we were bound to lose.”

But Forest prevailed. Kenny Dalglish felt it was naivety that got the better of a side that had won consecutive European Cups and two of the previous three Division One titles. “Because we were playing familiar league opponents we foolishly went chasing the game and got punished when Colin Barrett scored,” he said of the 2-0 first-leg defeat at the County Ground, which Forest consolidated at Anfield with a goalless draw two weeks later.

If that story of a European novice overcoming its domestic bigger brother on a different stage does not inspire Tottenham over the next fortnight, last season’s events ought to.

Liverpool were third, 18 points behind title-chasing City ahead of their quarter-final first leg at home to Pep Guardiola’s side 12 months ago. They had 66 points from 32 games and were cast as the underdog.

Tottenham are fourth, 16 points behind title-chasing City ahead of their quarter-final first leg at home to Guardiola’s side on Tuesday. They have 64 points from 32 games, have been cast as the underdog, and can learn lessons from both recent and distant history.

They will finally deliver on a promise of their new stadium being the only place to watch Champions League football in London, with the hope being that the subsequent atmosphere matches the one Anfield conjured to stun City last season. That tie was practically over within the first half an hour; there will surely be no repeat.

Tottenham have lost their last three games to City, with Mauricio Pochettino beating Guardiola twice in 14 meetings. But in Harry Kane, Heung-min Son, Christian Eriksen and Dele Alli, they have players capable of making an impact in a two-legged game. Dortmund were dispatched with unerring professionalism in the last round.

The addition of a Premier League game in between the first and second legs brings another layer of intrigue, particularly with neither side in a position to prioritise the Premier or Champions League. City have a title to defend, while Tottenham are still uncertain of qualification for next season’s competition.

It should at the very least be entertaining. These two sides have not played out a goalless draw since August 2010, and the previous 21 all-English European Cup knockout matches have seen 54 goals scored at an average of 2.57 a game. Numbers are sexy.

Player to watch – Paul Pogba
“It is true that Pogba is a leading target of ours and obviously we are interested, but I can’t say anything more.” That was the public message sent by Barcelona president Josep Maria Bartomeu to Paul Pogba in June 2015, with the newly-crowned European champions waiting just six days to flutter their eyelashes at the beaten finalists’ most coveted player.

Pogba had even struggled in that defeat. He had two shots and failed to create a single chance as both he and Juventus failed to assert themselves on the grandest stage.

Barca have retained that interest over the intervening four years, and as recently as eight months ago. But Wednesday provides Pogba with the first chance to remind them what they have missed out on time and again.

United could perhaps do with a reminder too. After scoring nine goals and assisting seven in Ole Gunnar Solskjaer’s first 14 games in charge, Pogba has failed to score and assisted just once in seven matches. His own personal honeymoon with the new manager is over.

To rub salt in the wounds, United reached this stage largely without their most expensive player. The Frenchman was sent off in the closing stages of their first-leg defeat to PSG at Old Trafford in February, missing the remarkable second-leg comeback in his native Paris through suspension.

His return to the side in Europe must coincide with a return to form. Pogba was nowhere to be seen in his only previous appearance against Barca; it would serve both his and United’s best interests to right that wrong.

Manager to watch – Unai Emery
Monday evening must have been an awfully confusing time to be a football journalist. The sight of crisis-ridden Chelsea rising up to third will have left a bittersweet taste in the mouth of those who felt the hyperbolic reaction to Arsenal’s weekend defeat had been justified as the Gunners slipped down to fifth.

Unai Emery will happily point out that his side are three points behind Chelsea with a game in hand and a superior goal difference, but those protestations will forever fall on deaf ears when it comes to certain members of the Arsenal fanbase and media. How dare he a) not be Arsene Wenger, or b) not completely rebuild a 22-year empire in a single season?

With that said, the Spaniard has arrived at a crossroad of sorts. Two routes to the Champions League remain available to Arsenal, yet both are littered with obstacles. As daunting as four away games in their last six Premier League matches must be, a Europa League double header against Napoli is hardly a more forgiving prospect.

It was the worst draw possible. Gli Azzurri are not quite as brilliant as they were under Maurizio Sarri last season, but they are still second in Serie A and beat Liverpool at home in October.

But the first leg of this Europa League quarter-final is in north London, giving Arsenal a chance to lay down some solid foundations. Manchester City are the only side to earn more Premier League points at home this campaign, with the Gunners losing just one of their last 12 European games at the Emirates.

Napoli are favourites both for this tie and – save for Chelsea – the competition overall. Arsenal have struggled in recent weeks as the supposed superior side against Everton, Rennes and BATE, but looked far more comfortable as the underdog against Manchester United and Tottenham. The stakes feel higher than ever.

Team to watch – Liverpool
Jurgen Klopp can protest all he likes, but Liverpool received one of the two most favourable draws possible. If not Real Madrid-conquering Ajax, those left in the Champions League hat would have chosen Porto if offered.

“People around said so many things,” Klopp began on Monday. “Everybody wanted Porto until we were drawn with Porto. We didn’t want Porto to be honest. People only look at numbers and names and stuff like that. People with a proper idea about football didn’t want to have Porto.”

Yet people with an improper idea about football felt that facing a side second in the Portuguese league table was preferable to playing a direct Premier League rival, Barcelona or Juventus. You can see their argument.

Of course, there is no correct way to approach a tie against a team you have recently beaten so thoroughly. As disingenuous and transparent as it is to attempt to manage expectations, scoffing at an opponent’s chances would only serve to anger and inspire them. They already know Porto will be out for revenge.

But Sergio Conceicao’s side have regressed slightly even since Liverpool thrashed them 5-0 on aggregate last season. Porto won the Primeira Liga by seven points and lost just five times in 90 minutes in all competitions in 2017/18. They have already been beaten three times in the league and once in Europe this season, beating Roma after extra-time in the last round.

Liverpool, however, have improved. They have won nine and drawn five of their last 14 games, are top of the Premier League and might well see last season’s scoreline as a bar to try and clear. If not, use Jose Mourinho’s views as motivation.

Football League game to watch – Preston v Leeds
After ending 31 of a possible 40 gameweeks in the Championship’s top two (more than Norwich with 24 and Sheffield United with 10), Leeds are facing the very real prospect of finishing the season without automatic promotion. Losing to the Blades only became a problem when it was compounded by a defeat to Birmingham.

It could have gone differently. Patrick Bamford hit the post before Che Adams scored the winner in the 29th minute, while Sheffield United beat Preston 1-0. Therein lies the nature of this knife-edge battle, with both sides essentially swapping opponents this midweek.

Sheffield United travel to Birmingham on Wednesday while Preston play host to Leeds 24 hours prior, with neither side having any room to manoeuvre. A Leeds victory on Tuesday piles the pressure on their promotion rivals, but a draw or a defeat gives Chris Wilder‘s side a phenomenal opportunity to pull clear.

Norwich’s form has essentially dialed these last few games up to 11, with the Canaries opening up a seven-point gap on second with five games remaining. It would take a gargantuan effort to collapse from here, considering they would have to be overtaken by two sides too.

With West Brom six points below Leeds in fourth, it really does seem as though it is between them and Sheffield United for the final spot. Every game from here on in will feel like sudden death, starting with a Preston side who still harbour distant play-off hopes of their own.

European game to watch – Ajax v Juventus
Lasse Schone was practically greying with wrinkles and a mortgage at ten. Dusan Tadic was just seven. Daley Blind had recently turned six. Nicolas Tagliafico and Hakim Ziyech were both three. Andre Onana was just over a month old. Manager Erik ten Hag was in the prime of his playing career at 25.

For an insight into both how young this Ajax side is and how long it has been since they were last on a similar stage, five of the players who started in the 4-1 win over Real Madrid last month were not born when they were beaten in the 1996 Champions League final.

Juventus were their conquerors in a penalty shoot-out then as Ajax narrowly missed out on defending their European crown. This is just the fourth time in the subsequent 23 years that the Dutch side have reached the Champions League knockout stages, and the first time since 2006.

These two sides have met since Fabrizio Ravanelli and Jari Litmanen ran wild on that May evening in the Stadio Olimpico. But Ajax rarely come out on top, winning just twice in 12 attempts. They had beaten Real four times in as many matches before their last-16 tie.

But this youthful, exuberant and brilliant side need harbour no fear. Having already disposed of the Champions League’s greatest team, its best ever player is firmly in their sights.