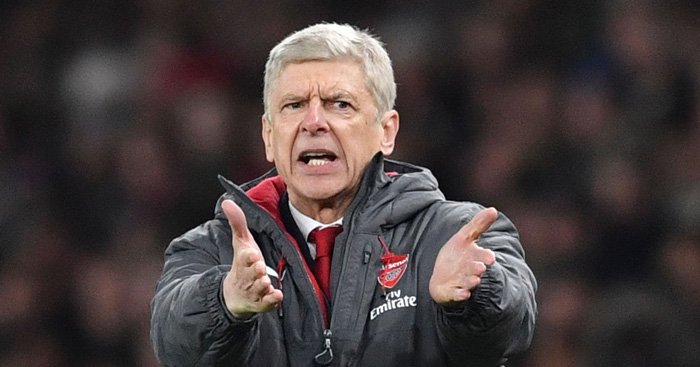 Game to watch – Arsenal vs Manchester City
I mean obviously. A game that stands out like a shining beacon in a difficult football week, particularly in comparison with the feast of the last fortnight.

There is something wonderfully naughty about Premier League football on a Thursday, like a bonus Bank Holiday or an unexpected free meal. For those of us who already like to treat Thursday evening as the start of the weekend, this is a wonderful excuse.

Arsenal vs Manchester City is a notable date on the Premier League calendar anyway, but following City’s dominance – and Arsenal’s limp capitulation – at Wembley on Sunday, this inevitably feels like the second half of a double header. Coming just four days after such a game, it’s hard to say how the mood in either camp can have shifted.

And yet Arsenal might well be able to salvage some pride on Thursday. They have won one and drawn three of their last four home games against City, and their last Emirates defeat to them came in January 2013. For all the calamity against Manchester United and Chelsea, the only time City have ever really punished Arsenal before Sunday was the 6-3 defeat in December 2013.

For all their domestic dominance, City’s recent away record is also far from ideal. Defeats at Wigan and Liverpool and draws at Burnley and Crystal Palace, all in the last two months. Given that Arsenal have won 16 of their last 19 league games at home, Arsene Wenger may even have made a stab at pre-game optimism. And then the stories came regarding his possible departure.

Player to watch – Lucas Moura
Tottenham’s resolve and resilience did indeed get them over the line against Crystal Palace, but did Mauricio Pochettino make a mistake in not starting Lucas Moura? Pochettino has been trying to integrate Erik Lamela after a long period out through injury, but the Argentinean was poor against Palace, and fortunate to stay on for as long as he did.

Having fallen out of favour at Paris Saint-Germain following the arrival of far more glittery imports, Lucas Moura is presumably just as keen as Lamela to get regular minutes. He was thrown on as a time-wasting substitute against Juventus in Turin with two minutes remaining, played and scored against Rochdale before being substituted and was given 25 minutes against Palace. So far, these are baby steps. Moura will presumably play again against Rochdale, this time making his Wembley bow. If he can be that game’s best player, as he was in the first tie, a first Premier League start cannot be far away.

Meanwhile, Pochettino is quickly learning that solving the issues of squad depth only creates another problem of keeping players who joined the club seeking regular minutes happy when they are not starting matches. It is not easy.

Last season, 11 Tottenham players started 30 or more league games; they had a first team and a reserve team. Now, Pochettino has six players (Kane, Son, Moura, Lamela, Alli, Eriksen) competing for a maximum of four places, and four (Dier, Wanyama, Dembele and Winks) competing for two in central midfield. Staying in the top four requires a squad rather than a first team. A squad requires managing.

Manager to watch – Arsene Wenger
The cycle has become so embedded that it is has long become a parody. When Arsenal suffer damaging defeat, Wenger admits that they showed mental weakness. When Arsenal win another game, Wenger talks up the victory as evidence of mental strength.

The rest of us wonder whether responding to adversity within the confines of the game itself might be greater proof of mental resilience than limp acceptance of defeat followed by days of soul-searching and then response, particularly when further humiliation is never more than a few weeks away.

This would otherwise not be a significant game for Arsenal. They are marooned in sixth place, eight points behind Chelsea in fifth and eight points ahead of Burnley in seventh. Their season is over, barring a run in the Europa League that will see them surely have to get past both Milan and Atletico Madrid if they are to qualify for the Champions League next season.

Yet after Sunday’s debacle it has to matter. Being embarrassed by the same team twice in four days (one who Arsenal finished five points above in the season before last) would only hammer home the reality that Arsenal are being managed into decline with Wenger and his bosses complicit in the degradation of this club.

Between now and May, Wenger cannot save Arsenal’s season but he can save face. It is too late to change the mood amongst a support who have been continually lied to about the club’s ambitions, but Wenger must now stop his own legacy being indelibly tarnished. For all the good times, we’re into the eighth year of stagnation.

One-on-one battle to watch – Ilkay Gundogan vs Henrikh Mkhitaryan
“He has been at Dortmund for three years,” said Gundogan of his friend and former teammate Mkhitaryan when he joined Manchester United.

“The first two years were not so easy for him, to be honest. He’s a player who needs self-confidence, who needs to play every time and prove himself to get better and better. At this time, we were not so successful, so it was not easy for him to adapt. He had a few problems.”

And so history did repeat itself. Mkhitaryan joined United at a time of great upheaval, and ultimately proved himself incapable of dealing with it and simultaneously producing his best football. Gundogan was right.

Which begs the question of how Mkhitaryan expects to fare at Arsenal, if he requires a tranquil stage on which to perform. The presence of Sven Mislintat was clearly important in tempting the Armenian to the Emirates, but this is the one club he could have chosen with greater upheaval than the one he last joined.

On Thursday, Gundogan and Mkhitaryan might well face each other directly. The injury sustained by Fernandinho at Wembley might cause Guardiola to recall Fabian Delph or move John Stones in central midfield, but it is certainly likely to increase Gundogan’s defensive workload. That is hardly his forte, and Mkhitaryan might consider himself the best person to exploit it.

Team to watch – Swansea City
Carlos Carvalhal knows that Swansea cannot afford to stumble back into poor form. Their wonderful run ended abruptly at Brighton on Saturday, but it also ends with Swansea still in the relegation zone. If that’s an indication of just how precarious their situation was before Carvalhal’s arrival, it also demonstrates that the battle is far from over.

It also gives Tuesday’s replay against Sheffield Wednesday added meaning. Carvalhal took full responsibility for Saturday’s defeat, the equivalent of throwing three strikers on the pitch on Football Manager in the hope that all-out attack would be the answer; it rarely is. Were Swansea to be knocked of the FA Cup by lower-league opposition and his former employers, questions will be asked as to whether the honeymoon has ended with a firm bump back to earth.

The FA Cup is clearly not Swansea’s top priority, but the importance of momentum cannot be overstated going into another mammoth home game against West Ham at the weekend. Carvalhal must weigh up the merits of resting players (West Ham have no midweek game) and picking a team strong enough to get through. The manager’s substitutions will also be under added scrutiny after Saturday’s debacle.

International game to watch – England Women v France Women
After the controversy, deleted tweets and apologies, Phil Neville will finally be judged as England women’s manager on what happens on the pitch. If the Football Association wanted a candidate who would raise the profile of the national team, they achieved that. Not all publicity is good publicity, mind.

Neville’s task is sizeable not just because he is now starting from a position of general suspicion and has no experience of coaching in the women’s game or first-team management of any kind, but because expectations are rightly high. England are ranked third in the world, and reached the semi-finals of the last World Cup and European Championship.

The SheBelieves Cup – hosted by the USA – is the most prestigious friendly tournament in the women’s game, and will test Neville’s aptitude. Last year the teams ranked first, third and fifth in the world attended, and this year England will face the USA (first), Germany (third) and France (sixth).

With the strength in depth of the women’s game lower than the men’s (England scored eight goals once, seven goals twice and five goals once) in eight qualifiers for Euro 2017, friendlies against high-profile nations are less of a chance to experiment and more a good judge of the state of each team. Neville will know England rank third of the four competitors, but that he cannot afford early setbacks if his suitability for the job is not to be called into question.

As the only country ranked below England, Neville’s first game in charge against France is the most important. Mark Sampson’s team beat France 1-0 in the quarter-finals of last year’s Euros. Anything other than a repeat would make last place in the tournament a distinct possibility.