Home All The News Big Nev: ‘F*ck Putin’ and Piers Morgan the ‘pr*ck’ 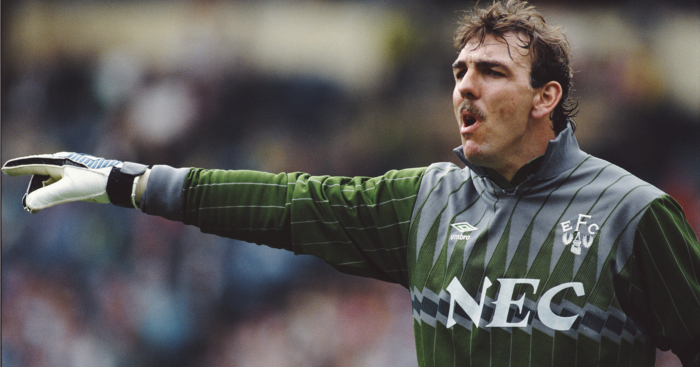 Neville Southall says England should have “sent the LGBT team” to the World Cup to challenge Russia president Vladimir Putin.

The former Everton goalkeeper has given a fascinating interview to The Guardian, discussing his support for sex workers and his backing for LGBT rights on Twitter.

“It’s all about uniting people,” said the Wales legend. “If we could unite all sex workers that would change their lives forever. The government would have to listen to them.

“If you unite all LGBT people there are millions. If you do the same with the mental health people and all the charities came together it would be powerful. Do you think Theresa May could ignore them then?”

Southall also had his say on the furore surrounding Raheem Sterling’s tattoo, which originated in The Sun before Piers Morgan waded in.

“That was brought up by some pr*ck,” Southall said. “Piers Morgan is a pr*ck. What gives him the right to say what can be on your body? If Sterling had tattooed a massive c*ck on his leg I would say: ‘It reminds me of Piers Morgan.’”

We take over @NevilleSouthall every Monday between 10pm-2am to support anyone affected by addiction or mental health issues #YouAreNotAlone pic.twitter.com/NiaxSHwta3

As well as the racial undertone to the debate over Sterling, Southall says the England winger “gets abused because he’s got lots of cash”.

He added: “Anybody successful in this country gets tons of abuse. Harry Kane? Best thing since sliced bread. I bet at the World Cup he gets called a hopeless w*nker.

“The Sun will be following all of them footballers around, hoping they f*ck up. Why do we love Frank Bruno? We love people who allow us to say: ‘Oh, he’s a great loser.’ F*ck off. I was glad Kane said: ‘We should talk about winning it’ – because they can.”

Southall was asked whether he is looking forward to the World Cup.

“Why would you go to a country where human rights are sh*t? Where homophobia is horrendous.

“England should have sent the LGBT team to represent them. F*ck Putin. ‘Here’s our gay team. What are you going to do now?’ Or they should send an all-black team, just to annoy Putin.”