Home All The News Big Sam encouraged by Remy, bemoans lack of goals 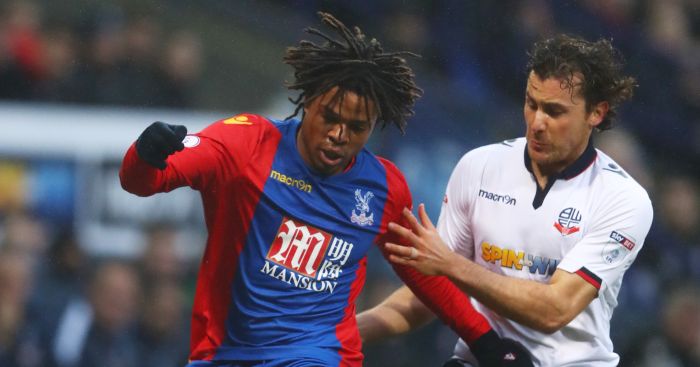 Crystal Palace manager Sam Allardyce bemoaned a lack of cutting edge as they were held to a goalless draw at his former club Bolton in the third round of the FA Cup.

On-loan Chelsea striker Loic Remy, making an injury-delayed debut, hit a post and looked the Eagles’ biggest threat but he played only 45 minutes, and the home side did even better in the attacking third with Carlos Vela coming closest when he headed against a post.

Allardyce is still looking for his first win since taking over last month, and with just two goals in four matches he knows where the issue lies.

“Being clinical enough in front of goal deserted us today but we haven’t had a clean sheet (since he took over) so at least we’ve got that,” he said.

“Bolton got better and better in the second half and we had to battle it out and we did.”

On the plus side the return to action of Remy, who has not played since April, was a bonus even if Allardyce admits he has to be handled carefully.

“He hasn’t played a single competitive game since he joined the club because of injury so 45 minutes is enough,” added the Palace boss.

“He wants to play more but we can’t afford him to get injured again because we want to see his pace and goalscoring ability.

“We saw a couple of flashes today which excited us all and hopefully he gets better and better the more match fitness he gets.”

Bolton boss Phil Parkinson was pleased with the way his League One high-fliers performed against top-flight opposition.

“When the draw came out we thought it would be interesting to see how we could acquit ourselves against Premier League opposition and we didn’t look out of place,” he said.

“It was a good team performance and a shame we couldn’t have found that moment to win the game.”

Parkinson was also full of praise for man of the match James Henry, who was a constant thorn in Palace’s side.

“I was very pleased with James. He hasn’t really played his best position on the right because Sammy Ameobi (who has now returned to parent club Newcastle) has done well,” he said.

“We extended his (Henry’s) loan from Wolves yesterday and he was excellent and could have scored two or three goals on another day.”