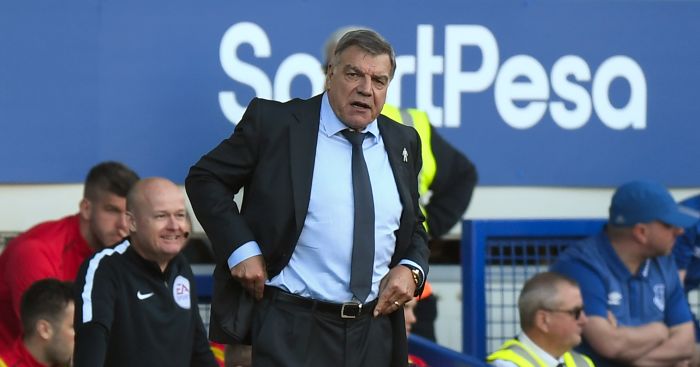 His playing style during his most recent spell in management at Everton came under fire from fans with the Toffees struggling to create chances and shots on target.

Allardyce has long been criticised even before his time at Goodison Park for negative tactics and boring football, however the former Bolton and West Ham boss insists that isn’t the case.

“The perception is I never play good football wherever I go. So even if I do, I don’t,” Allardyce told BT Sport.

When asked why there was that perception, Allardyce added: “Because of the reputation that got built in the past. What gets built in the past sticks with you in this game…it’s fake news! But it sticks and once it sticks it’s very difficult to get rid of it.

“Some of the football we played at Everton was very, very good and at times it wasn’t very good, but we still managed to get results. You can only get better results by adding better players. They weren’t my players apart from two.”

“I went and bought Theo Walcott and Cenk Tosun, so that shows you that the attacking players that you buy are trying to make the team better in possession going forward.

“At the end of the day, it is what it is. I did the job Everton wanted me to do and I thought it happened quicker than I thought it was going to happen, based on what I saw before I took over.

“I think because we were so successful at the beginning, it almost became a burden near the end when we didn’t take it even further.”

When Sam Allardyce came on #PLTonight and defended his playing style…