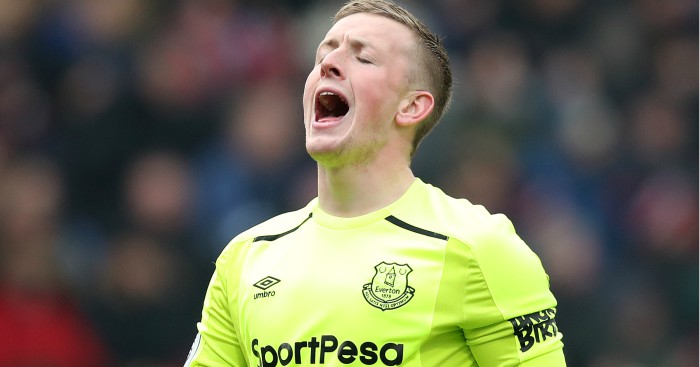 The Toffees duo were highlighted by Jamie Carragher on Monday Night Football after Gueye remonstrated with keeper Pickford following Burnley’s equaliser during the 2-1 defeat at Brnley last weekend.

“For him to run 20 or 30 yards to remonstrate with a goalkeeper, that’s not a one-off,” Carragher said. “There must be something going on behind the scenes between the two of them – something in the dressing room.

“If someone ran 20 yards to have a go at me I’d have them by the throat. Jordan Pickford just lets it happen.”

When Carragher’s claim was put to Allardyce, the Everton boss insisted there was no issue in the dressing room between the midfielder and the goalkeeper.

“It’s not nice when it’s on the field of play,” Allardyce said.

“But everybody today, in our politically correct world, think that then there is a real problem and escalate that into a problem.

“That isn’t a problem, that is someone airing their frustration in the right way, as long as it doesn’t go beyond that as a short, sharp burst.”