Home F365 Features Big Sam was right: Five managers who should never have gone back… 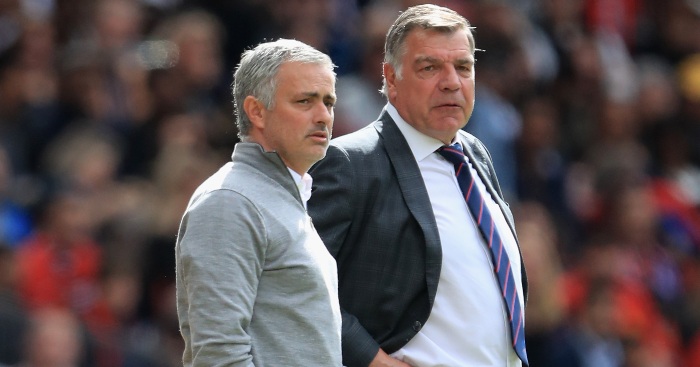 Sam Allardyce claims he has turned down a return to Newcastle: “I was very flattered that I was considered but it’s that thing… ‘don’t go back.’”

Howard Kendall
Kendall, once part of Everton’s ‘Holy Trinity’ alongside Alan Ball and Colin Harvey, returned initially to Everton in 1981 as player-manager, though he made only four appearances in that capacity before hanging up his boots. The Toffees legend struggled at first to turn his former side around and appeared on the verge of the sack in January 1984 before a couple of cup runs saved him. Like Sir Alex Ferguson at Manchester United, it was the FA Cup that was the catalyst for Kendall to become Everton’s greatest and most successful boss.

The following season, 1984-85, Everton came tantalisingly close to a Treble. They won the First Division title in style and tasted continental success in the European Cup Winners’ Cup. They ran out of steam in the FA Cup final, where Norman Whiteside’s curler earned ten-man Man Utd a Wembley triumph.

Though Everton finished as runners-up to Liverpool in the league and FA Cup the following season, Kendall regrouped the Toffees and wrenched back the title in 1987. With little more to achieve at Goodison Park, Kendall headed off to Athletic Bilbao, before returning to England with Manchester City. Then Everton came calling again.

Kendall said City was just an affair, he was wedded to Everton. But despite the bond, the manager – working alongside Harvey who he replaced as the main man – could not bring the glory days back to Goodison. The best he could do was to keep them away from the drop zone.

Succeeding him, Mike Walker and Joe Royle struggled even to do that. Their failings tempted Kendall back for a third time in 1997 when not even his magic could touch the Toffees. They escaped relegation on the final day of the season before Kendall left for a third and final time.

Steve McClaren
The former England manager made a decent fist of his first spell at Derby. His first season ended in heartbreak after losing in the Championship Play-Off final to a last-minute Bobby Zamora goal against his former side QPR. McClaren, though, seemed to lift the Rams again the following season and took them to the top of the table in late February.

Then Derby did what we now know Derby do. Their late-season form fell off a cliff and the Rams failed even to make the play-offs. Even on the final day, Derby only needed a draw at home to Reading to make the top six – they lost 3-0.

That collapse coincided with McClaren being heavily linked with the Newcastle job, which he took upon being sacked by Derby as a consequence of their failure. But, 17 months after being axed by the Rams – and six on from his dismissal at St James’ Park – McClaren rocked up again at Pride Park to take over from Nigel Pearson.

His reign was even shorter than his nightmare at Newcastle. Five months was all it took for Derby to pull the trigger, with the Rams suggesting they needed “a manager who shares our values and who is prepared to develop the team”. McClaren was hardly a stranger…

Jose Mourinho
Mourinho delivered another Premier League title after kissing and making up with Roman Abramovich in 2013, almost six years after the pair decided they could no longer work together, despite the Portuguese manager ending Chelsea’s 50-year wait for the championship in 2005 and retaining it in 2006.

So it may be harsh to lump Mourinho in with this lot but – after winning the title again in 2015 – Jose tarnished his legacy somewhat, with a huge helping hand from his players.

It began on the opening day of the season when he picked a fight he was never going to win against Eva Carneiro and his fall from grace accelerated from there. By December, the champions had lost nine of their 16 Premier League matches and the squad had evidently decided they didn’t much fancy life under Mourinho anymore.

“The club wishes to make clear Jose leaves us on good terms and will always remain a much-loved, respected and significant figure at Chelsea,” read the Blues’ statement upon Mourinho’s exit, but his subsequent returns to Stamford Bridge with Manchester United have suggested the fans aren’t singing from the same hymn sheet.

He reminds them how many Premier League titles he won for the club. pic.twitter.com/eqoWaFUPIZ

John Sheridan
Sheridan and Oldham can’t be apart for too long, it would seem, though surely his last reign at Boundary Park will prove to be his last.

The midfielder finished his playing career with the Latics in 2004, by which time he had already served as caretaker boss once in 2001. He got the permanent gig in 2006 and took the Latics to the play-offs in his first season in charge. Oldham missed out on the post-season fun the following year and were sat in eighth place – one point off the play-offs – in March 2009 when reports surfaced of a fight between Sheridan and some of his players at the dog track. That, and a subsequent 6-2 home defeat to MK Dons, cost Sheridan his job.

But he was back in 2016, only temporarily, as his guidance helped Oldham swerve relegation. That success earned Sheridan the Notts County job, which he lost by threatening to ‘knock out’ a fourth official. Nine straight defeats didn’t help his cause, but those concerns were not enough to sour Oldham’s fondness for their former player and manager. A day short of a year since he returned for a second spell in charge, Sheridan was back for a third go.

It didn’t go well. Oldham won only ten of his 33 games in charge and he was ushered towards the door with the Latics bottom of League One.

Until next time, John…

Francesco Guidolin
Guidolin is an even bigger sucker for punishment than Sheridan. While presiding for 15 years over Palermo, owner Maurizio Zamparini made 40 managerial changes in 15 years, with Guidolin involved in six of them during four spells.

The Italian coach’s first spell at Palermo was a huge success, with Guidolin taking the club from Serie B to sixth in the top flight in 2005 and into the UEFA Cup. Perhaps wisely, Guidolin decided at the end of that season to get out while the going was good.

Unwisely, he went back. Again and again. He returned first a year after his exit before being sacked twice during the subsequent 2006-07 season. His third dismissal came after a fifth-placed finish.

After deciding the QPR job wasn’t for him, Guidolin then succeeded his own successor when Zamparini gave Stefano Colantuono the shove. A fourth reign lasted less than four months and ended with Guidolin criticising the club’s fans as tensions strained beyond breaking point.

It’s fair to say that Swansea would only ever employ him once.